Cardinal George Pell meets with Pope Francis at the Vatican

Cardinal George Pell has met with Pope Francis for the first time since his child sex abuse convictions were quashed in April this year. 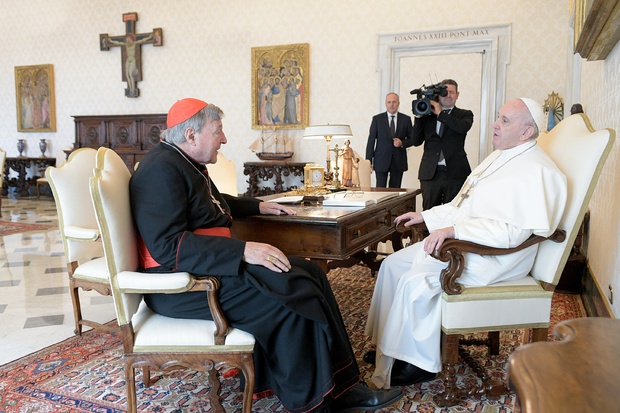 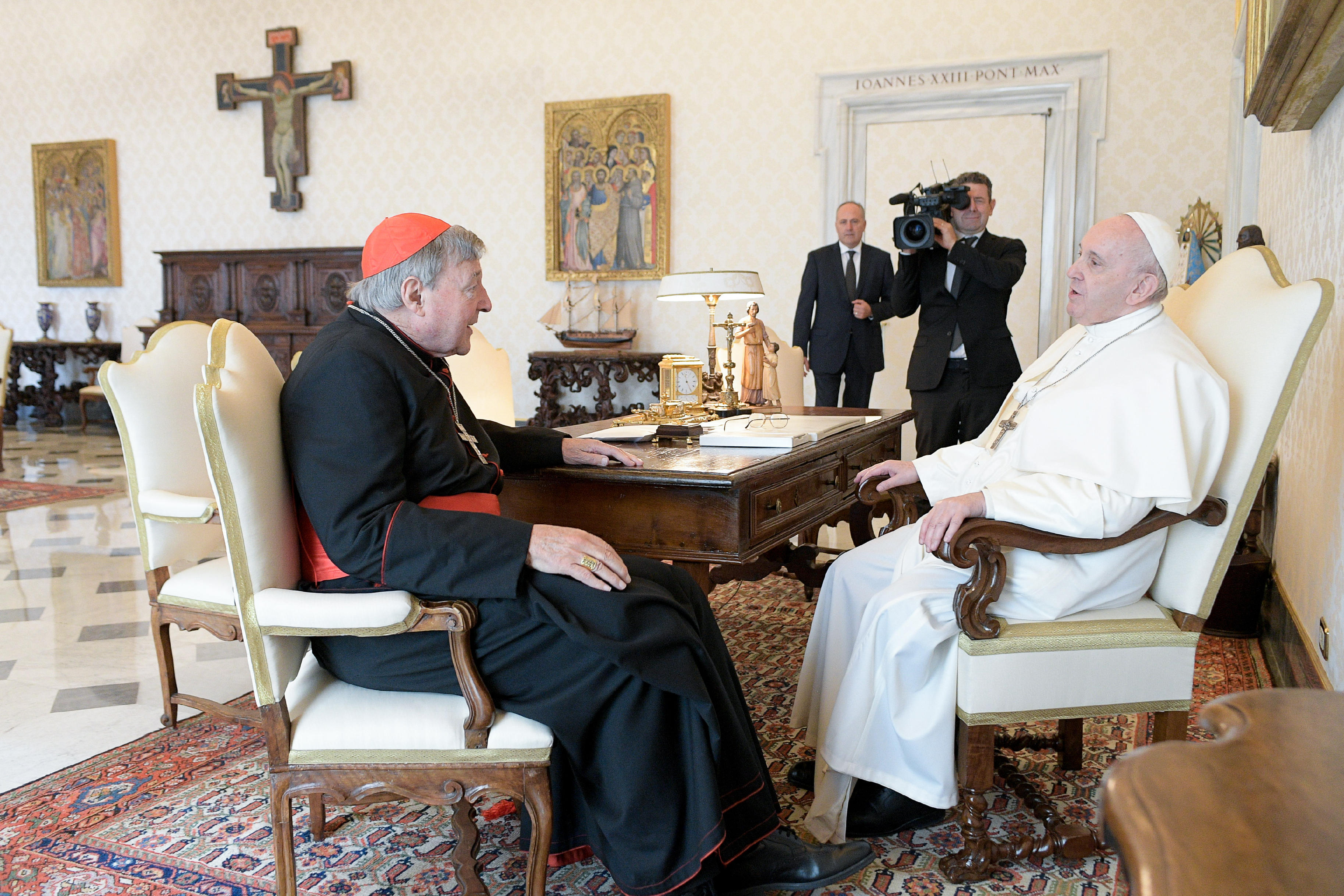 The meeting with the pontiff took place inside the Vatican and was confirmed in the Holy See’s daily bulletin.

The Vatican released two photos and a short video of the private audience, showing Pell sitting near the pope inside his office.

In the clip, Francis is heard saying “good to see you” and “more than a year”.

No further details were provided, but Pell told reporters in front of his residence just outside the Vatican walls that the meeting went “went very well”.

The pope and Pell did not wear face masks for the close meeting, despite the news that four of the Vatican’s Swiss Guards had tested positive for coronavirus.

The results came in over the weekend and added to three other residents or citizens of the Vatican who have tested positive in recent weeks, according to a statement.

Pell arrived in Rome at the end of September after a three-year absence when he returned to Australia to face allegations of historic child sex offences.

He had been convicted of sexually abusing two choir boys in the 1990s and served 13 months of his six-year jail sentence before the conviction was overturned by Australia’s High Court.

Pell has maintained his innocence throughout the trial and conviction.

🔴 BREAKING | #PopeFrancis met with #CardinalPell this morning at the Vatican. The Holy Father thanked Card. Pell for his witness. The private audience lasted 30 minutes.

Before his lengthy battle in court, Pell was employed as the pope’s finance minister.

The 79-year-old was once regarded as the third highest-ranking Vatican official and was attempting to combat the Holy See’s financial struggles.

He was sacked from his position following his initial conviction in 2019.

Pell’s return to the Holy See comes in the middle of a financial storm for the Vatican, after Pope Francis sacked one of Pell’s most fierce opponents, Cardinal Angelo Becciu, over embezzlement claims, shortly before his arrival.

Pell and Becciu had long clashed over the Australian’s efforts to bring greater transparency and accountability to the Vatican’s balance sheets.

“I hope the cleaning of the stables continues in both the Vatican and Victoria,” Cardinal Pell said in a statement.

Pell has returned to Rome in part to clean out his old apartment but also as a holiday before he is expected to travel back to Australia and continue to live in NSW, although not necessarily at his former ­residence in a seminary in ­Sydney.