Cheese and wine: A “marriage based on love”

The renowned gastronome, oenologist and writer, Luigi Veronelli (1926-2004), who was one of the central activists in the appreciation and promotion of Italy’s enological and gastronomic heritage, understood before anyone else the importance of the territory with regards to pairing cheese and wine. 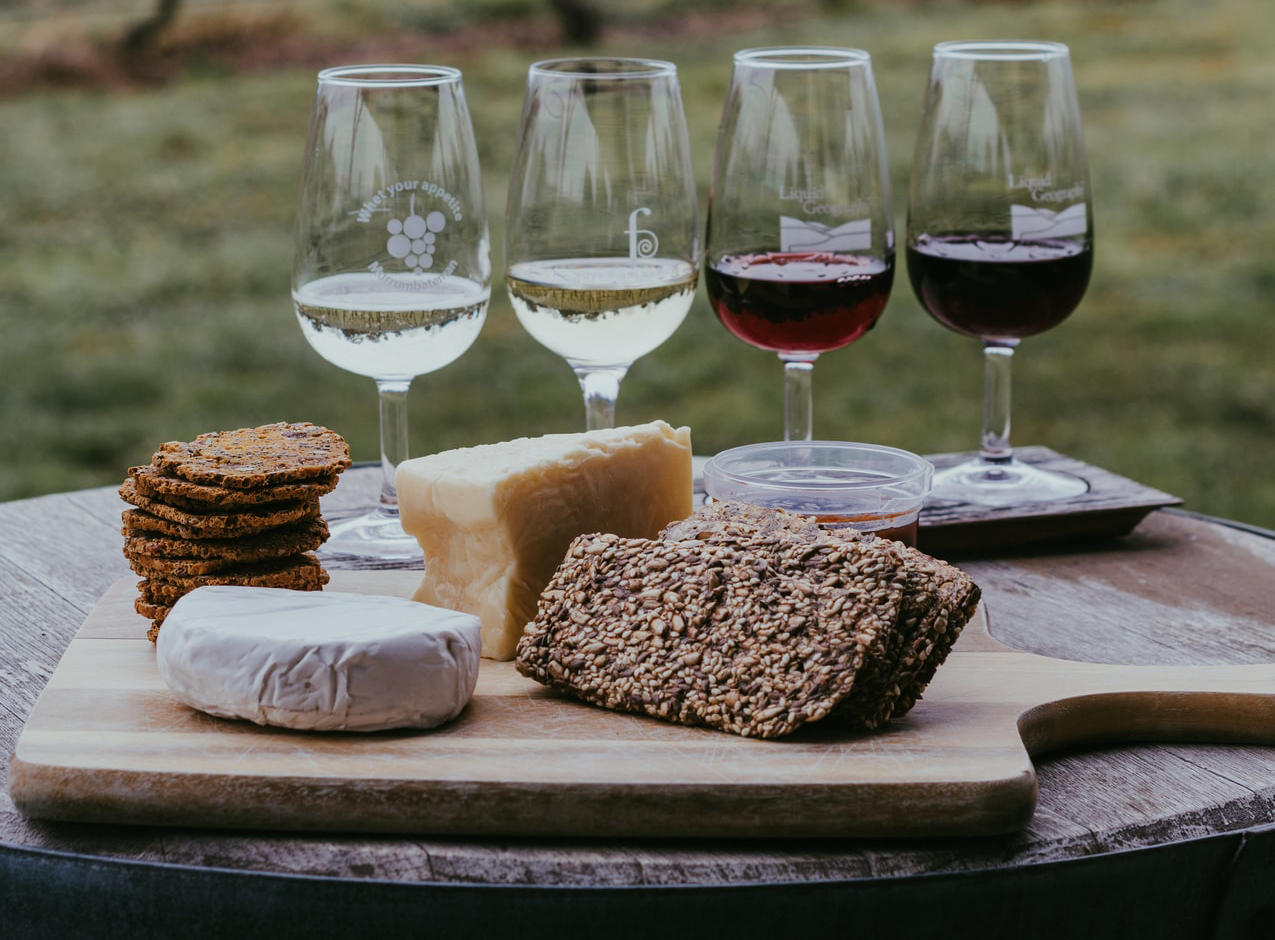 Veronelli was a pioneer of the concept of “marriages of love” based on the territory: combinations such as the semi-hard Tuscan Pecorino with a Chianti Classico or Nobile di Montepulciano, Grana Padano with a red from Oltrepò Pavese, or an aged Castelmagno with a great Barolo.

The gastronome immediately understood that vines and cheeses have their own specific production area, where this marriage of flavours is absolutely ideal.

The pairing of cheese and wine based on the territory is the most classic and safe technique, because it’s no coincidence that two products are produced in the same area.

In Australia, where there are no native vines or traditional cheeses, it’s more difficult to adopt this technique, despite the existence of regions where wine and dairy production go hand-in-hand, such as the Tamar Valley, in Tasmania, the Yarra Valley and the King Valley, in Victoria, and the Hunter Valley, in NSW.

However, the general rule is that aged cheeses with a hard texture should be paired with full-bodied red wines, while young cheeses go well with dry and aromatic white wines, and blue cheeses are best consumed with sweet wines.

Having said that, as in all culinary marriages, it’s also important to try daring combinations and experiment a little.

It’s also necessary to consider the course when pairing cheese and wine, whether it’s an entree, first course, main course or dessert; basically, a wine should be selected based on the role that the cheese plays in the meal.

For example, a cheese soufflé would pair well with a Soave Classico, produced with Garganega grapes (there are also some excellent varieties produced in Australia), which would also go perfectly with a mozzarella in carrozza (a golden-crusted fried mozzarella sandwich).

Meanwhile, a plate of four-cheese risotto would pair well with a soft, fresh and dry white wine, such as Masi Masianco Pinot Grigio Verduzzo, which is made with a percentage of Verduzzo grapes to give it greater structure.

The process of pairing cheese and wine may seem simple, but the choice must be made with great care so that each cheese is paired with a wine that enhances its flavour, while the bouquet should balance the taste.

That’s Amore Cheese, one of the leading cheese producers in Victoria, has added two new products to its already excellent line of mozzarella, burrata, stracciatella and caciotta, to name a few.

During Victoria’s recent lockdown in response to the coronavirus pandemic, Giorgio Liguanti and his team experimented with flavours and techniques to produce the Isolation Blue (below) and Stella Alpina cheeses. 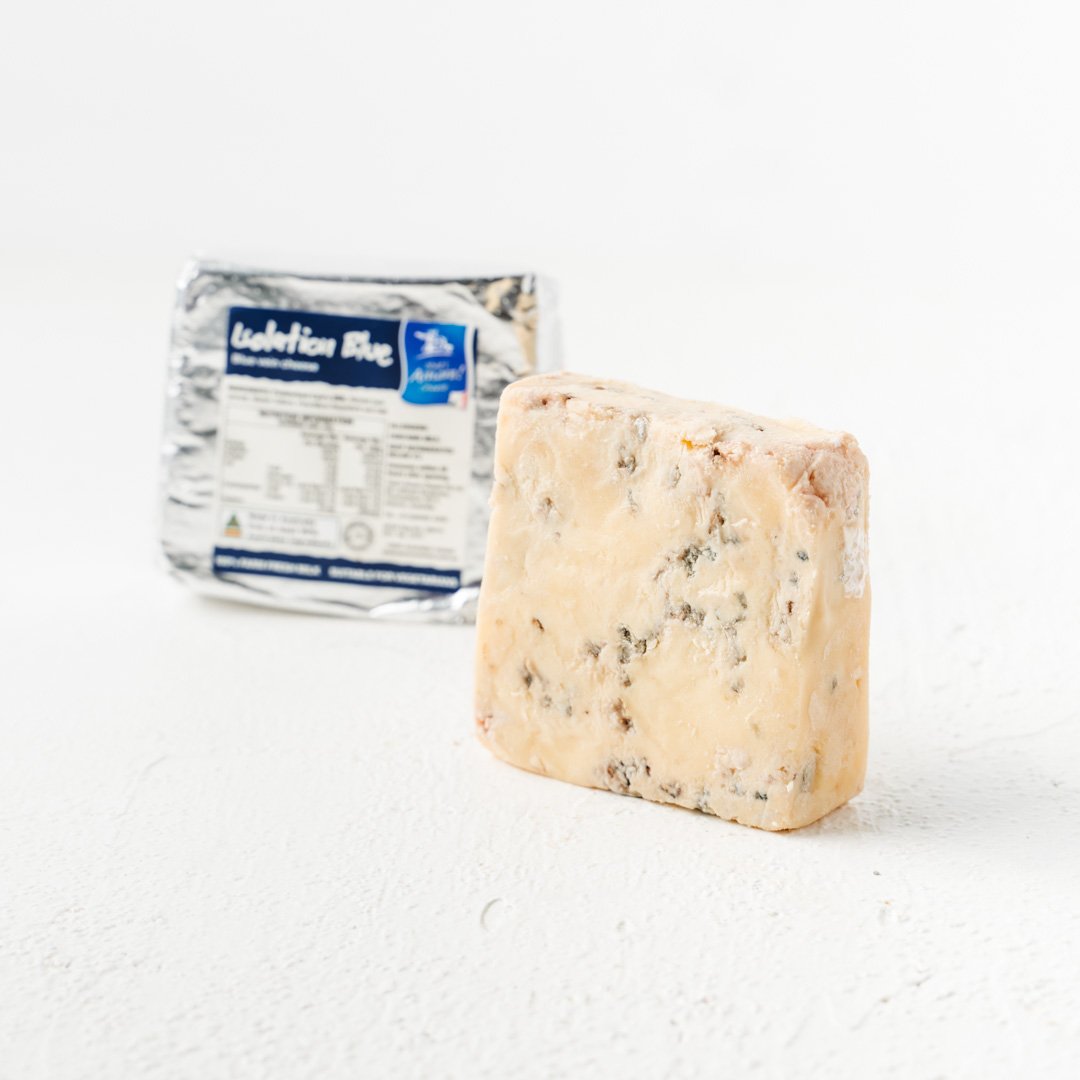 The Stella Alpina is a soft cheese with a flowery rind, very similar to French Brie, which could be paired with a well-structured white, such as a Chardonnay, or a dry rosé with a distinct identity.

For lovers of red wine, a full-bodied and intense wine with a flowery bouquet, such as a Sangiovese, would pair well.

Personally, I paired the cheese with a Masi Bonacosta Valpolicella Classico, produced in the Verona area from a blend using Corvina and Rondinella grapes, and imported and distributed in Australia by Alepat.

This wine has been praised by Frank Sinatra, Federico Fellini and Ernest Hemingway, who described it as “as friendly as the house of a favourite brother”, and wrote that it should be consumed young, because “it is not a grand vin and bottling it and putting years on it only adds sediment”.

But that was the Valpolicella that was produced in the ‘50s and ‘60s, which has also been described as a white disguised as a red (so much so that Hemingway combined it with fish and used it to cook scampi while in Italy).

Today’s Valpolicella has a ruby-red colour and an intense bouquet with ripe cherry aromas.

It’s fresh with good acidity and soft and silky tannins.

This wine is the ideal companion for Stella Alpina cheese, as its fruity aromas enrich the cheese’s creamy notes.

The Isolation Blue cheese, which has a pungent bite and semi-hard, crumbly texture similar to French blue cheeses, would pair perfectly with a Passito wine or a liqueur that’s not too sweet, which would soften the cheese’s spicy notes.

On the other hand, it could be paired with a soft and full-bodied red wine, which would enhance its personality, such as the Bonacosta Valpolicella Classico, Campofiorin, or, better still, Costasera Amarone Classico, all produced by the Masi group, whose premium wines are inspired by the values of the Venetian territories.