Fine-dining in a friendly space: Welcome to Riso Herbivorous Diner 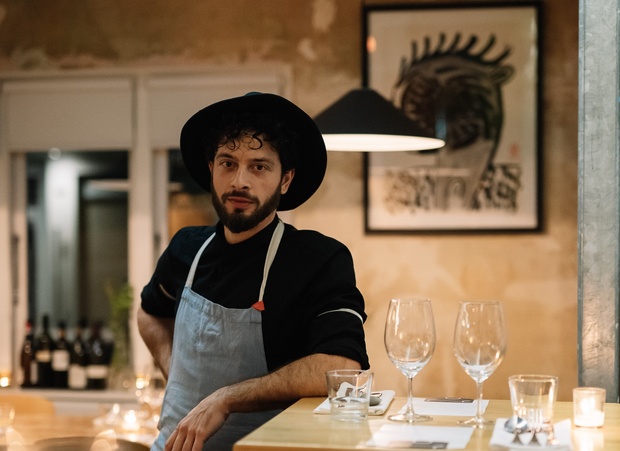 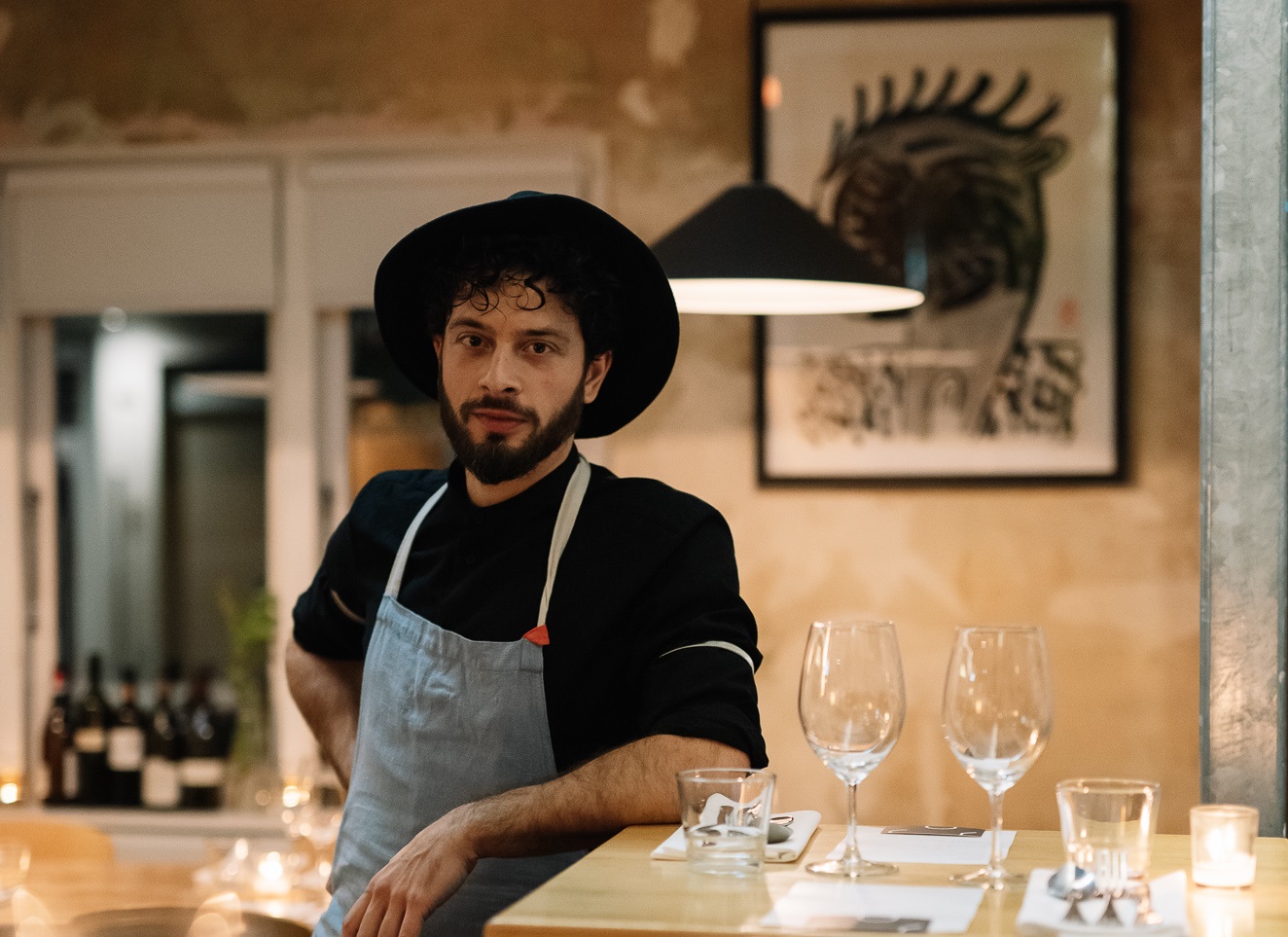 The brains behind Riso Herbivorous Diner is Italian chef, Paolo Tancredi Arlotta, who has made huge waves on the Melbourne food scene since arriving in Australia almost a decade ago.

Having worked at some of the city’s trendiest venues, from fine-dining restaurant Vue De Monde to popular pasta bar Tipo 00 and vegetarian cafe Kinfolk, Arlotta is best known for his Herbivorous Nights, an intimate pop-up vegetarian dinner series that generally sold out in a day.

One of the venues that hosted the pop-up dinners was Young Bloods Diner, at 60 Rose Street, which Arlotta also used as a prep kitchen for his freelance work when the restaurant was closed.

Over the years, the space has become Arlotta’s second home and, while he never planned on opening his own restaurant, he couldn’t turn down the opportunity when the space went up for lease amid the coronavirus pandemic.

“I had a very good lifestyle being a freelance chef,” he said.

“It was a lot of work but I had a lot of freedom.

“[The restaurant] was one of those decisions where you just jump on it without thinking about it too much.

“Now that I’ve done it I’m very happy about it.”

In recent renovations, Arlotta has transformed the former industrial space into a more “elegant” and airy atmosphere featuring teal walls, wooden accents and an abundance of plant life. 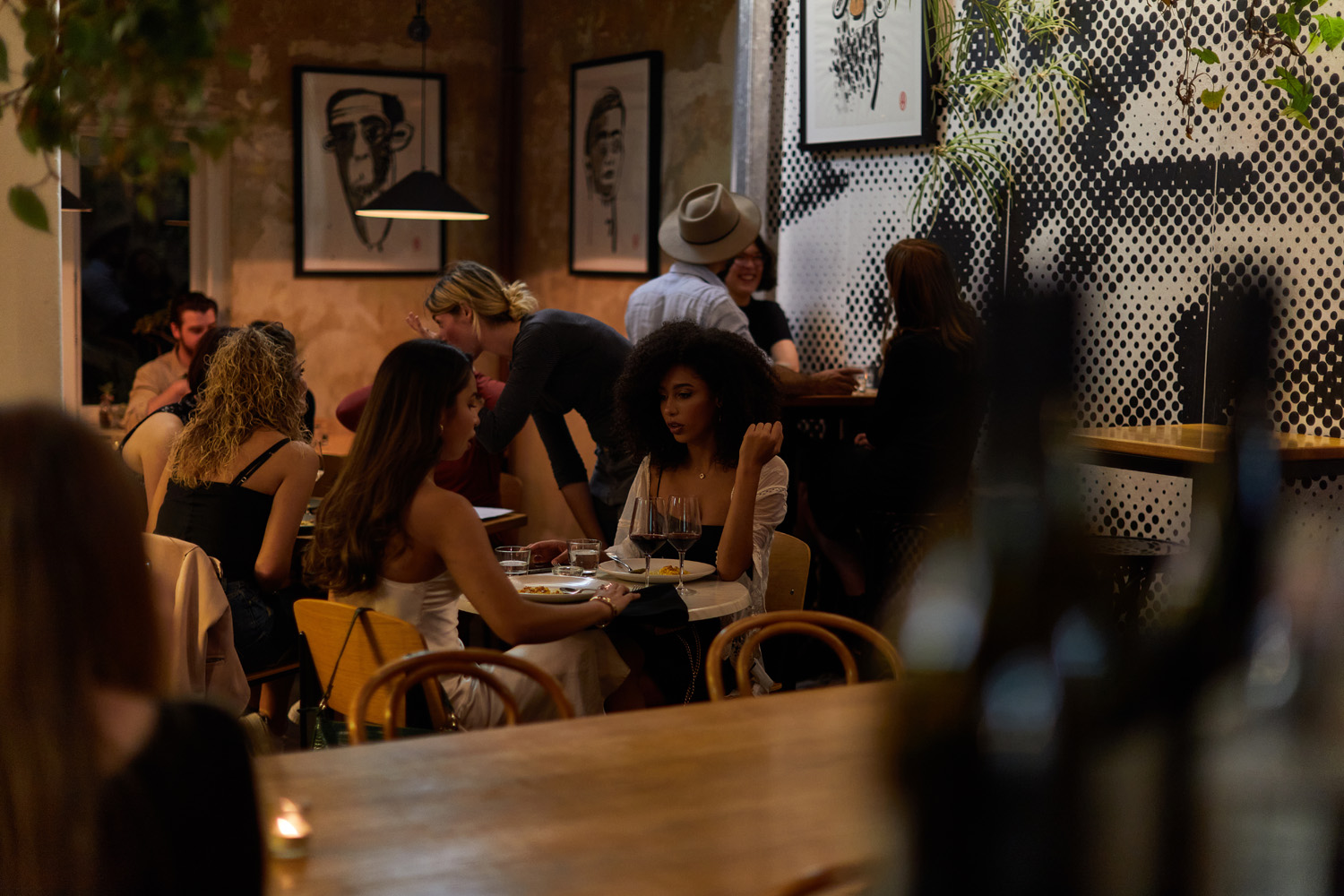 Arlotta hopes to create a unique experience which strikes the perfect balance between fine-dining and a sense of community.

“I want people to have the feeling of coming to my own home,” he said.

“I really miss that about Italy – the feeling of sitting at the table and having a meal together. I want to recreate that feeling.

“I’ll spend as much time as possible on the floor, talking to the customers about the food and explaining the story behind each dish... and maybe doing some magic tricks!”

The talented chef also wants to showcase vegetarian cuisine in all its glory and prove that you can pack a whole lot of flavour into a meal without using meat.

Born and raised in Crescentino, a small town located between Milan and Turin, Arlotta first discovered vegetarianism – as well as a passion for yoga – during a three-month trip to India in 2009.

“I spent a month in an ashram in Rishikesh, a very small town in the north of India where they practise a lot of yoga,” he said.

“I didn’t even know what yoga was at the time.

“In the beginning it was just a remedy for my stressful lifestyle and then it became my lifestyle.”

Arlotta is now a qualified yoga teacher and the founder of Chefs of Yoga, which aims to improve the work-life balance of hospitality workers with fitness classes and community-building activities.

Arlotta’s food journey began a few years before his Indian travels, when he left Italy at the age of 21 and moved to London to improve his English skills.

“The only job I could find was as a kitchen porter because my English was quite poor,” he said.

“I still remember my first day in the kitchen – I fell in love with all the sounds and smells and I haven’t stopped cooking since.” 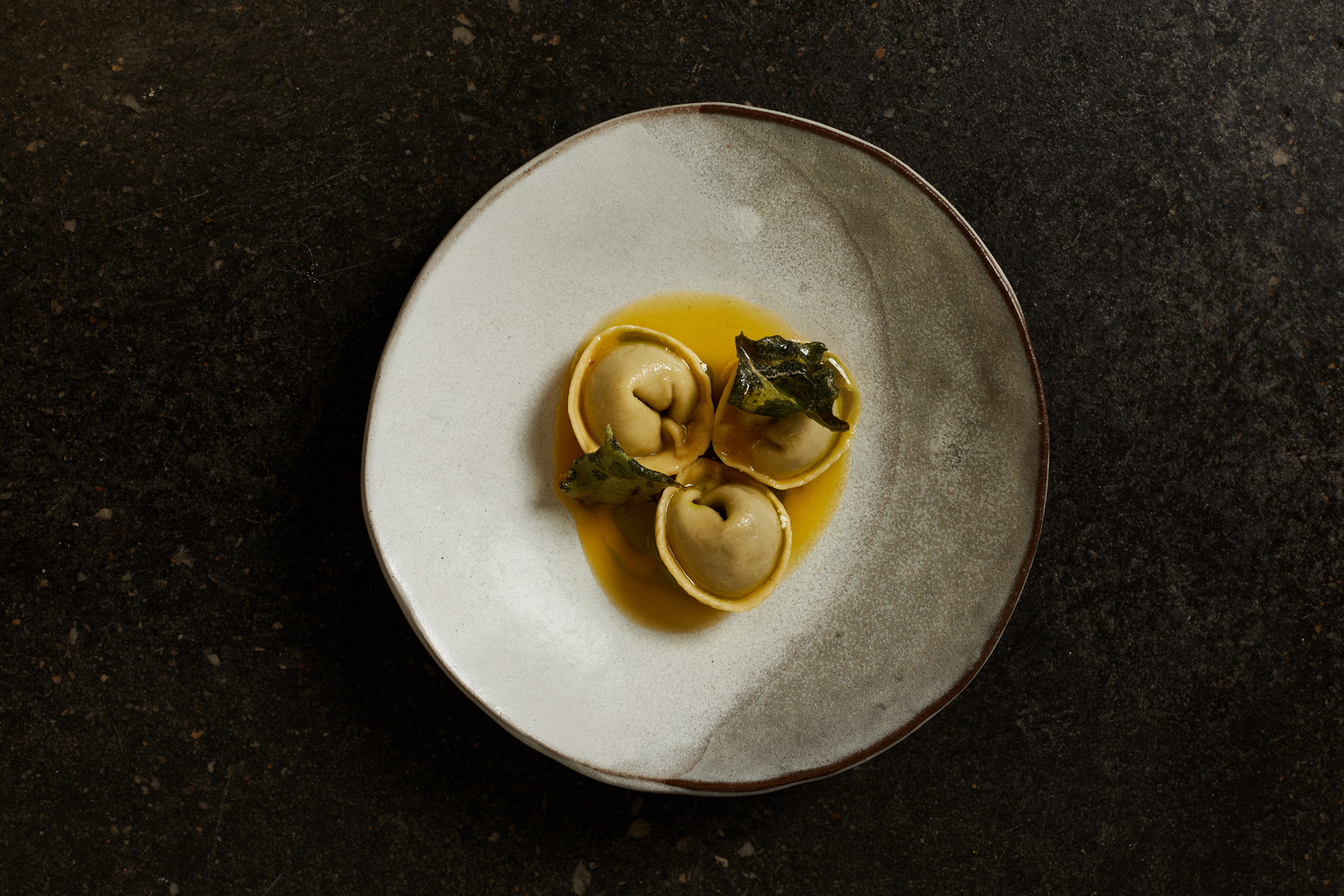 After a year in England, he returned to Italy to study at the Italian Sommeliers Association and learn about Italian cuisine at some of the nation’s finest restaurants.

With enough experience under his belt, the ambitious chef then moved to Singapore, where he worked at a high-profile restaurant under celebrity chef Mario Batali.

A year later, Arlotta heard about Melbourne’s Vue De Monde and set his sights on Australia.

“The first thing I did when I arrived was take my CV there,” he said.

“I ended up working there for four years.”

While Arlotta’s talent and drive have seen him cook in kitchens all over the world, the 36-year-old’s first permanent venture will pay homage to his roots, starting with the name: “riso” means rice in Italian and his hometown belongs to a region that’s renowned for its rice production.

“There will always be pasta, risotto, focaccia and arancini on the menu,” he said.

“But there will always be a twist to my food.

“I want to be creative and I’ll steer clear of the classic pesto or carbonara.”

Riso will open as a cafe during the day and a restaurant at night, serving up seasonal, sustainable, local produce, with a focus on minimal-waste, healthy dining. 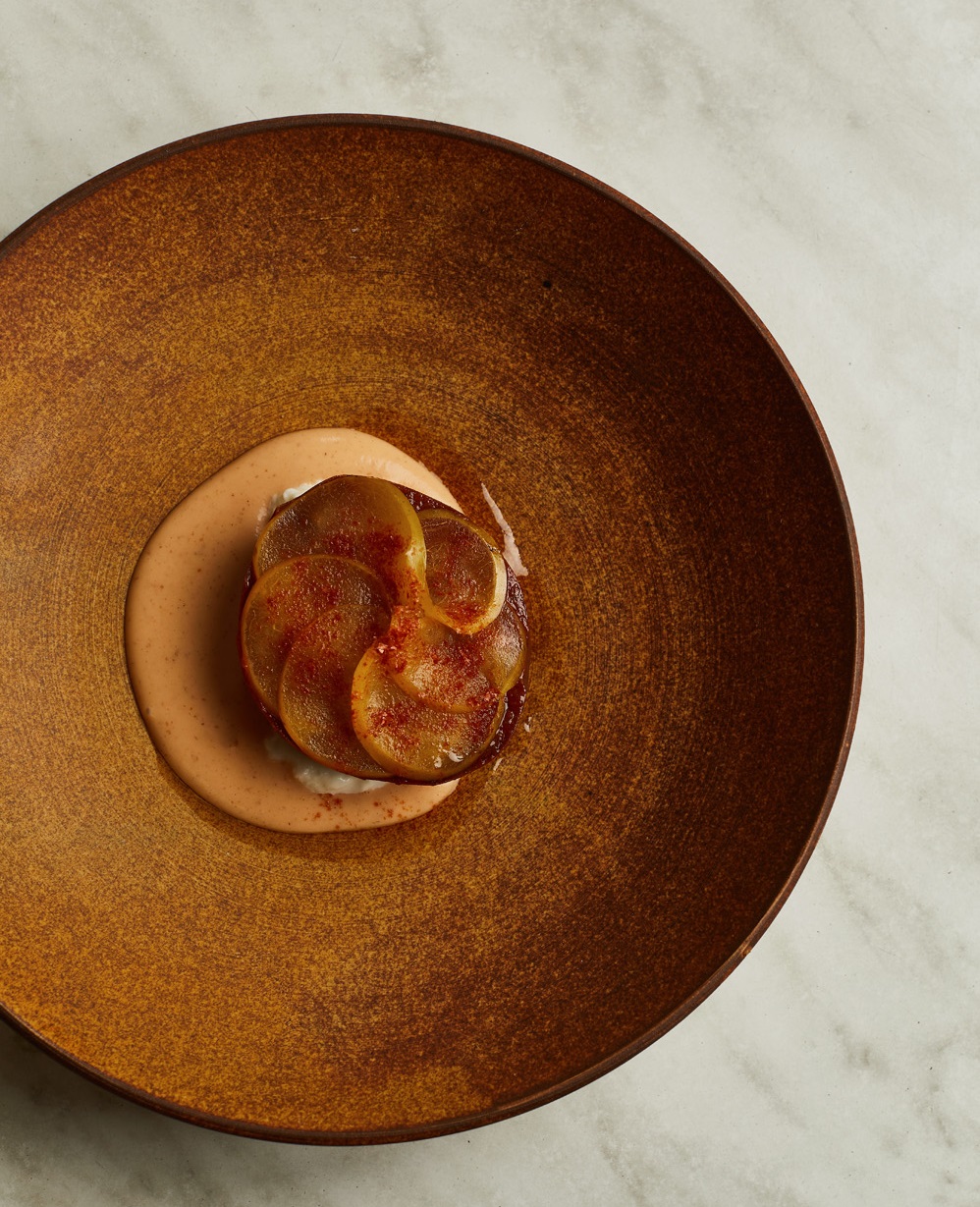 The cafe will open seven days a week and serve coffee from Brunswick roaster Ona.

“I really want to build a strong community around the area,” Arlotta said.

“I feel like this is my home and I want to welcome people in the morning to have a nice coffee.”

The restaurant will initially be open on Friday and Saturday nights, serving six-course degustation dinners.

Due to the coronavirus pandemic, the cafe will serve takeaway only and the restaurant will offer home delivery until government restrictions are eased.

With a rooftop, courtyard and indoor-outdoor dining area, Arlotta is confident the venue can be set up to meet any new rules for al fresco dining.

During a time of great uncertainty when restaurants are struggling to survive, it takes a ton of courage to open a new one.

But Arlotta’s not one to play it safe and believes his risk will pay off regardless of the outcome.

“When I told people [I was going to open a restaurant during the pandemic] they said I was crazy,” Arlotta laughed.

“But it will be an invaluable life experience and a win-win no matter how it goes... I think it’s going to be good.”

Riso Herbivorous Diner will open in stages from October 12, 2020.

To keep up to date with Paolo Tancredi Arlotta’s ventures follow his personal page.