Football fans in Italy have slammed the proposed European Super League, while England’s “big six” have backed out of the breakaway competition, causing it to implode less than two days after it was announced. 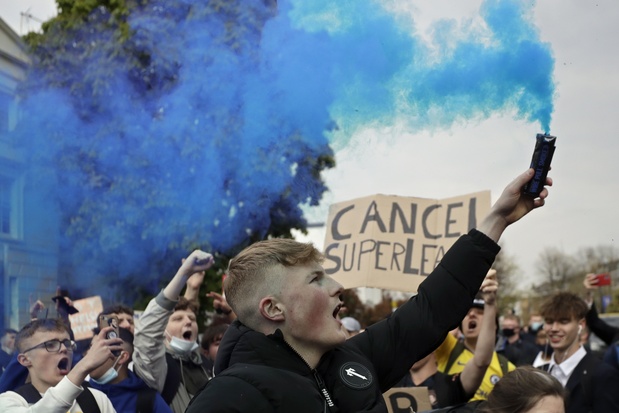 Chelsea fans protest outside Stamford Bridge stadium in London, against Chelsea’s initial decision to be included amongst the clubs attempting to form a new European Super League, April 20, 2021. (Photo: AAP) 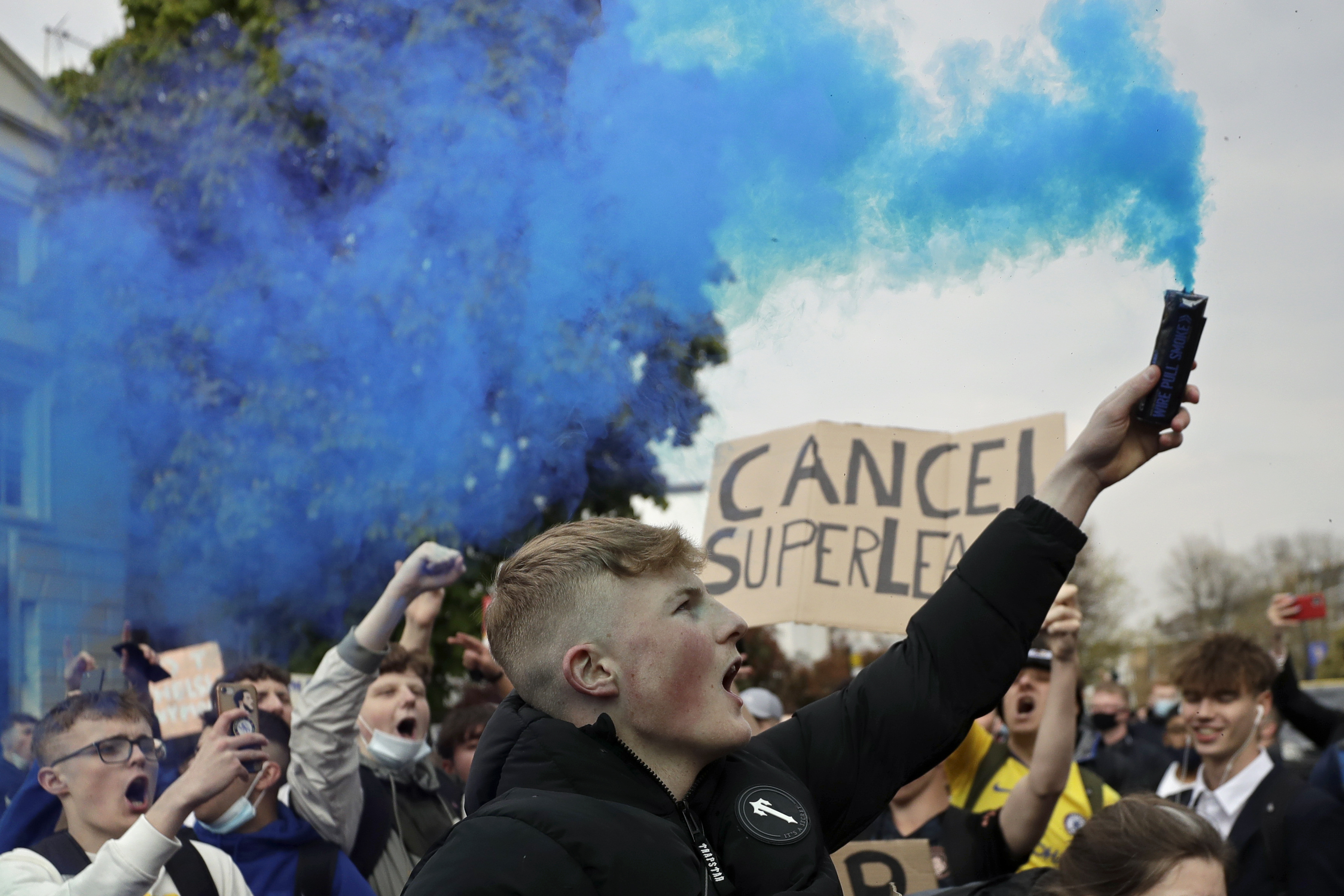 Chelsea fans protest outside Stamford Bridge stadium in London, against Chelsea’s initial decision to be included amongst the clubs attempting to form a new European Super League, April 20, 2021. (Photo: AAP)

The proposal involved the clubs forming their own competition to rival the UEFA Champions League.

All six English clubs involved in the proposal have since abandoned the project, amid an escalating backlash that led to a warning from the UK government that it would introduce legislation to stop the competition.

Italian and Spanish clubs that signed up for the new league are likely to follow suit.

Italian daily Fatto Quotidiano described the proposal as “a league where only the rich play against the rich, to become even richer”.

The Turin-based daily newspaper Tuttosport, which covers Juventus in particular, called the plans “a genuine licence to kill the quintessence of football and the spirit of competition”.

Fans of Serie A teams said it was an “abomination”, a “betrayal” and “murder of a passion” on social media.

Giovanni Carnevali, the manager of Serie A team Sassuolo, said the plans “risk killing our league”.

Juventus chairman, Andrea Agnelli, advocated for the Super League, saying in a statement that the 12 founding clubs “represented millions of fans all over the world” and had joined forces to give “the sport we love a sustainable basis for the future”.

Super League organisers have announced they will “reconsider the most appropriate steps to reshape the project”, following its collapse.

“The European Super League is convinced that the current status quo of European football needs to change,” organisers said in a statement.

“Despite the announced departure of the English clubs, forced to take such decisions due to the pressure put on them, we are convinced our proposal is fully aligned with European law and regulations as was demonstrated today by a court decision to protect the Super League from third party actions.

“Given the circumstances, we shall reconsider the most appropriate steps to reshape the project, always having in mind our goals of offering fans the best experience possible while enhancing solidarity payments for the entire football community.”