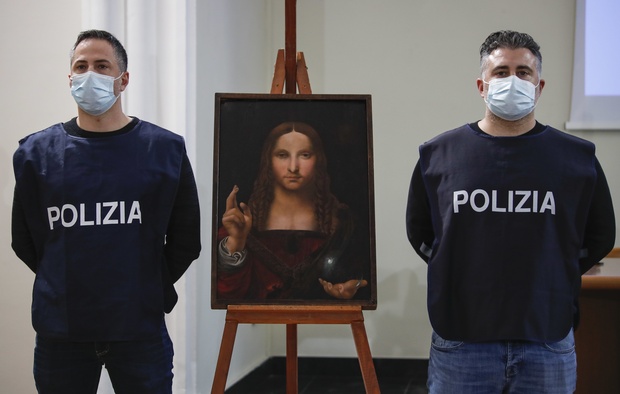 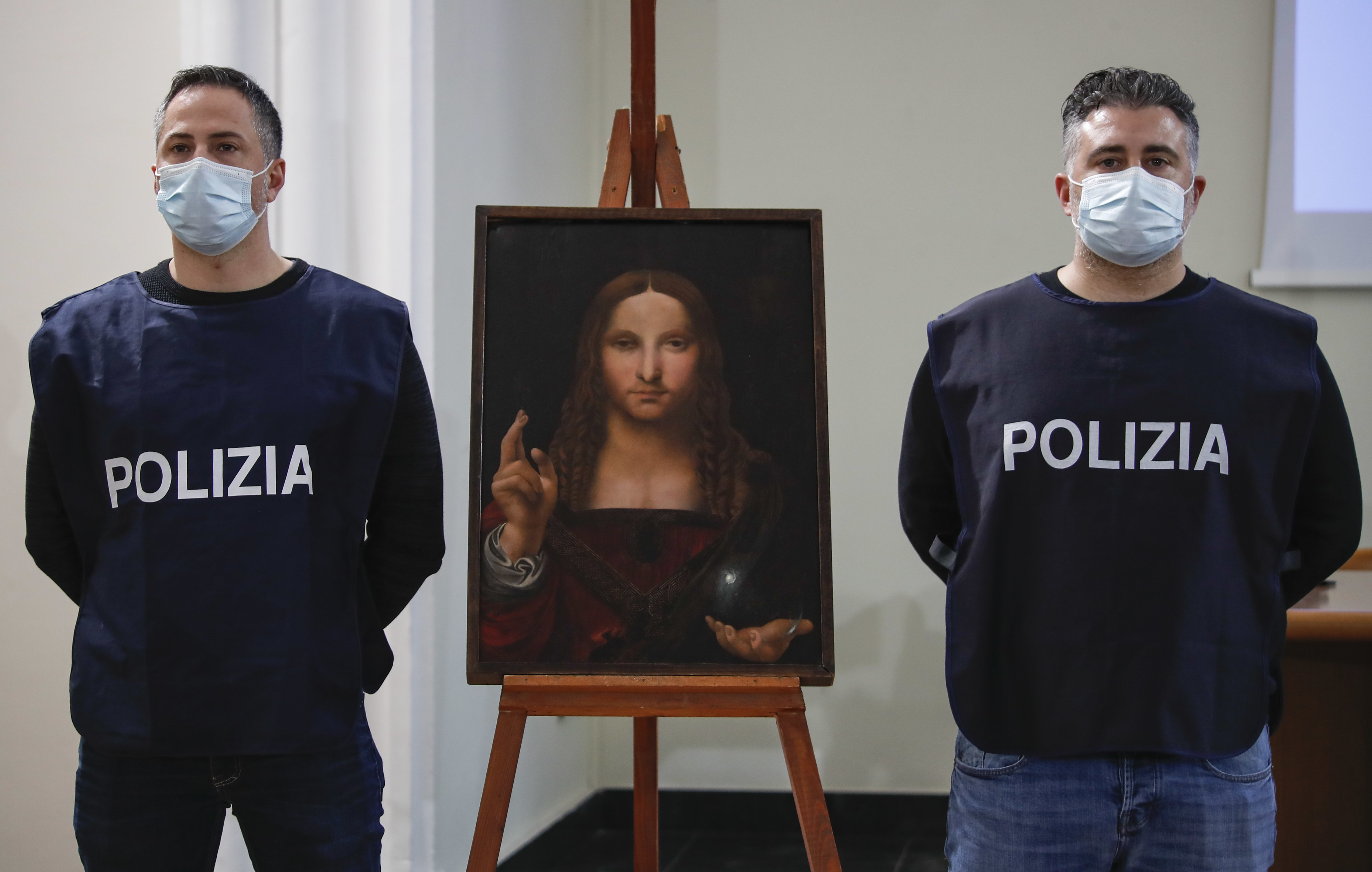 Staff at the San Domenico Maggiore church were not even aware the portrait of Christ, believed to have been painted by Leonardo da Vinci’s student Giacomo Alibrandi, had been stolen.

Dating to the early 1500s, the painting is a copy of the famous Salvator Mundi, attributed to da Vinci himself, which sold for a record $US450 million ($591 million) in New York in 2017, making it the most expensive work sold at auction.

Depicting Jesus Christ with his hand raised in a blessing and holding a crystal orb, the painting is part of the Doma Museum collection at the church.

The museum collection had been closed because of coronavirus restrictions.

Police said a tip-off led them to the apartment at the weekend and they found the painting tucked away in a bedroom cupboard.

The 36-year-old owner of the flat was arrested on suspicion of receiving stolen goods.

Having returned the painting to the church, police were now investigating how it was stolen in the first place, because there was no sign of a break-in.

The arrested man reportedly said he had bought the painting in a flea market.

San Domenico Maggiore, which has been the victim of thefts in the past, houses many important artworks.

Some, including paintings by Caravaggio, Raphael and Titian, have been moved to museums in Naples.