Italy deployed soldiers and riot police reinforcements on Friday to a new coronavirus hotspot in the southern Campania region, where an outbreak among foreign farm workers has sparked tensions with Italians. 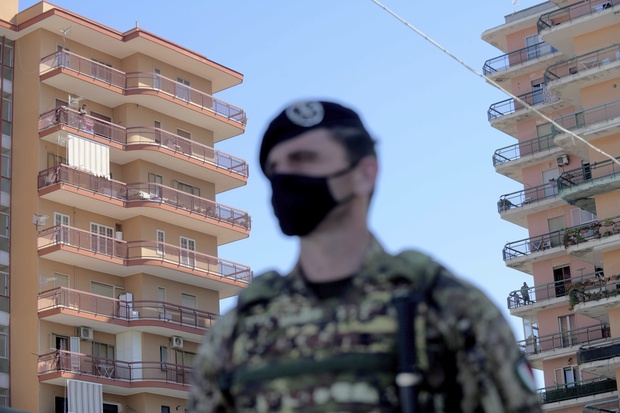 An Italian army officer is framed by two buildings of an apartment complex where dozens of COVID-19 cases have been registered among a community of Bulgarian farm workers, in Mondragone, in the southern Italian region of Campania, on June 26, 2020. (Photo: AAP) 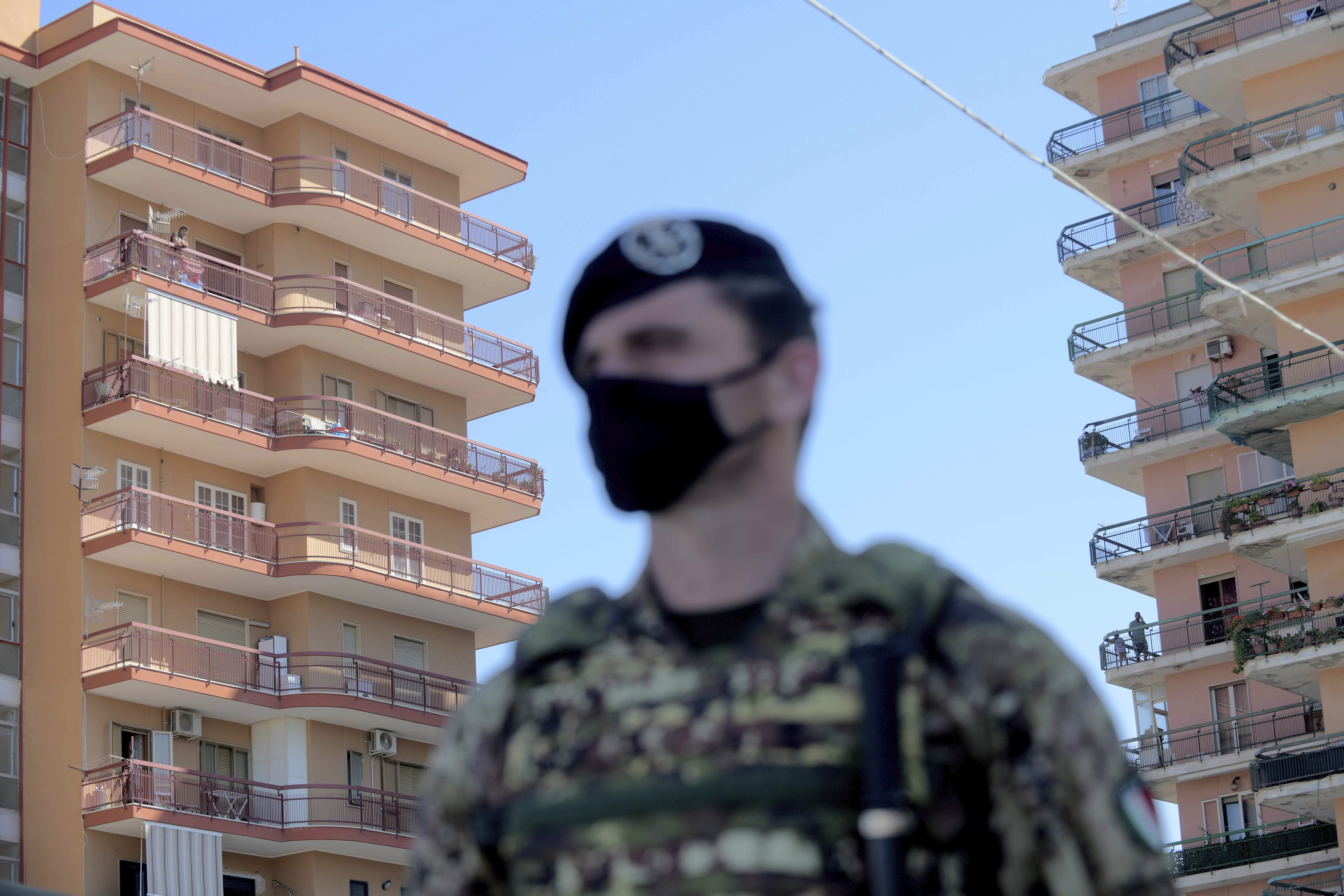 An Italian army officer is framed by two buildings of an apartment complex where dozens of COVID-19 cases have been registered among a community of Bulgarian farm workers, in Mondragone, in the southern Italian region of Campania, on June 26, 2020. (Photo: AAP)

Local authorities had already announced on Thursday that they had called the army for help securing the area after several of the people who’d tested positive went missing.

Around 700 people were placed under lockdown for 15 days in the complex of five blocks of flats in Mondragone, 60 kilometres north of Naples, regional governor Vincenzo De Luca said late on Thursday.

Local health authorities said 43 positive cases had been identified and tests were being carried out on all the residents.

The Palazzi Cirio estate is “one of the thousands of ghettos in Italy, where we amass more or less undocumented foreigners to make them live in more or less heinous conditions”, Corriere della Sera’s editorialist, Goffredo Buccini, wrote.

The coronavirus outbreak has exacerbated existing tension between the seasonal Bulgarian worker community and Mondragone locals.

Fifty army soldiers were sent in to help secure the zone on Thursday, after clashes between frustrated Bulgarians who wanted to return to work to earn money for food, and angry residents who blamed them for spreading the virus.

Hundreds of Bulgarians who came out to protest on Thursday were persuaded by police to return inside, but later, locals who learned they had left the estate then turned up to throw stones and trash cars, local media reported.

Coronavirus tests were being offered to residents living near the estate, and if 100 cases surfaced the whole seaside town would be locked down, De Luca said.

He said a few people with the virus had since slipped through the net and disappeared, but insisted surveillance of the estate would be 24 hours from now on.

It was not the only cluster of new cases in Italy, which lifted its nationwide lockdown at the start of June after three months of a pandemic which has officially killed more than 34,700 people.

At least 64 cases have emerged at a warehouse in Bologna used by express courier Bartolini, including 17 friends and relatives of workers.

Italian media identified 10 cases of new clusters across the country this week, including in care homes in Como and Alessandria in the north, and a religious institute in Rome.