A giant sinkhole opened on Friday in the car park of a hospital in Naples, swallowing cars, road signs and trees and forcing the temporary closure of a nearby residence for recovering COVID-19 patients because utilities were cut. 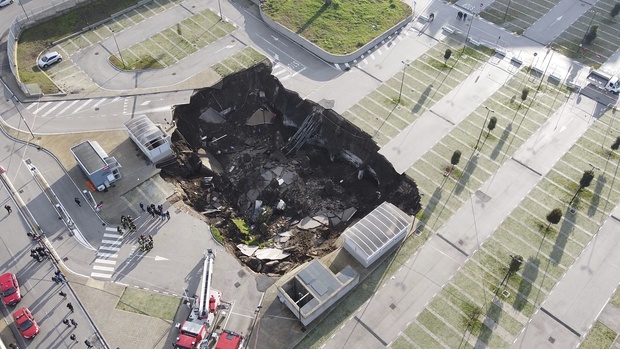 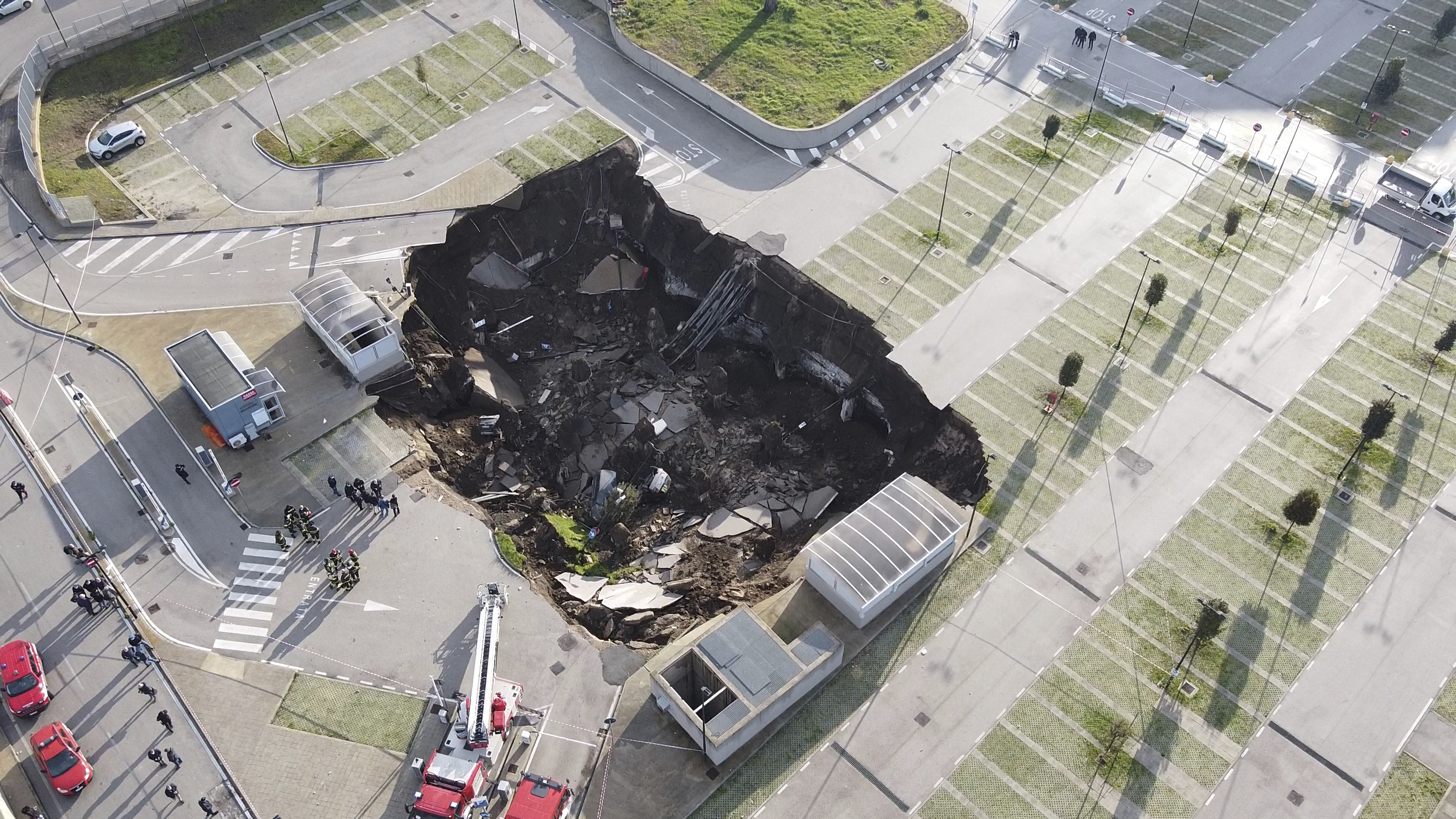 The 20-metre-deep, 2000-square-metre sinkhole opened up in a car park in the Ospedale del Mare (Hospital of the Sea) around 7:00 am local time on Friday morning, officials said.

Italian urban search and rescue workers with sniffer dogs, who were dispatched to make sure no one had been trapped in the hole, said there were no injuries.

Chief firefighter Commande Ennio Aquilino told Italian television channel SkyTG 24 the implosion could have been caused by an infiltration of water underground as a result of recent heavy rains.

At the time, six people were recovering at the residence for COVID-19 patients.

They have been relocated.

The residence is expected to re-open within days after electricity and water services are restored.