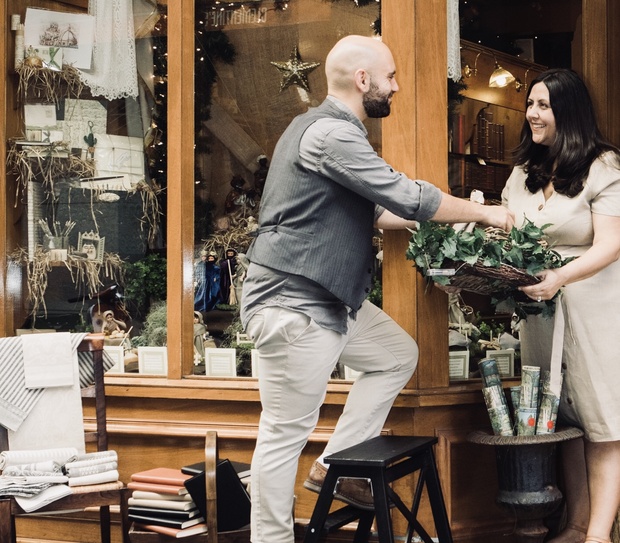 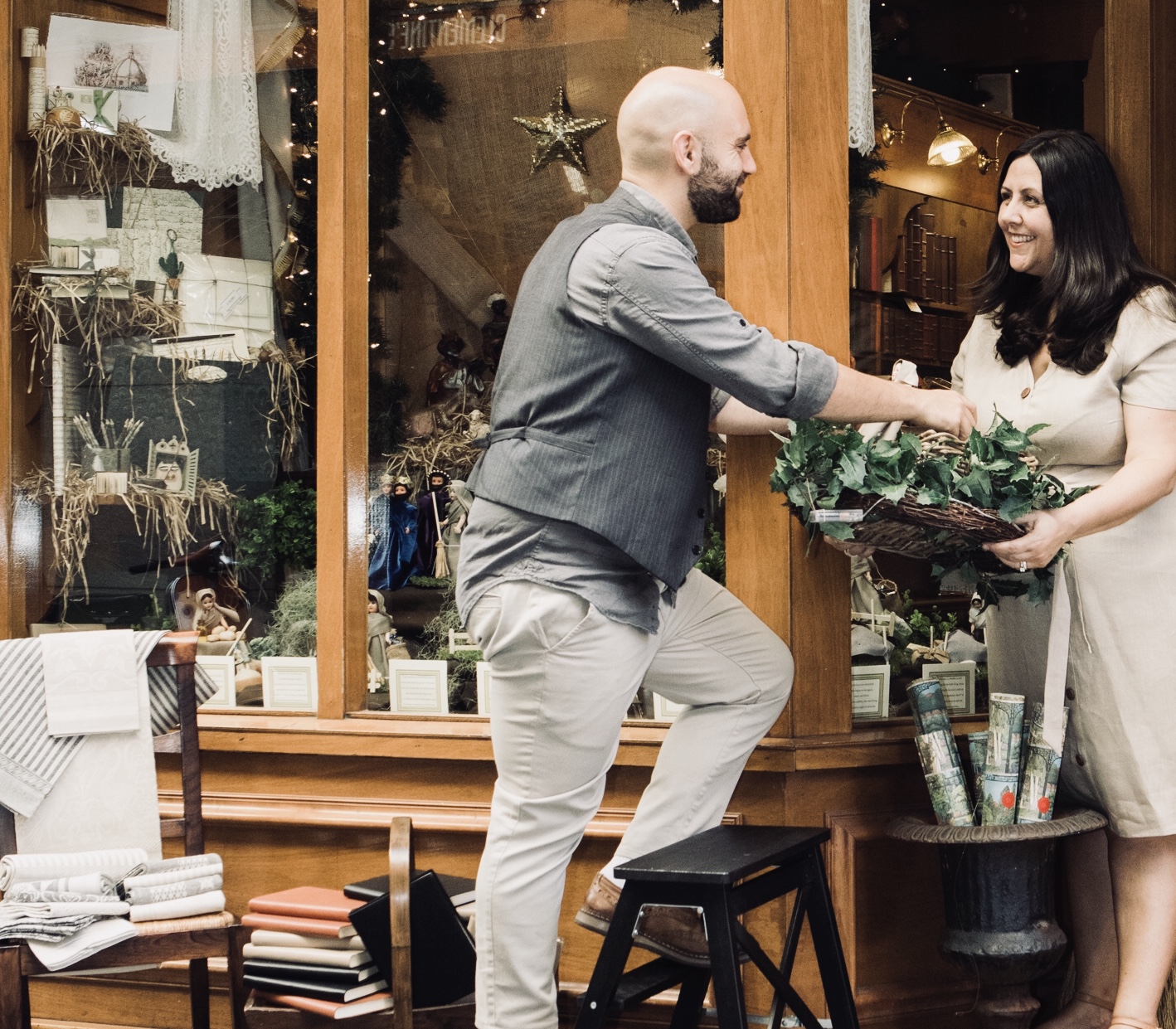 With all products imported directly from Florence, Il Papiro is an authentic piece of Italy situated on Degraves Street, while Signor Mont garments are renowned for their Italian influence.

Montesano first connected creatively with Il Papiro’s director, Romina Beltrame, when she made the invitations for his sister’s wedding.

“It was a case of ‘love at first collaboration’,” he recounted.

“So when Romina decided on a display for Christmas it seemed only natural that we would collaborate again, given my love of styling and her style and business aligning so well with my own.”

After the year that has been 2020, the pair of artistic powerhouses felt a desire to celebrate the beauty of craftsmanship and Italian culture.

“With Christmas approaching and a sense of hope in the air, we thought what better way to celebrate the festive season – as well as our rich Italian culture and the artisan traditions within it – than to create something for the community to enjoy,” Montesano said.

“We love that it not only celebrates these themes but also will evoke a sense of nostalgia among many Italians who may have seen similar nativity scenes in years gone by.”

The duo decided that the window display would focus largely on La Befana, a fictional old woman who delivers gifts to children throughout Italy on Epiphany Eve (the night of January 5) in a similar way to Santa Claus.

The tradition of La Befana has been around for centuries, long before Santa Claus became a popular figure in Italy.

“We both felt it was a story that, as time has passed, has not received as much attention as it used to and we wanted to revive the tradition of this feast day for the Italian community in Melbourne, in particular the children,” Montesano explained.

The legend of La Befana is told across nine story boards that adorn Il Papiro’s windows, each of which is paired with a miniature scene depicting the corresponding part of the story. 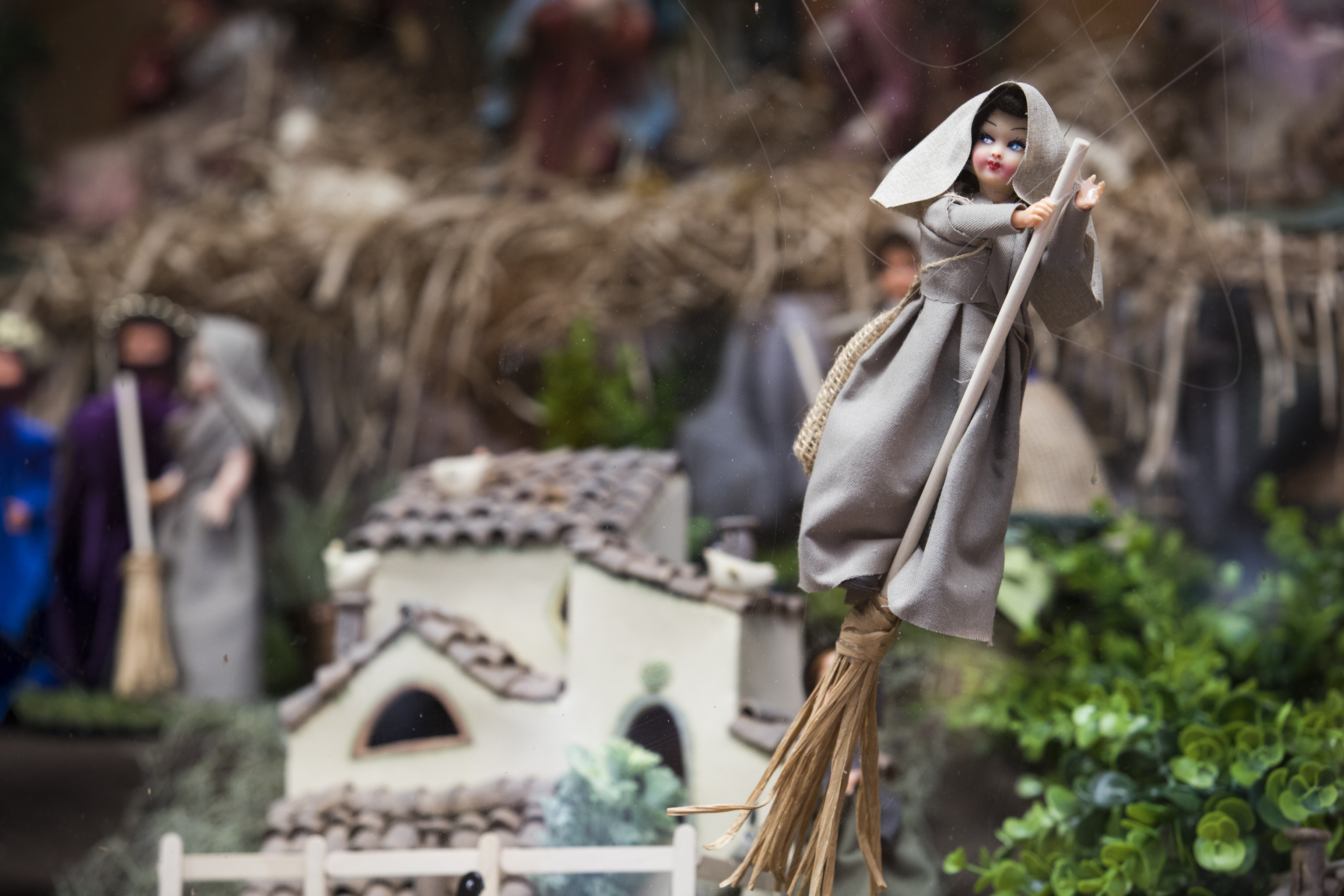 One of the vintage dolls used in the window display

“Given my and Romina’s love of history and Italian culture and traditions, we couldn’t go past the idea of using vintage regional Italian dolls as the figures in the scenes,” Montesano said.

“It was quite a task to collect enough for the display but, thankfully, in the digital age there’s always a way to figure out such things.”

Visitors to the window display will also be able to admire a large vintage nativity set and a selection of bespoke angels carrying a suspended Buon Natale (Merry Christmas) banner amongst the clouds.

“The way we’ve depicted the story of La Befana is very similar to many of the nativity scenes across Italy, so it made sense to tie the two together in an explicit way,” Montesano said.

The brains behind the magical display hope it brings out Melburnians’ inner child and encourages people to slow down for a moment and soak up the splendour of the scene and the festive season at large.

“We also hope to remind everyone that artisan traditions and the Italian culture are very much alive and well in our beautiful city of Melbourne, and that there’s a community of like-minded Italians proudly upholding many traditions, for this generation and the generations to come,” Montesano concluded.

The Christmas window will be on display until January 7, 2021, at Il Papiro Melbourne, 10 Degraves Street, Melbourne CBD.