Six teenagers have been charged over the fatal stabbing of a 15-year-old near his church in Melbourne’s west. 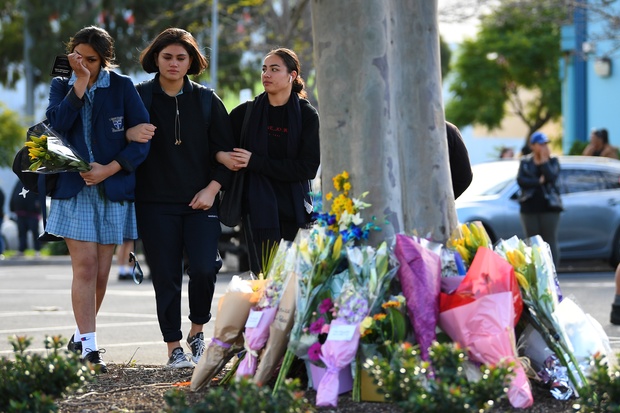 Mourners are seen at the location where a 15-year-old was fatally stabbed outside Brimbank Shopping Centre, Melbourne, on June 17, 2020. (Photo: AAP) 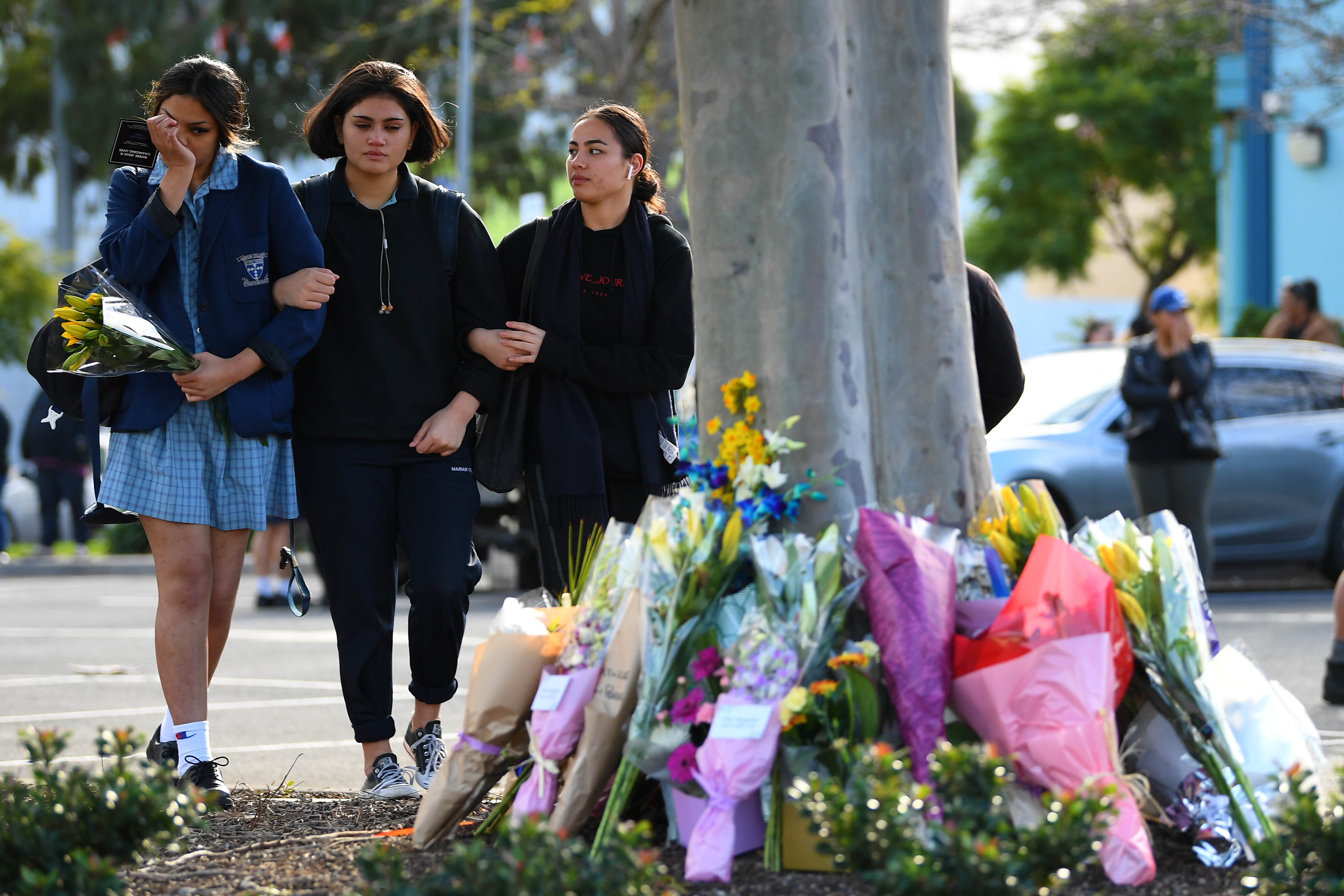 Mourners are seen at the location where a 15-year-old was fatally stabbed outside Brimbank Shopping Centre, Melbourne, on June 17, 2020. (Photo: AAP)

Solomone Taufeulungaki has been named as the boy stabbed and killed in Deer Park outside Brimbank Shopping Centre on Tuesday afternoon.

Six teenage boys aged 13 to 16 were charged on Wednesday with violent disorder and affray after the incident and were expected to face court.

The teenager was killed near his place of worship, the Church of Jesus Christ of Latter-day Saints, his father told reporters on Wednesday.

“Every Sunday my son [came] to this church,” Atunaisa Taufeulungaki told reporters.

“I believe maybe every Sunday his spirit [will] join with us in this church.”

Solomone’s grief-stricken family laid yellow and blue flowers on Wednesday at the site where he died.

His mother, Salome Taufeulungaki, said the family had forgiven those who took her son’s life.

“We bless them,” she told reporters after leaving flowers at the scene.

“We don’t want justice, we just want peace for our son.”

The teenager was walking home from school when a group of eight to 10 youths approached him on Tuesday afternoon.

Witnesses told Nine News the group had knives up their sleeves and stabbed the teen “multiple times” in the chest and stomach.

Taufeulungaki was treated by paramedics but died at the scene.

The group ran away, but six were arrested on nearby Billingham Road a short time later.

The brawl and subsequent stabbing are believed to have been sparked by an argument on social media.

Hours later, a fight broke out at the scene between about 30 people.

A police officer was taken to hospital and another man was treated for a cut to the head.

Three men arrested over the second brawl have since been released.

A 15-year-old Hoppers Crossing boy was also interviewed and released.