Tens of thousands of people flooded streets across Australia on Monday, protesting against sexual abuse, gendered violence and dangerous workplace cultures in the country. 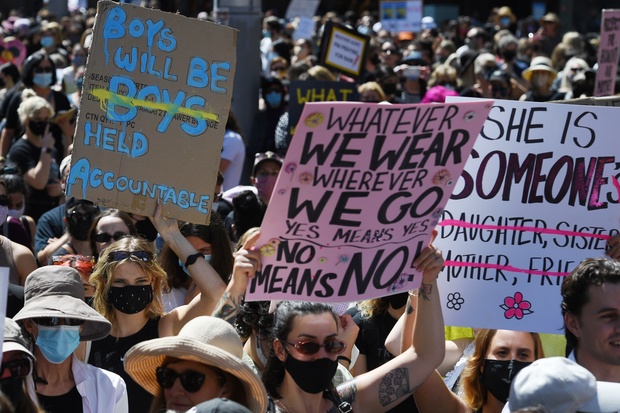 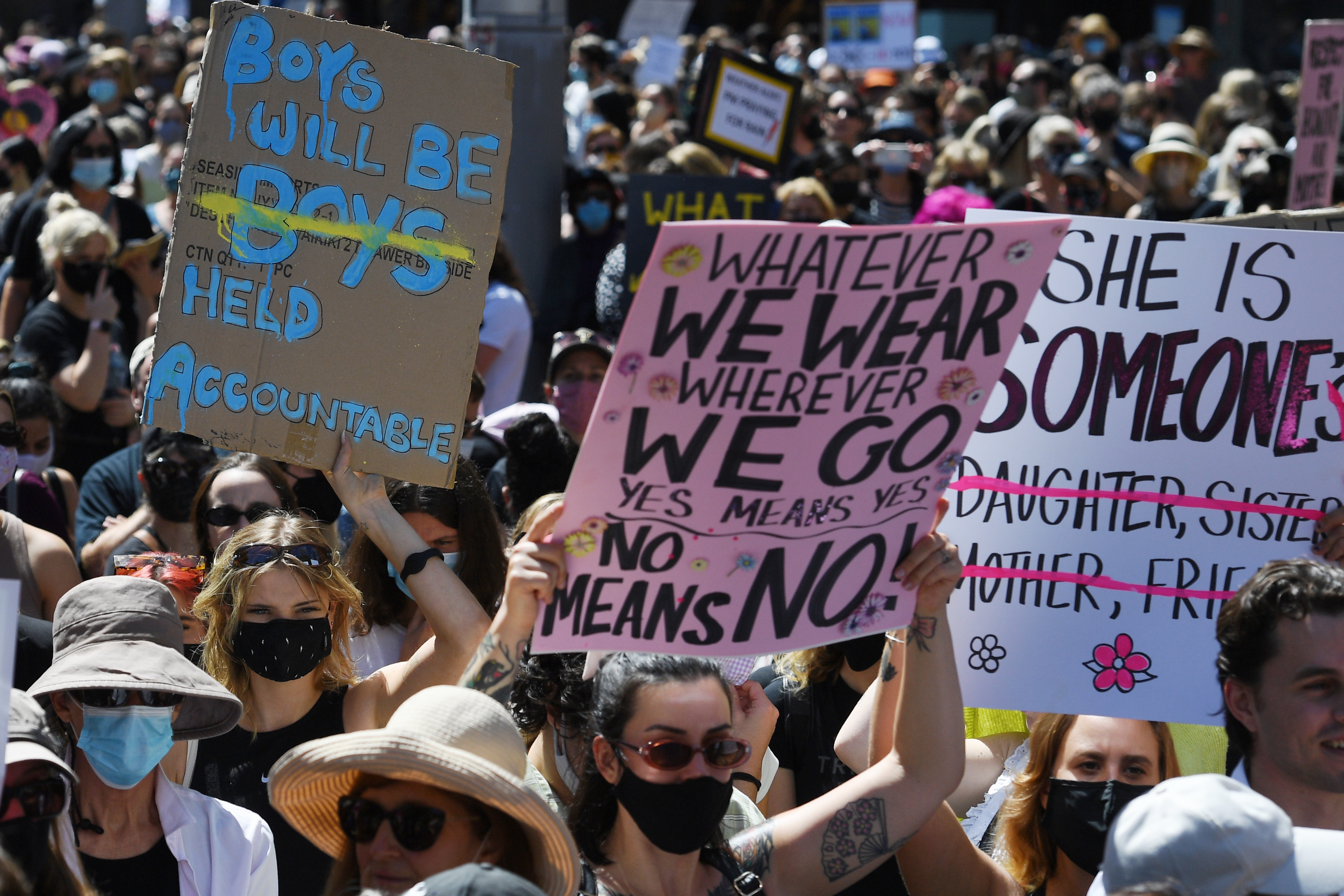 The nationwide March 4 Justice rallies were spurred by a recent wave of allegations of sexual assault, centred around Australia’s parliament.

The protests were organised a week ago, after Attorney General Christian Porter revealed he was the subject of a 1988 rape allegation – which he strongly denies.

A separate case – that of Brittany Higgins, an ex-political adviser who alleged on February 15 that she was raped by a male colleague in a minister’s office in 2019 – has also fuelled widespread outrage.

The allegations have focused scrutiny on the conservative government and shone a light on how sexual assault and gendered violence are handled broadly across all sectors of Australian society.

“There is a horrible societal acceptance of sexual violence experienced by women in Australia,” Higgins told the thousands of protesters outside Parliament House on Monday.

“My story was on the front page for the sole reason that it was a painful reminder to women that if it can happen in Parliament House, it can truly happen anywhere.”

The rallies formed from noon on Monday across 40 locations in Australia, including the major cities of Canberra, Sydney and Melbourne, as well as smaller towns such as Ballarat and Byron Bay.

Organisers suggested it could be the “biggest uprising of women that Australia’s seen”.

Among the thousands who gathered at the Sydney rally was Italo-Australian author, podcaster and digital intimacy researcher, Lisa Portolan, who wore black in protest and carried a placard reading: “Enough is Enough.”

Portolan described the atmosphere at the march as “electric”.

“There was anger and sadness, but also a sense that by coming together we were making a difference,” she said in an interview with Il Globo.

“There was a vibe of solidarity – it was a historic moment for women across Australia.

“More broadly, it was a moment for us to recognise survivors of sexual assault and gendered violence, and say: ‘we see you and we believe you’.” 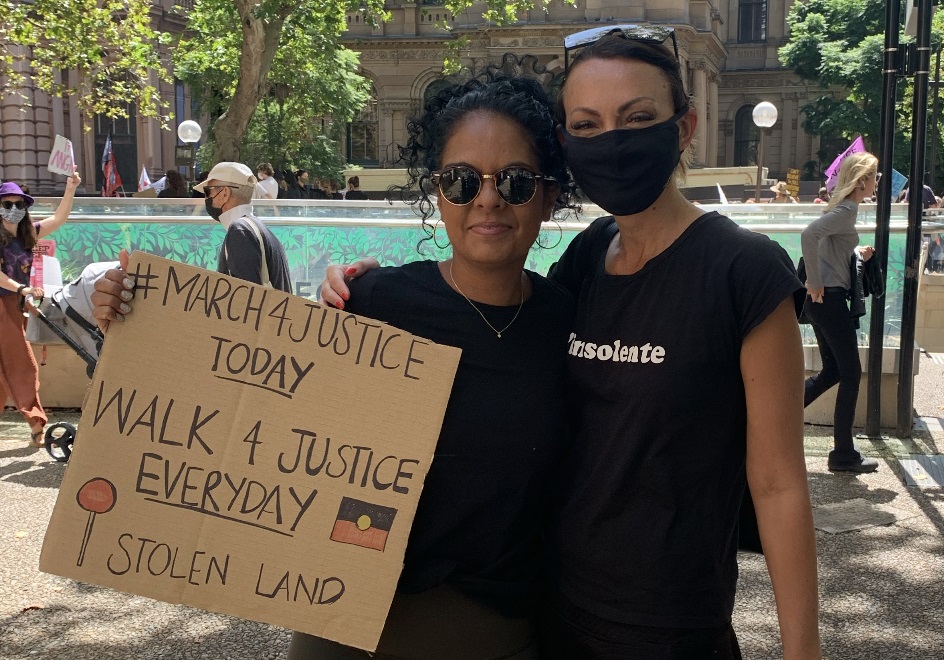 The movement has been brewing in Australia for decades but has gained momentum in recent weeks following the high-profile allegations and Canberra’s contentious response, which many argue was inadequate.

“Women’s rights are human rights, and this is a crisis,” Portolan said.

“Our parliaments must be exemplary workplaces with high standards and integrity – places where young women should feel safe but also thrive.

“Sexual assault is heavily under-reported, and even when it is, there is a systemic culture which rarely brings survivors justice.”

Organisers at the Canberra protest presented a petition to lawmakers with over 90,000 signatures calling for greater accountability over sexist behaviours in parliament.

They have also called for Porter – a senior government minister – to stand down.

Police have closed their case against the attorney general, but protesters have argued for a separate inquiry into the allegation against him.

Portolan is hopeful that yesterday’s events effect real and lasting change across the nation.

“I hope that it sparks more conversations in homes, schools and institutions around Australia about gendered violence, sexual assault and consent and, ultimately, change,” she said.

“Male allies, we welcome your support – don’t be afraid to stand alongside us, and call out behaviours that are not right.”

As the conversation continues, Portolan urges Australians to maintain an “intersectional lens” on the issue.

“Growing evidence – especially during the pandemic – indicates a disproportionate number of First Nations women, [including] young women aged between 18 and 24, women with restrictive health conditions, pregnant women and women in financial stress, were more likely than the general population to have experienced physical and sexual violence,” she said.

A number of Indigenous organisations and politicians have joined forces with the movement, marching alongside protesters on Monday and highlighting the disproportionate effect sexual violence has on First Nations women.

An incredible turn out at the Women’s #March4Justice out the front of Parliament this afternoon, and all over the country. We must seize this moment. pic.twitter.com/kzbAp0F4IR

Aboriginal community-controlled family violence service Djirra reported via Twitter they had received an uptick in donations thanks to the rallies on Monday.

“Shout out to the women who couldn’t make the #March4Justice today but showed support by donating to Djirra,” they wrote.

Shout out to women who couldn't make the #March4Justice today but showed support by donating to Djirra. Stand with us by giving to ACCOs that provide specialist culturally safe services for Aboriginal women experiencing sexual assault and family violence.https://t.co/rqtDsHm25A