They said farewell in 1935, in the Italian city of Pescara. 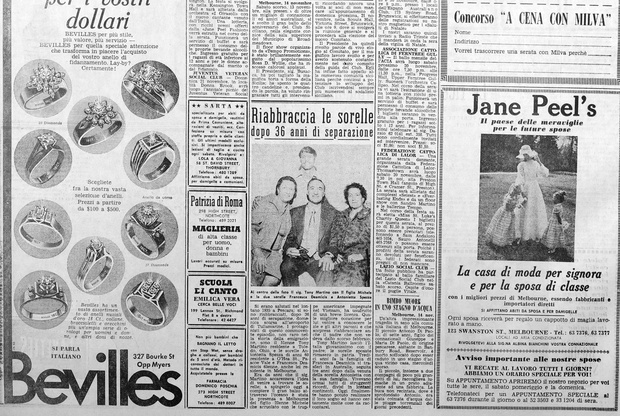 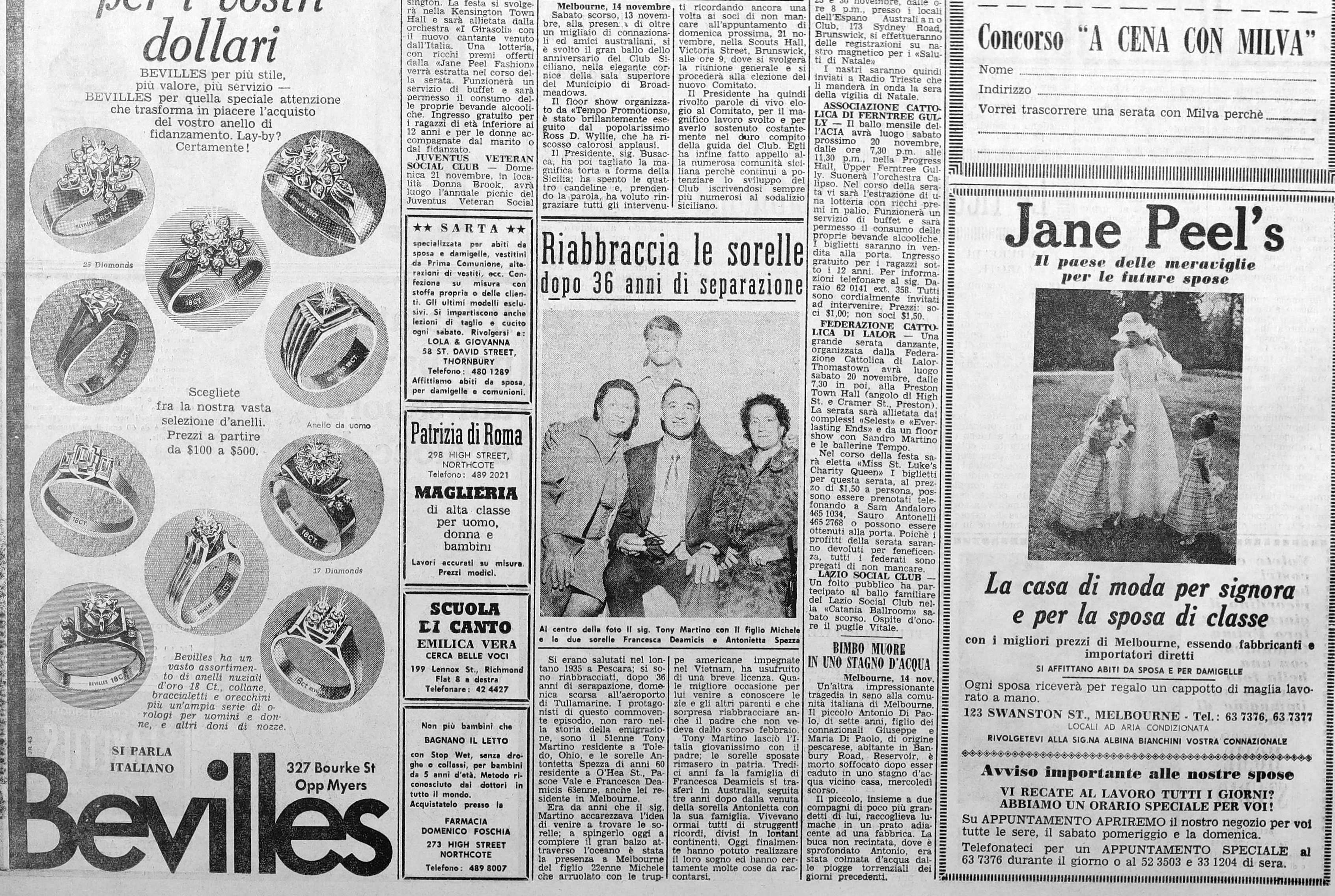 On Sunday, they embraced each other again, after 36 long years of separation, at the Tullamarine airport.

The protagonists of this moving story – which is similar to that of many other migrants’ – are Tony Martino, 51, and his sisters, Antonietta Spezza, 60, and Francesca Deamicis, 63.

Tony lives in Toledo, Ohio, while his sisters live halfway around the world, in Melbourne.

For years, Tony had wished to visit his sisters in Australia; the opportunity arose when his son Michele, 22, who is enrolled in the US army and is deployed in Vietnam, planned a trip to Melbourne during his leave.

Michele has had the chance to meet his aunts and other relatives in Australia and see his father again, whom he hadn’t seen since February.

Tony emigrated from Italy as a child with his father, while his sisters, who were already married, stayed in Italy.

Francesca’s family moved to Australia 13 years ago and were followed by Antonietta and her own family three years later.

Today they got to realise their dream of being reunited, and we’re sure they have a great deal to catch up on!

This story appeared in the Tuesday November 16, 1971 edition of Il Globo.