1988: A tragedy unfolds in seven seconds

The Flugtag ’88 air show took place on August 28, 1988 at the NATO Ramstein Air Base in West Germany. 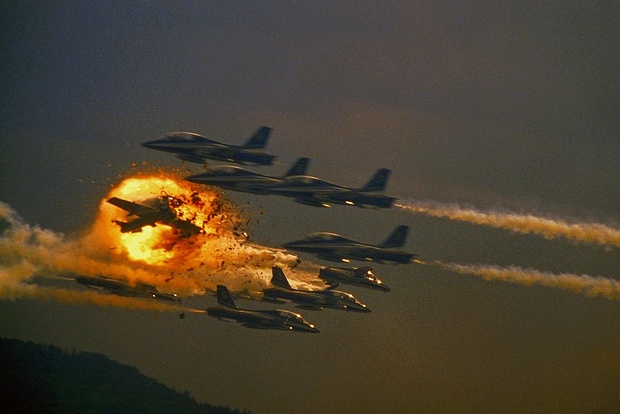 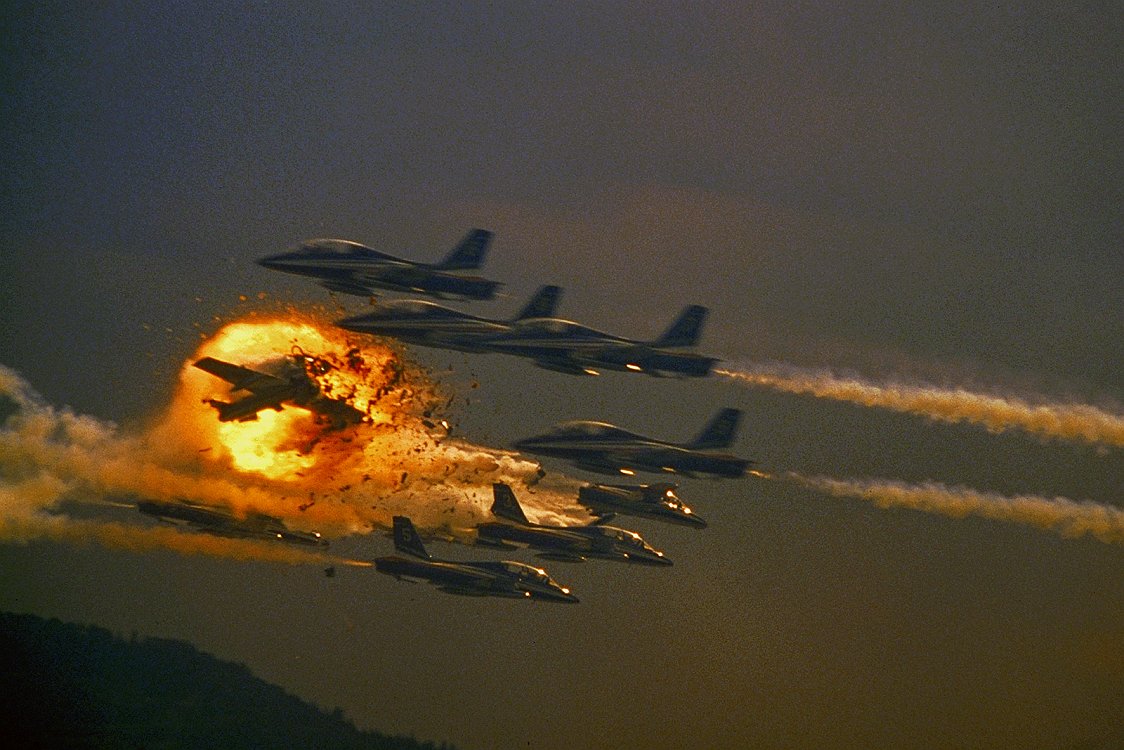 That afternoon, seven traumatic seconds resulted in one of the deadliest accidents in the history of air shows, leaving 70 dead and 346 severely injured.

On the US Base that day, the Italian Air Force display team Frecce Tricolori was eagerly anticipated by a large crowd.

The program included a performance of the “pierced heart”, one of the most renowned formations of the Frecce Tricolori where two groups of aircrafts form a heart shape before a lone airplane then “pierces” it.

But the soloist who was to “pierce the heart”, Lieutenant Colonel Ivo Nutarelli, intercepted his colleagues too soon, causing a collision.

The three aircrafts exploded into flaming fireballs, shooting through the sky in an uncontrollable manner.

Lt. Naldini’s aircraft, “Pony 1”, crashed into a lane alongside the track.

The pilot was able to eject from the aircraft but hit the track and died before his parachute opened.

Capt. Alessio’s life also came to a tragic end on the track, as his aircraft exploded from the impact of the collision.

The most tragic flight, however, was that of “Pony 10”.

After the impact, the Lt. Nutarelli’s Aermacchi plummeted onto the crowd, which was yet to fully realise what was happening.

Aside from the three Frecce pilots, 51 spectators were killed instantly while 16 died from their injuries in the following weeks.

The surrounding hospitals were filled with hundreds of victims, suffering from various degrees of burns, among them many women and children.

And all in seven – painfully long – seconds.

The Ramstein tragedy was immediately surrounded by a range of hypotheses all linked to conspiracies and claims of sabotage.

Many of these theories relied heavily on the fact that Lt. Nutarelli and Lt. Naldini, as it was later found by the commission of the Ustica Massacre, had ascended in flight the evening of June 27, 1980 from the Grosseto Air Force Base and intercepted Itavia’s DC-9-15 aircraft involved in the crash.

According to these theories, the sabotage of Ramstein was designed to get rid of any possible witnesses, as both Lieutenants supposedly knew details of the Ustica Massacre.

It was difficult to confirm this hypothesis, given the obvious disparity between the ends and the means.

It would mean that a disaster would have had to have been methodically planned with the uncertainty of its success, just to eliminate two witnesses.

The experts instead suggested that the Ramstein catastrophe was nothing more than the product of a tragic error.

Lt. Nutarelli, regarded as perhaps the most competent soloist that the Frecce Tricolori ever had, arrived at the formation too early.

Maybe, as supported by other theories, the pilot had been blinded by the sun.

Perhaps because of this, to slow his speed, he had lowered the undercarriage, but was unable to avoid the collision regardless of his efforts.

From that day, on air shows were no longer the same.

Strict safety measures were immediately implemented for all air shows.

Today, formations can no longer be performed over an audience, and spectators must stand several hundred metres from the exhibition.

As for the Tornado fighter jets, the Gulf War incident also made recent history.

Overnight, between January 17 and 18, 1991, Major Gianmarco Bellini and Captain Maurizio Cocciolone accomplished a solo flight mission in Iraq, but their aircraft was hit.

The pilots managed to save themselves thanks to the ejection seats, but they were taken prisoners by the Iraqi Republican Guard upon hitting the ground.

Both men were freed that March, immediately after the conflict ended.