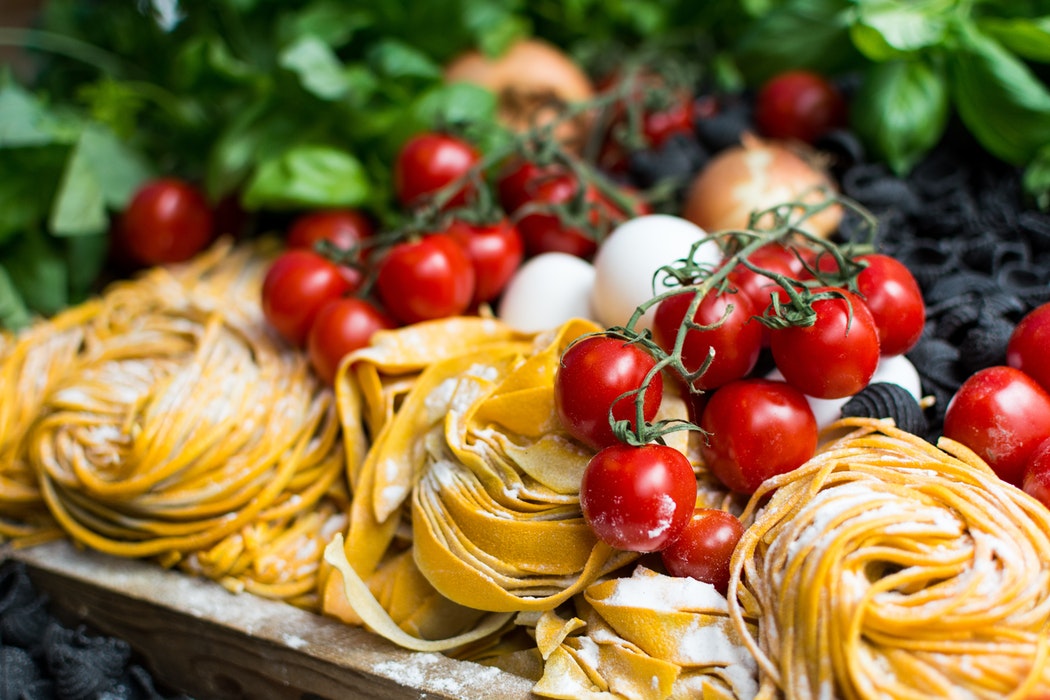 Pasta is Italy’s most famous product, and more than 300 types exist across the Belpaese.

From the north to the south, each region has its own traditional pasta varieties, each of which is designed to hold sauces made with local ingredients.

Embark on a culinary journey with us to discover the different pasta types of Italy’s 20 regions.

This pasta is long, like spaghetti, only it has a square shape.

Chitarra is Italian for “guitar” and this particular pasta is made by pushing the fresh dough through fine strings, similar to those of a guitar.

Eat this pasta with a rich and hearty sauce, like a ragù. With a name translating to “big ears”, this pasta variety is similar in shape to its cousin, orecchiette, only three times the size.

This ear-shaped pasta goes well with a simple tomato sauce or a thick meat ragù.

This typical eggless Calabrian pasta is similar to fusilli and is made of the simplest ingredients: warm water, a pinch of salt and durum wheat semolina.

The dough is wrapped around a stick which resembles an “esparto”, a cord-like tough grass which is used to weave baskets.

Fileja is best served with a rich sauce made from minced pork, vegetables or Calabria’s famous spicy ’Nduja sausage.

Italian for “pens”, this pasta was named after its shape, which is similar to that of a pen or quill.

This tubular pasta is cut diagonally and can be smooth or ridged. This is a hand-rolled pasta variety made with flour, water, Parmigiano Reggiano and egg whites.

Short and twisted in shape and irregular in size, this pasta is the rustic cousin of cavatelli.

Its name translates to “priest-choker”, and legend has it, locals would serve priests strozzapreti as an offering and the priests would eat it so quickly that they could have choked.

Serve with light and smooth sauces.

This triangular pasta is made with buckwheat flour and eggs, hand-cut and cooked in boiling water for just a second.

With a name deriving from buco, the Italian word for “hole”, this pasta is very similar to spaghetti, only it has a hollow centre similar to a straw.

Though this pasta is highly versatile and can be paired with most sauces, it works well with rich flavours like a meat ragù.

This fresh pasta variety is almost too pretty to eat: it’s coin-shaped and embossed with a design using a special hand-stamp.

It became fashionable during the Italian Renaissance, when noble families would stamp their heraldic badge on their pasta.

The embossed designs help hold sauces, and this pasta goes well with meat sauces or hand-pound sauces, like the typical Ligurian basil pesto. Known by English speakers as “bow-tie” pasta, farfalle are named after “butterflies” in Italian due to their shape.

This pretty pasta variety is best served with smooth and silky sauces, like a simple tomato and basil sauce. While many associate the word “maccheroni” with small pasta, this variety is long like spaghetti, and extremely thin.

Dating back to the 15th century, this pasta was first documented as “angel hair so thin it melts in the mouth”.

It’s made with wheat flour and fresh eggs, but not water.

Traditionally, it’s laid in thin sheets, then cut into strings and left to dry on special paper.

This ancient pasta is best described as long and concave dumplings.

It’s made with just three ingredients: durum wheat semolina, warm water and a pinch of salt.

This pasta goes well with the region’s typical pork sausage ragù, but also tastes great with a simple broccoli and chilli sauce. This square-shaped pasta is stuffed with meat or vegetables.

Typically, it’s dressed with beef broth or pan-fried in butter and fresh sage, as a complex sauce would detract from the flavours in the tasty pockets. Italian for “little ears”, this pasta is named after its earlike shape. This pasta is also called “Sardinian gnocchi” because of its shape, which is very similar to potato gnocchi.

Made of durum wheat semolina flour, water and salt, it’s hand-rolled onto a round reed basket to get its shape.

Traditionally, the dough is infused with a pinch of saffron.

Sardinians prefer this pasta with a fennel sausage, saffron and tomato sauce, or a seafood-based sauce. Meaning “bride-grooms”, this pasta is Sicily’s answer to penne.

Much like penne, this tubular pasta can be smooth or ridged.

Given its chunky form, it’s perfect for a thick meat sauce or a cheesy pasta bake.

Translated to “lilies”, this dried pasta variety is a tribute to the emblem of Florence.

With ruffled edges and a fluted shape, this pasta catches thick and creamy sauces exceptionally well.

It is often served with a mushroom sauce or a silky pesto.

This is a long rectangular pasta type made from durum wheat flour and water.

Like spaghetti but with a flatter surface, this pasta goes well with a light and smooth tomato-based sauce. Though pasta isn’t very popular in this northern region, one traditional dish is gnocchi alla bava.

The gnocchi are made with buckwheat and white flour and then baked with locally-sourced Fontina cheese, butter and nutmeg for a rich and tasty dish.

This thick, noodle-like pasta is made from whole-wheat flour, butter and duck eggs.

It’s best served with light and creamy sauces, such as a nice seafood condiment.