An interview with Daniele Fulvi, Italian PhD student in Sydney

Daniele Fulvi is from Italy and moved to Australia in August 2016, to commence a PhD in Philosophy at Western Sydney University (WSU). 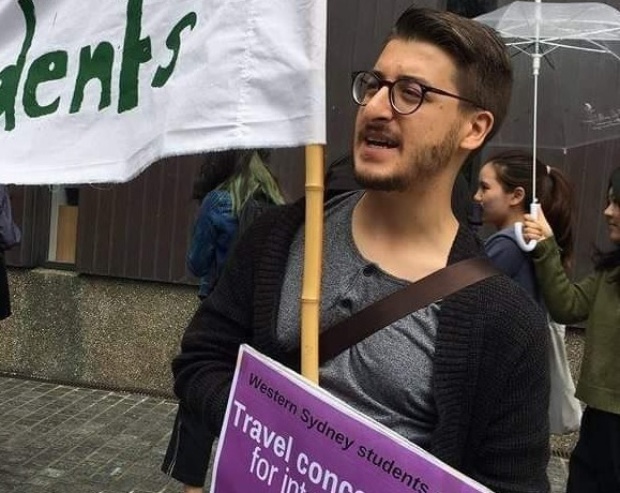 Daniele Fulvi is an Italian student who is involved in student activism in Sydney. (Photo supplied) 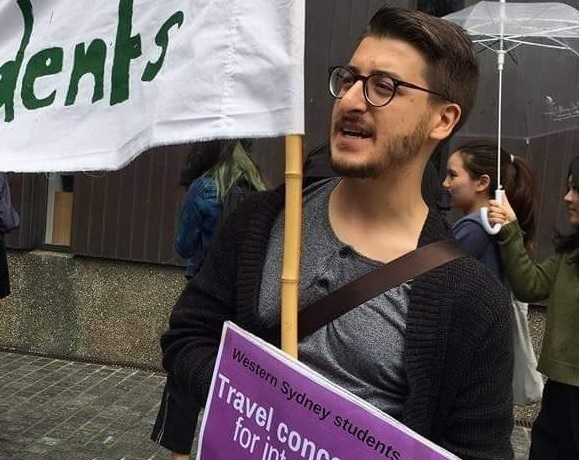 Daniele Fulvi is an Italian student who is involved in student activism in Sydney. (Photo supplied)

In 2017 he was one of the Student Representatives in the Bankstown Student Campus Council (BSCC) at WSU.

Before coming to Australia, Fulvi studied philosophy at the University of Florence and was involved in left-wing student activism.

In Sydney, he has been extensively involved in a campaign to allow international students to access travel concessions.

You moved to Australia from Italy in 2016 to commence a PhD in philosophy at WSU. What is your PhD about?

I’m working on moral philosophy, and more specifically on the question of evil in the works of the German idealist Friedrich Schelling and the Italian existentialist Luigi Pareyson.

Basically, these two philosophers shifted the discussion on good and evil from the more traditional sense in which those notions are understood as moral matters, to regarding them rather as ontological forces that ground human life.

Put simply, my aim is to understand evil in a material sense and to avoid any sort of religious, metaphysical and moralistic interpretation of it.

Name one of your favourite philosophers and why?

I would say Friedrich Nietzsche.

I love his idea of the “eternal recurrence”, which does not mean, as many believe, that we are actually “doomed” to cyclically and eternally repeat our existence.

Rather, it means that if we actually were doomed to live the same life again and again, and therefore to repeat the same choices that we made in the first place, we have to act in ways that we would not regret our choices and that we will be happy to repeat them every single time.

Put simply, it means “always act according to your real desires”.

Before this, you studied at the University of Florence. What are some major differences between studying at an Italian university and an Australian one?

It’s not easy to say, since that was a different stage of my education, but I will try.

First of all, tertiary education in Italy is much more accessible than in Australia, since you are not required to pay the same amount of fees that you pay here.

In Italy, university fees are determined by your family’s income and by the degree you are enrolled in, which means that a degree in humanities has lower fees than a degree in medicine, and that the richer you are, the higher fees you have to pay.

But they never reach the ridiculous amount of Australian universities fees.

And they do not discriminate between local and international students.

Then, there are also some differences in the academic programmes, but it would be too long to explain here.

The campaign was initiated by the Bankstown Student Council at WSU, of which I was a member back then.

The petition was also supported by other student councils, such as the University of Sydney one, and other political organisations, such as the youth branch of the Socialist Alliance, of which I am also a member.

The turnout was great and we collected thousands of signatures, both from domestic and international students.

We also handed the signed sheets to the NSW Parliament, thanks to the help of two Greens’ MPs, Mehreen Faruqi and David Shoebridge.

The issue has also been mentioned in the NSW Parliament in a couple of occasions, but until now the law still hasn’t been changed.

There are plenty of reasons why international students should have travel concessions, as is the case for domestic students.

First of all, it is not fair to discriminate and exclude someone from a service based only on their place of birth.

Also, international students are already required to pay at least twice as much as domestic students in terms of university fees, and their families are struggling a lot to give them the opportunity to get an education in this country.

Plus, NSW is the only State in Australia where international students cannot access travel concessions.

However, more than one third of the national total of international students are in NSW, so this exclusion is even more unfair, since we are talking about more than 300,000 students.

Also, it cannot be ignored that international students represent a significant boost for the quality of Australian universities’ teaching and research: that is, we come here not only to learn, but to take part to research projects and to put our knowledge and skills at the disposal of this country.

Indeed, if the research quality of Australian universities has increased so much in the last few years, part of the merit has to go to international HDR and PhD students.

You write for Australian progressive newspaper Green Left Weekly (GLW). How did you first get involved with this paper?

I firstly get involved with the Resistance club on Bankstown campus, and then I have met the GLW editors and activists, offering them my help.

They accepted and I started writing about Italian and European politics, which are going through a very delicate but interesting period.

What are the benefits of community-run papers and how do they cause change in society?

I firmly believe in freedom of press and that big corporations should not interfere with it.

Community-run and activists-run papers are a fundamental cornerstone for free and independent press, since they are the best alternative to the corporate mainstream media.

They are the only papers that are really on people’s side, without third party interests. 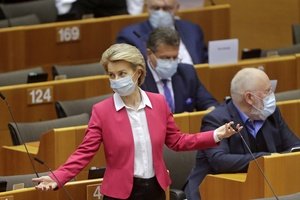