There are a few things that will forever stick in the mind of a ‘90s kid: think Gameboys, the Spice Girls and Furbies. 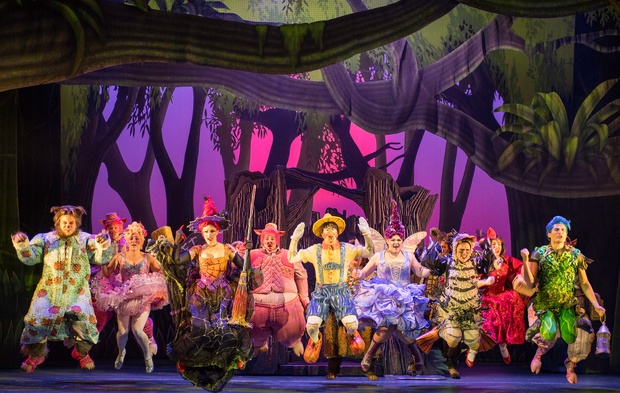 Ross Chisari (centre) as Little Pig with the cast of ‘Shrek the Musical’. (Photo: Brian Geach) 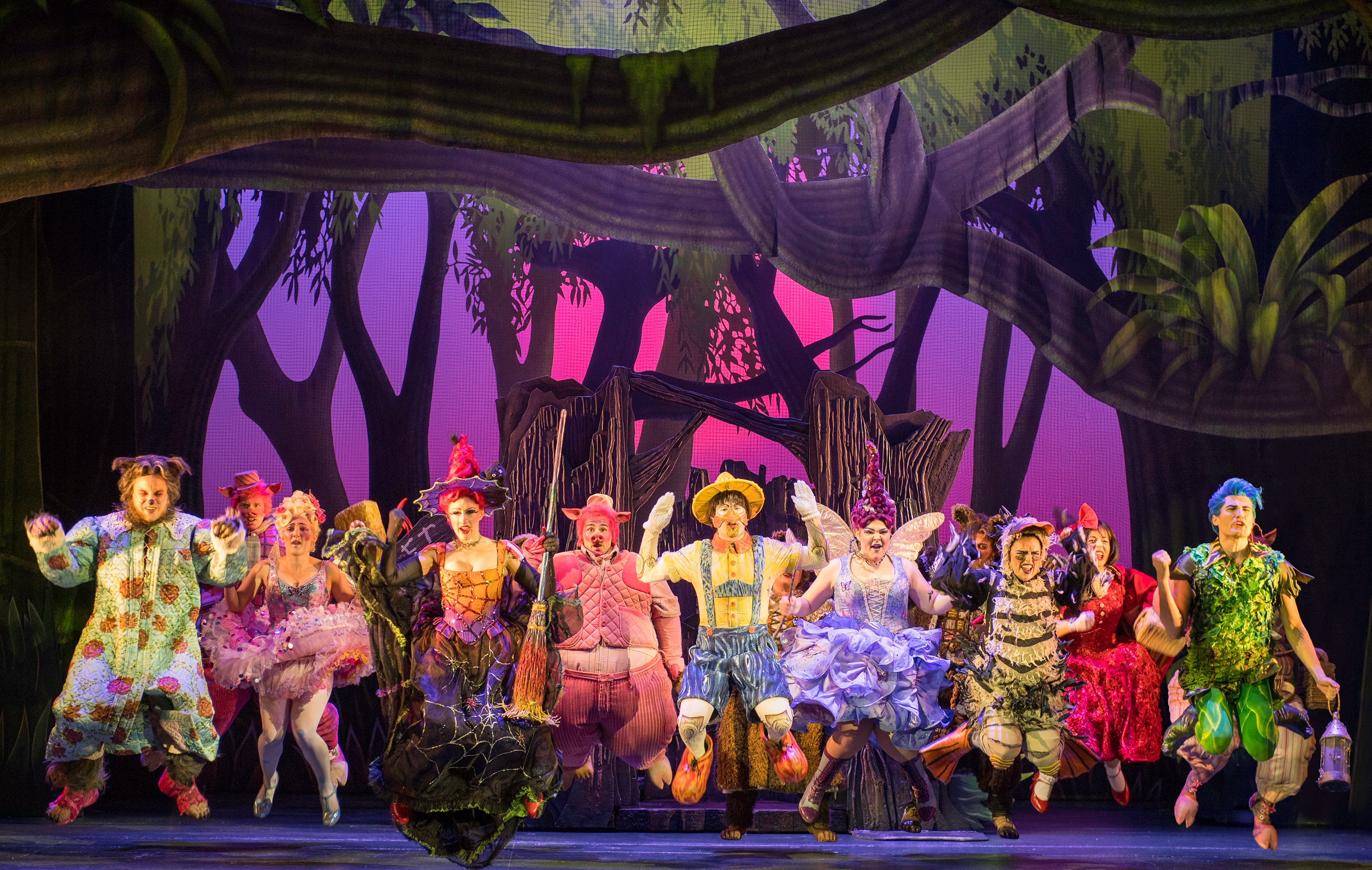 Ross Chisari (centre) as Little Pig with the cast of ‘Shrek the Musical’. (Photo: Brian Geach)

Every 20-something across Australia remembers the pivotal moment they were first introduced to the big green ogre called Shrek, following the release of the Oscar-winning DreamWorks film based on William Steig’s 1990 novel.

As a young Ross Chisari first watched Shrek, he had no idea he’d one day bring the hilarious story of everyone’s favourite ogre to life on stages across the nation alongside big names such as Marcia Hynes and Todd McKenney.

Fast-forward a couple of decades, and the 27-year-old is currently touring Australia with the Broadway smash hit Shrek the Musical.

After making its Australian premiere in Sydney, the multimillion-dollar musical will head to Her Majesty’s Theatre in Melbourne from February 16, followed by Brisbane’s Lyric Theatre from May 9.

We all know how the story of Shrek goes...

In a faraway kingdom turned upside down, things get ugly when an unseemly ogre – not a handsome prince – shows up to rescue a feisty princess.

Throw in a donkey who won’t shut up, a bad guy with a short temper, a cookie with attitude, and over a dozen other fairy tale misfits, and you’ve got the kind of mess that calls for a real hero.

Luckily, there’s one on hand… and his name is Shrek.

Taking on the role of Little Pig (the first of the three, to be precise), Chisari has had the chance to rediscover the tale of Shrek and appreciate its true meaning.

“The whole moral of the story is: don’t judge a book by its cover,” he said.

“The musical addresses social issues which are apparent in today’s society, such as discrimination and inequality.

“A lot of shows are a nice bit of escapism, but they aren’t exactly relatable; even though Shrek is fictional, it has so many relevant underlying messages.”

When the Three Little Pigs first appear in the show, they’ve been kicked out of their homes by Lord Farquaad and forced to relocate to a stinky swamp.

“You see them hit rock bottom, but the best thing about the Three Little Pigs is that they always stick together,” Chisari said.

After travelling for days on end with their fellow fairytale characters, the displaced group of creatures decide to band together and revolt in order to reclaim their home, their rights and their dignity.

A graduate of the Western Australian Academy of Performing Arts (WAAPA), Chisari has performed and starred on both Australian and international stages.

Despite his impressive resume, this is the first time he’s played a fairytale creature – an art which comes with its challenges.

“When you play a real-life character, you have a history and back-story to build on,” he explained.

“With the Three Little Pigs, you’ve basically only got the fairytale rhyme to go off.

“It’s a double-edged sword – you have a lot of creative freedom to build the story, but at the same time you’re limited because you don’t even know their age and you have to construct their entire identity.”

Another challenge is conveying the heart and true essence of a fairytale character, despite its fictional nature.

In order to get in this mindset, Chisari likes to think of the Three Little Pigs as himself and his two younger brothers, Jacob and Matthew.

This is just one way Chisari’s family has helped him on the path to success: another is simply through their unwavering support of his career… despite it being a little baffling for some of them.

Chisari grew up in Mildura, on the banks of the Murray River, surrounded by a big Italian family.

His paternal grandparents migrated to Australia in the 1950s: his nonna from Calabria and his nonno from Sicily.

Growing up, family was everything.

“Every Sunday, like clockwork, we’d go to church and then we’d get together and have a feast at nonna’s,” Chisari said.

“We’d get there at 1:00 pm and catch up on the week’s events over a bowl of spaghetti and meatballs and a glass of wine.”

While Chisari’s passion for performing and “being a bit extra” goes way back, he has no idea where it comes from.

But one thing’s for sure: he didn’t inherit it.

“I’m the black sheep of my family,” he said.

“Performing in the Chisari clan is not a legacy at all; it’s quite bizarre to my family that I sing and dance.

“Every time we get together at family gatherings, people want to know about my ‘foreign and exotic’ career!”

It’s a career that has taken him to different corners of the globe, most recently the UK, where he toured with The Rocky Horror Show.

“It was one of the hardest experiences of my life,” Chisari said.

“We only spent six days in each city, then on our day off we’d travel to the next location.”

Aside from being on solid ground for more than a fleeting moment in each city with Shrek the Musical, Chisari is also looking forward to performing in front of his family.

“My nonna will definitely come and see me in Melbourne,” he said with a chuckle.

“She said she doesn’t care how big or minor the role is, seeing me on stage in a fat suit is going to beat anything I’ve ever done!”

All jokes aside, Shrek the Musical has something for everyone, young and old.

Chisari hopes the audience walks away with a new perspective of the classic tale we all know and love.

“We’re all made up of the same genes, we all live in the same climate and we all have the same issues; we’re all part of the same family,” he concluded.

“To think that you’re more or less superior to someone else is preposterous, because we’re all equal.”

It turns out Little Pig is more than just a fine builder of brick houses… he’s also quite the inspiration!

You see them hit rock bottom, but the best thing about the Three Little Pigs is that they always stick together.

Performing in the Chisari clan is not a legacy at all – it’s quite bizarre to my family that I sing and dance.

To think that you’re more or less superior to someone else is preposterous, because we’re all equal. 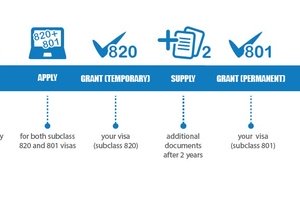 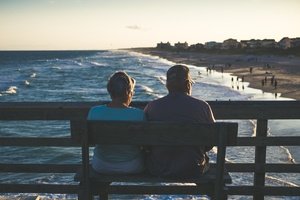 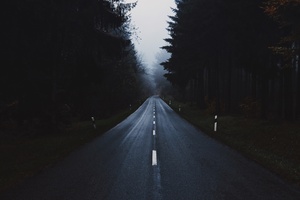 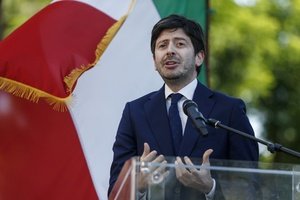 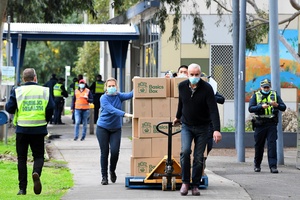 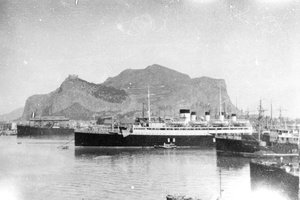 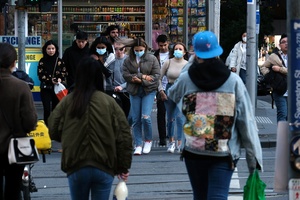