Carnevale to come to Carlton

“We want to bring back the essence of Italian traditions in Carlton.” 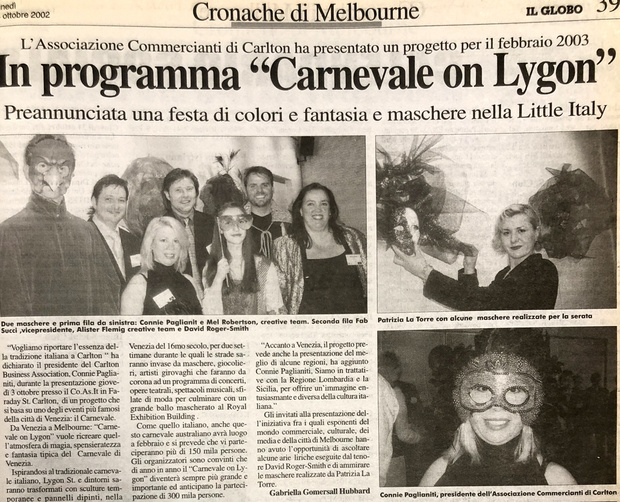 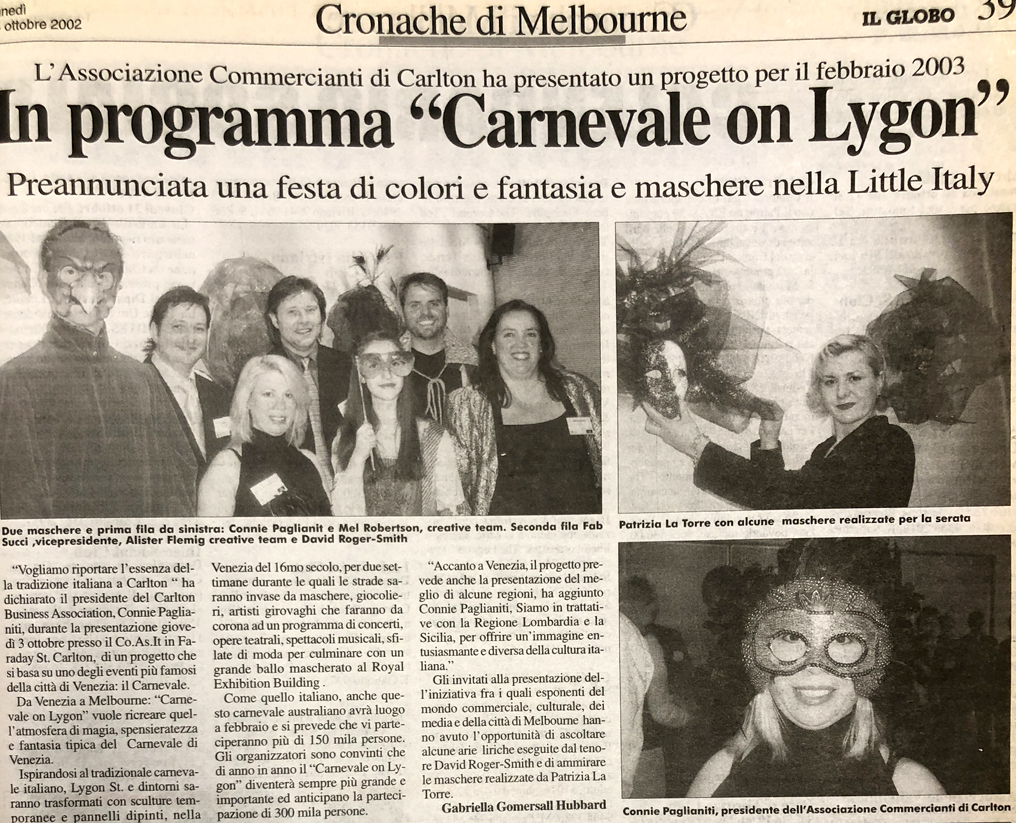 These were the words of the president of the Carlton Business Association, Connie Paglianiti, during her speech on Thursday, October 3, at CO.AS.IT. in Faraday Street.

The speech was made at the presentation of a project inspired by one of Italy’s most famous events: Carnevale in Venice.

‘Carnevale on Lygon’ hopes to bring the tradition from the lagoon city to Melbourne and recreate its magical atmosphere.

For two weeks, Lygon Street and its surroundings will be transformed into a wonderland with sculptures and artwork representing 16th-century Venice.

During the festivities, streets will be filled with masks, jugglers and roaming artists and musicians.

A series of concerts and fashion parades will also take place, while the celebrations will culminate in a masquerade ball at the Royal Exhibition Building.

Just like the real Carnevale, the event will take place in February.

An estimated 150,000 people will participate.

Event coordinators are convinced that, over the years, ‘Carnevale on Lygon’ will come to attract around 300,000 people.

“Alongside Venice, the event will showcase the best that other Italian cities and regions have to offer,” Paglianiti said.

“We’re in negotiations with the Region of Lombardy and the Region of Sicily to offer a unique and positive image of Italian culture.”

Guests at the initiative’s presentation included members of the business, media and cultural worlds.

The evening included a performance by tenor David Roger-Smith and a display of masks made by Patrizia La Torre.

This story appeared in the Monday October 14, 2002 edition of Il Globo.