Italy on Monday reported a second successive drop in daily deaths and infections from coronavirus, suggesting the tide may be turning at the global epicentre of the virus. 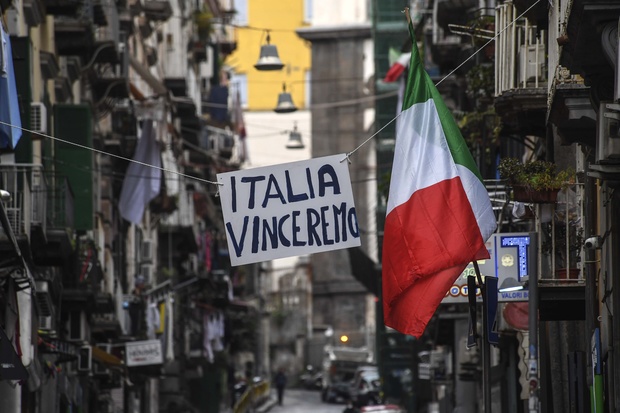 A banner in Naples which reads: “Italy, we will win.” (Photo: AAP)

A banner in Naples which reads: “Italy, we will win.” (Photo: AAP)

The country has now seen its daily fatalities come down from a world record 793 on Saturday to 651 on Sunday and 601 on Monday.

The number of new infections also rose at a slower rate: by 3780 on Monday compared to 3957 on Sunday.

Another 480 people were confirmed to have recovered, bringing the total to 7432.

That leaves Italy with 50,418 active cases of the new coronavirus, including 20,692 patients in hospital and 3204 in intensive care.

The remaining 26,522 people infected are self-isolating at home.

In total Italy has now confirmed 63,927 cases of the virus since the outbreak began.

It has reported 6077 deaths – more than that of China and third-placed Spain combined.

The majority of Italy’s cases have been in the north, mainly in the region of Lombardy where the first cases of community transmission were recorded in late February.

The top medical officer for Lombardy appeared on television on Monday, smiling for the first time in many weeks.

“But there is light at the end of the tunnel.”

“These are positive number but I do not have the courage to firmly state that there is a downward trend,” he told reporters.

“This is an extremely important week to assess the evolution of the epidemiological curve.

“Our task is to avoid the curves that we’ve seen in the north occurring in the south.”

The major concern now is that people who have travelled from north to south since the outbreak began have spread the virus to Italy’s poorer southern regions, which would be unable to cope with the strain on their health systems.

“The curve doesn’t seem to be rising in the south, but in the press I’ve seen pictures of streets full of people, things we’re not seeing elsewhere,” Brusaferro said.

“If our attitude is rigorous and united throughout the country, there’s a concrete possibility that we won’t see the curve [in the south] following a similar path to that in the north.

“But if we’re not rigorous, trends don’t depend on latitude but on our behaviour.”

All 20 Italian regions have now reported at least one death linked to coronavirus, including Basilicata in the south which announced its first fatality on Monday.

Italy has sacrificed its economy and liberties by closing and banning almost everything to halt the spread of a virus the government views as an existential threat.

Experts have predicted the number of cases will peak in Italy at some point from March 23 onwards – perhaps in early April – though many point out that regional variations and other factors mean this is very difficult to predict.

Other countries are watching closely to see if Italy’s nationwide lockdown and quarantine measures eventually prevail. 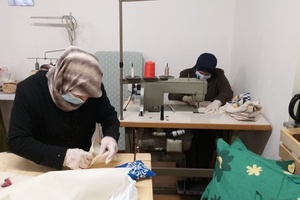 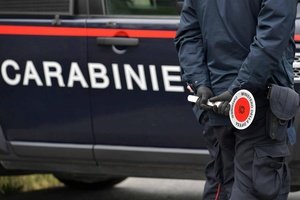 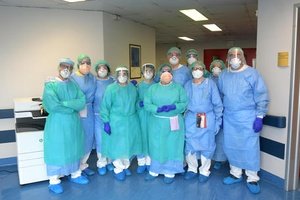 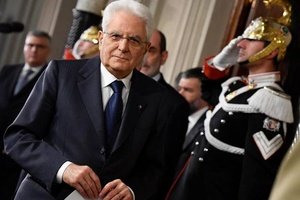 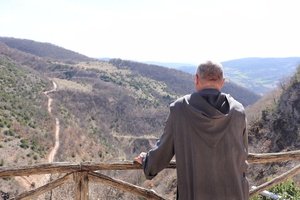 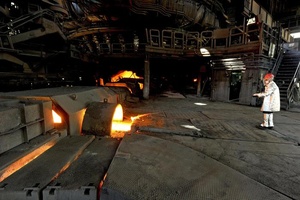 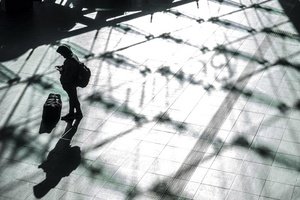 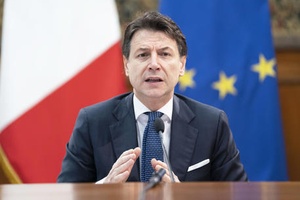 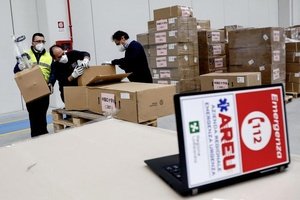 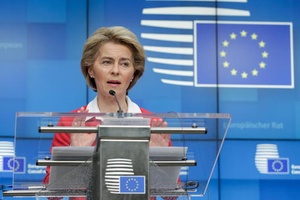