Archaeologists have unearthed a stunning treasure in the ruins of Pompeii, the ancient Roman city which was destroyed following the explosion of Mt Vesuvius in AD 79. 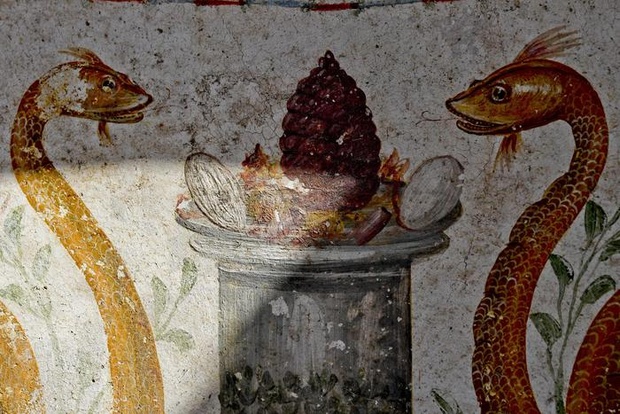 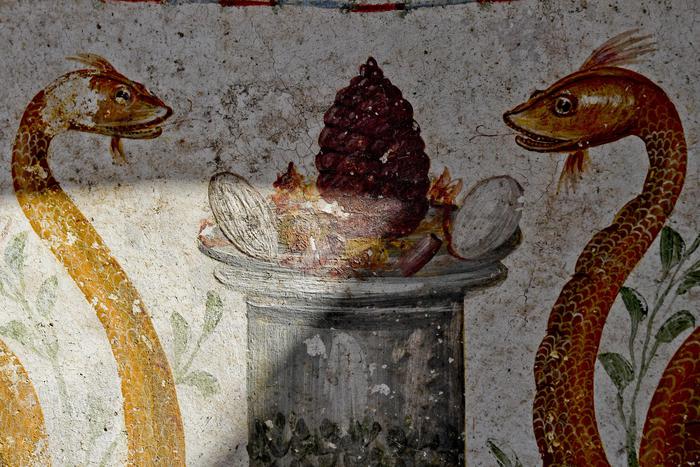 The new discovery is a richly painted garden fresco in the lararium, or shrine area, of a home which was buried in volcanic ash and pumice centuries ago.

In ancient Roman times, lararia were altar spaces at the entrances of homes of wealthy families, where offerings and prayers were made to the Roman gods.

Marble or bronze statues of gods would have been placed in the area, and archaeologists found burn marks on the stone altar, evidence of the offerings that the household would have made to honour their gods.

“This lararium is one of the most elegant to have emerged at Pompeii,” archeologists said in a press release.

The well-preserved room has blood-red walls which are adorned with serpents, golden beasts fighting against a black wild boar, skies decorated with delicate birds, trees and the portrait of a figure which is part-man, part-dog.

“It is a marvelous and enigmatic space,” said Massimo Osanna, the director of the archeological site.

“It will need to be studied in great detail.”

The remains of the villa were discovered during the latest phase of excavations at the ancient site.

As part of the Great Pompeii Project, areas which have never before been escavated, or which were partially dug in the 19th century, are being explored.