Erich Priebke: The return of the "Butcher of the Ardeatine caves”

On November 21, 1995, former SS Captain Erich Priebke was extradited from Argentina to Italy. 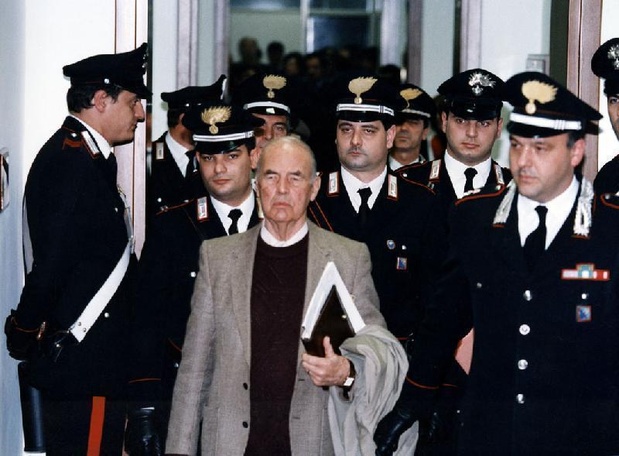 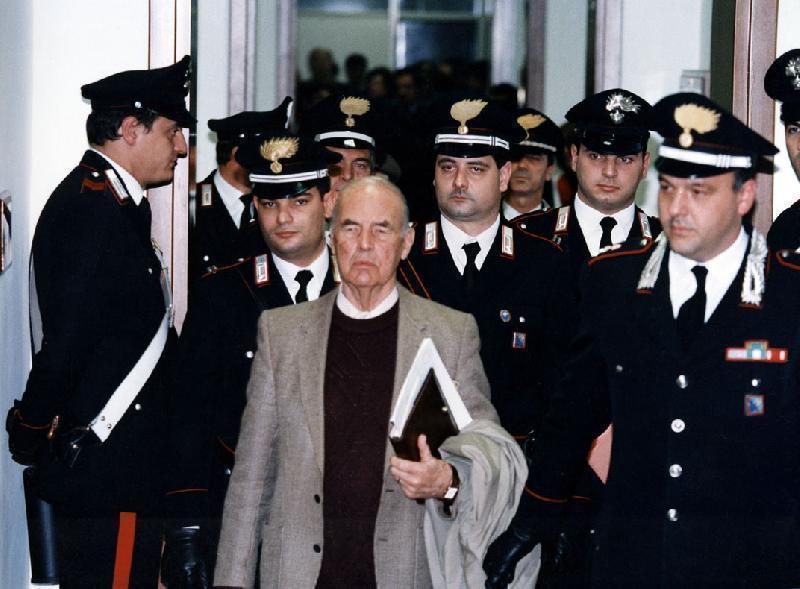 The extradition marked the beginning of a long and tortuous saga which would last well beyond the death, at 100 years of age, of the ex-Nazi officer sentenced to life imprisonment for the Ardeatine Massacre.

Priebke was one of the men responsible for the execution of 335 Italian civilians on March 24, 1944. It was a reprisal shooting for a partisan attack on 33 German police officials who were marching down Via Rasella in German-occupied Rome. The retaliatory bloodbath took place near a series of ancient catacombs on Via Ardeatina, on the outskirts of Rome.

What set this mass slaughter apart, was the large number of victims and the circumstances which brought it about, as well as the sheer brutality of the methods applied. This historic event became a symbol of civilian slayings during the Nazi occupation of Rome.

At the end of the war, Priebke fled from a concentration camp near Rimini on the Adriatic coast, and made his way north. Thanks to the help of a few South Tyrolean priests, he managed to escape to Argentina where he stayed in hiding for fifty years. In May 1994, the former deputy Gestapo chief was discovered by an investigative journalist from the American Broadcasting Company. Surprisingly, Priebke consented to an interview.

The interview was televised and the fugitive arrested. The Italian government then began the complicated process of extradition, which was successfully expedited in November 1995.

Upon his arrival in Italy, Priebke was sent to the military prison at Forte Boccea in Rome. He faced trial but was acquitted because of a 30-year statute of limitations on murder charges.

His release caused a public outcry and his freedom was short-lived. A few hours later, Priebke was taken into custody. Meanwhile Germany too, had issued a request for his extradition, but on October 15, the Italian Court of Cassation ordered a new trial.

After a longwinded legal dispute, on February 10, 1997, the Court decided that Priebke and fellow SS officer Karl Haas should be tried by a newly assembled military court.

The court case began on April 4, 1997, in the high-security bunker of Rebibbia Prison. At first instance, Priebke was sentenced to 15 years’ imprisonment of which 10 were amnestied due to mitigating circumstances. The prosecution in Italy was a protracted affair.

Subsequent proceedings culminated on March 7, 1998, when the Italian military appeals court sentenced both Priebke and Hass to life imprisonment for the 1944 carnage. The decision was confirmed by the Court of Cassation.

Priebke was by now 85 years of age, and because of his age, was placed under house arrest. He served the remainder of his sentence in an apartment in a northern suburb of Rome until his death in October 2013.

“In the camps, the gas chambers were never found, except the one built after the war by the Americans at Dachau,” Priebke claimed in another interview aired around his 100th birthday. He denied the existence of the Holocaust and proudly professed to have chosen to “be himself”.

“Loyalty to one’s past is something that has to do with our beliefs,” he explained. “This is the way I see the world, my ideals; ....[it] has to do with a sense of self-respect and honour.”

Erich Priebke, nicknamed “the Butcher of the Ardeatine caves”, remained unrepentant until the very end...