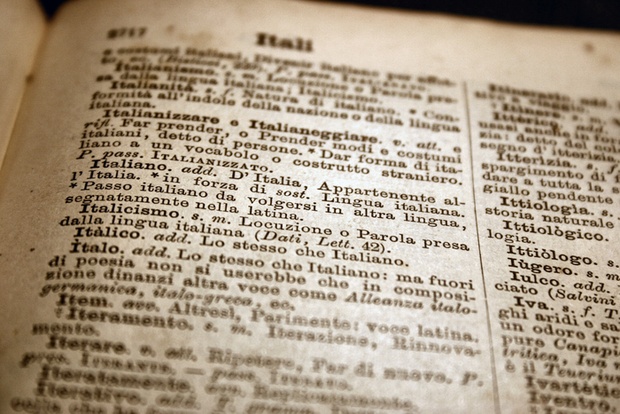 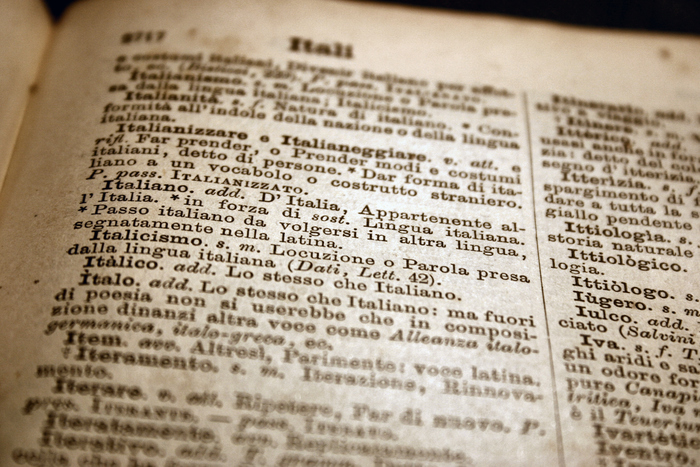 International Mother Language Day has been observed every year since February 2000, and the initiative came about as a tribute to the anniversary of the day when Bangladeshis fought for recognition for the Bengali language.

On February 21, 1952, students at the University of Dhaka and other activists protested a government order declaring Urdu as the sole national language, when Bangladesh at the time was part of Pakistan.

Four Bangladeshi students were killed by police during the protest provoking widespread unrest, resulting in 1956, in Bengali being granted official status.

Today, International Mother Language Day celebrates the importance of mother tongues and the diversity of language.

Communities all over the world take part in events, workshops and campaigns to celebrate the occasion.

As an Italian publication, we take a look at some interesting facts about la lingua italiana, to celebrate our beautiful language.

The Italian alphabet has only 21 letters

While the English alphabet contains 26 letters, Italians have excluded five letters from their own: j, k, w, x and y.

While these letters may be found in modern or Anglicised names and terms, you won’t come across them in any traditional Italian phrases.

Italian became an official language in 1861

Though its Latin roots date back to ancient times, Italian was officially recognised in early 1861.

In March of that year, the Italian parliament convened and proclaimed the unification of Italy, around the same time that a standard version of the Italian language emerged.

At the time, local dialects still reigned supreme and Italian as we know it today was only spoken by 2.5 per cent of the population living in the newly unified country.

Now, that figure is in the high 90s, though around five per cent speak only or predominantly in their local dialect.

Although there were many dialects at the time, prominent Italian writer Dante and linguist Petrarch paved the way for the Tuscan dialect to become the national language of Italy.

Italian is spoken in many parts of the world

As well as being the national language of Italy, Italian is one of the official languages of Switzerland, San Marino, the Vatican City, and Istria, and is spoken by over 85 million people globally.

It’s also recognised as a minority language in Slovenia, Croatia and Brazil.

Various sources differ slightly, but Italian is around the 20th  most-spoken language in the world.

The longest Italian word has 30 letters

Today, psiconeuroendocrinoimmunologia is the Italian dictionary’s longest word, clocking in at 30 letters and 13 syllables.

The term has an acronym of PNEI and refers to the study of nervous, immune, and endocrine system functions.

While they may not count officially, there are also long numbers such as the mammoth 64-letter-long quattrocentocinquantaquattromilacinquecentoquarantaquattresimo, the written form of “454,544th”.

Two words in the alphabet have eight consecutive vowels in them: ghiaiaiuolo and cuoiaiuolo.

And the highest number of occurrences of a single letter in a word is eight: both indivisibilissimi and indistinguibilissimi (the plural forms of “very indivisible” and “very indistinguishable” feature the letter i eight times.

Dialects are an important part of the Italian language

Truly, nothing can transport you to a specific region of Italy faster than its dialect.

These different languages developed from Latin independently, before eventually people decided it made sense to settle on one common tongue.

While Italy has many different dialects, standard Italian is based on the Tuscan dialect.

When it comes to the other regional dialects, the most widely spoken is Neapolitan, with over five million speakers.

This dialect is used by an ethnic minority from a region corresponding to present-day Croatia and is spoken in Molise, which has only around 1000 speakers.

Interestingly, dialects across Italy vary so much so, that somebody from Sicily would be unable to understand a Venetian speaking in their local tongue.