Francesca Tardioli began her mandate as the Ambassador of Italy to Australia on September 16, 2019. 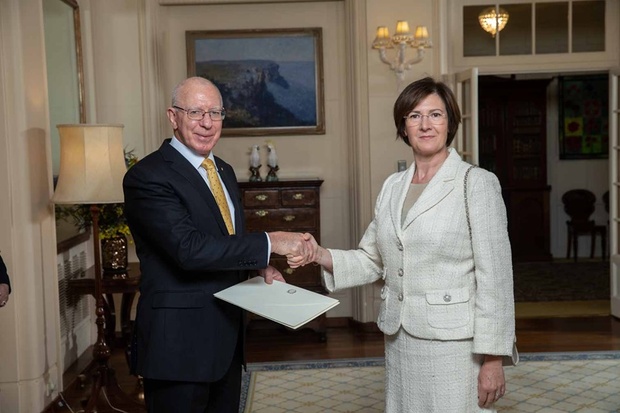 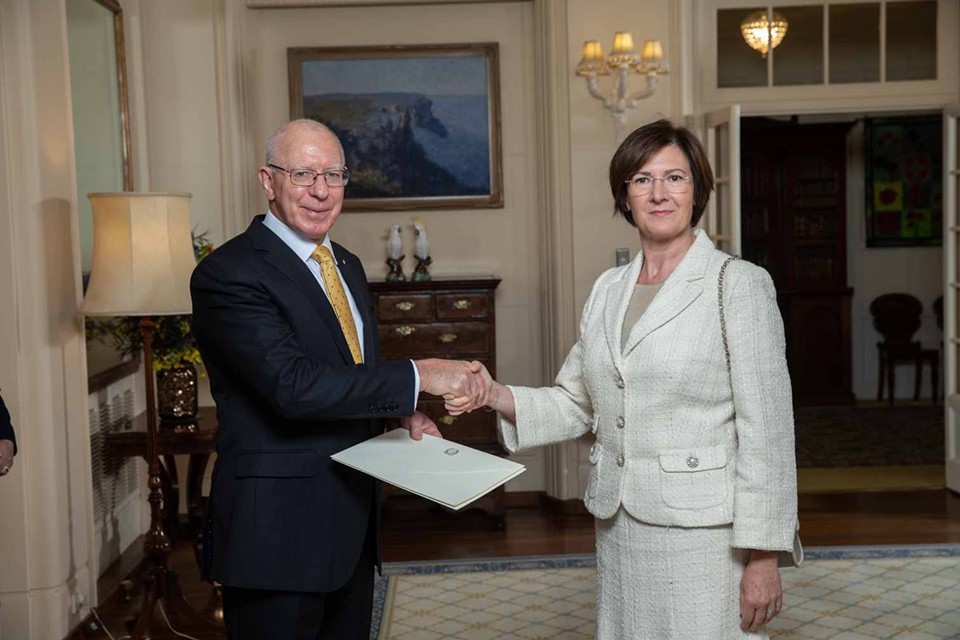 On Friday, September 20, our nation’s first female Italian Ambassador presented her Letters of Credence to the Governor-General of Australia, His Excellency General The Hon. David Hurley.

From that moment, she began her work in Canberra.

“I was lucky,” Tardioli said in an interview with Il Globo while visiting Sydney to participate in celebrations for the 100th anniversary of the Italian Government Tourist Board (ENIT).

The diplomat jumped at the chance to work with the Italian community in Australia.

Having already been to Adelaide (and now Sydney), she assured us that she’ll travel to all the other states and territories within the first two months of her mandate, and visit the cities that are home to Italian Consulates and other institutions.

When it comes to priorities and particular themes of focus according to government regulations, the ambassador explained that there are general guidelines and objectives to meet during her mandate, which cover all areas of bilateral relations and some areas of multilateral relations.

Without going into too much detail, Tardioli said her work in Canberra will involve “further consolidation and strengthening of relations between Italy and Australia in every sector”.

“[Beginning with] politics, commerce, industry, research and development, innovation and tourism,” she added.

“Collaboration already exists in these fields, but there are also enormous opportunities from which both countries can benefit.”

One of Tardioli’s priorities is commerce, in particular the backing of Italian businesses operating in Australia and research on new spaces for other businesses who’d be interested in exploring this market and potentially use Australia as a gateway to Southeast Asia.

Further to this, the ambassador wanted to emphasise the “importance of carrying forward collaboration in the scientific field, particularly research and innovation, because we already know that there’s a mutual interest to do so”.

“There are many examples, but the first that comes to mind is the space sector in which the new – but already giant – Australian Space Agency will sign a memorandum of understanding with the Italian Space Agency in December.

“The agency has already signed a memorandum of understanding with the European Space Agency, but now it will sign one specifically with Italy.

“Moving forward, we need to reinforce collaborations in sectors such as space, research and technology, where Italy has niche skills which are recognised and appreciated by Australia.”

According to Tardioli, Australia is perfectly aware of what Italy is like today: a modern country and a world leader in every sector.

She believes we’ve moved beyond old stereotypes: “The speakers at my Letters of Credence ceremony outlined that the Italian community has played an important role in shaping modern Australia.”

Tardioli did admit that just a few decades ago, Italy was more known overseas for traditional sectors, such as food, agriculture and fashion.

However, she declared that now, especially in Australia, “Italy is known as having potential in more than just these sectors which originally caught the rest of the world’s attention”.

“We’ve mentioned agriculture and food, but culture mustn’t be undervalued,” she said.

“Italy is the country with the highest number of Australian tourists – I wouldn’t consider this a stereotype, nor a negative one.

“With this comes greater representation and knowledge of Italy’s potential in more innovative sectors.

“However, I repeat that here in Australia, the problem doesn’t exist at all; you just have to look at all the works and infrastructure being completed by big Italian companies like Ghella and Impregilo.

“There’s already a clear image of Italy as has having lots to offer even in technological sectors.

“As I mentioned at the start, there is still much potential to be further explored and developed.”

Speaking of commerce and investments, we asked Tardioli about relations between Italy and Australia and whether it was a two-way street or whether Italian bureaucracy slows things down for Australian initiatives in the Belpease.

Tardioli said she wasn’t aware of specific problems in this regard, adding that there are many Australian companies operating in Italy, particularly in the north.

The ambassador admitted that while there are sometimes “issues related to things such as authorisation and licensing, regulation is fairly standardised and universal, and also applies to Italian companies wanting to operate in Australia”.

Part of Tardioli’s job will also be to speculate on the work of her Australian counterpart, Greg French, in Rome.

“We often interact through a triangular dialogue with the Ministry of Foreign Affairs and other Italian ministries to try to make this exchange as positive as possible,” she said.

Speaking of positivity, many young Italians have had positive experiences in Australia.

Tardioli said that while there’s always the exception, most Italians who come to Australia are well informed about the country and factors such as employment and visas.

She spoke specifically about the recent presentation of a volume edited by Com.It.Es and members of the community in the Chamber of Deputies which tells the stories of many Italians who arrived in Australia on a working holiday visa and were met with an abundance of opportunities.

“Young Italians are informed about the opportunities Australia can offer them and they know what they’re doing when they choose to come here for a period of time,” she said.

“They use information provided online by Australian authorities and information on social media and less traditional platforms.”

To conclude, Tardioli was eager to address our community through the pages of Il Globo:

“I’m very happy and honoured to have been appointed this role by Italian authorities and to have been welcomed with open arms by Australian authorities. I commit to carrying on the partnership between the two countries. Italy and Australia are connected by their people and shared values in an ever-changing world. There’s great interest and commitment on my part to work in this direction, and I believe that the Italian community in this wonderful part of the world has and will continue to actively contribute to this. I greet all Italians living in Australia – those who have their Italian citizenship and those who don’t, but who have Italian origins and carry a little ‘Italianness’ in them (there are more than 1 million of you). These next four years of work will be wonderful.”

We wish our new ambassador all the best on behalf of the entire Italian community in Australia.

This story appeared in the Thursday October 3, 2019 edition of Il Globo. 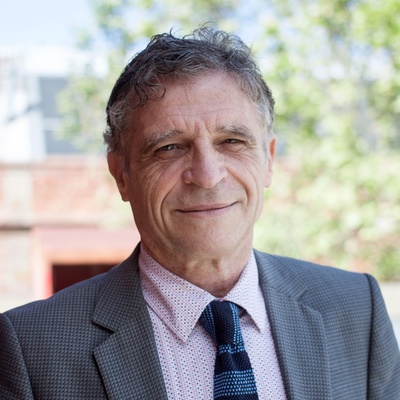 These next four years of work will be wonderful.

Moving forward, we need to reinforce collaborations in sectors such as space, research and technology, where Italy has niche skills which are recognised and appreciated by Australia.

Italy and Australia are connected by their people and shared values in an ever-changing world.