A commemorative ceremony was held in Genoa on August 14, 2019 in memory of the 43 victims of the Morandi Bridge collapse, which occurred exactly one year earlier. 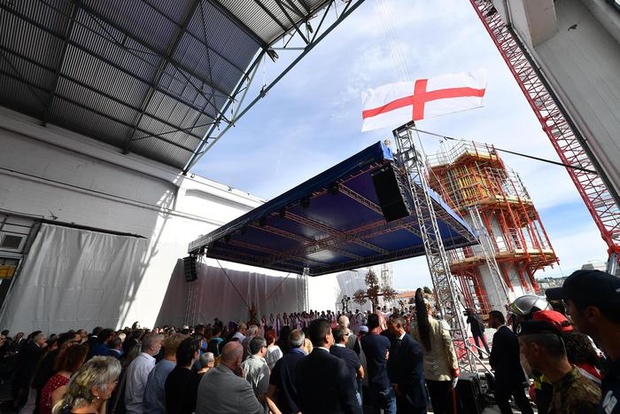 The commemorative ceremony for the Morandi disaster. (Photo: ANSA) 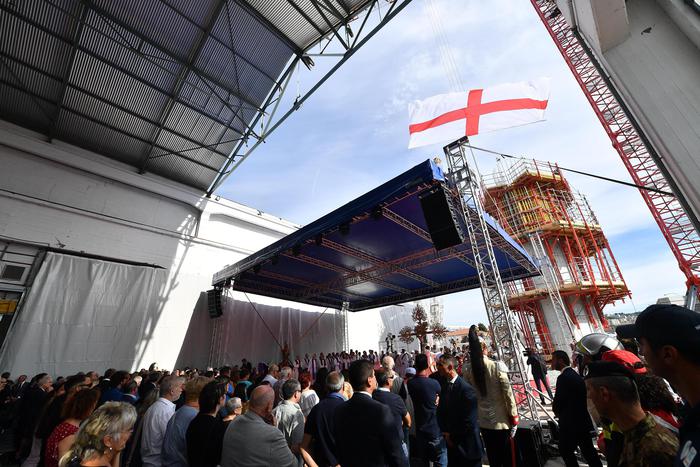 The commemorative ceremony for the Morandi disaster. (Photo: ANSA)

President Sergio Mattarella, Prime Minister Giuseppe Conte and Deputy Prime Ministers Luigi Di Maio and Matteo Salvini were among the officials present at the ceremony, which was held in a warehouse close to the construction site of the expected new bridge.

The ceremony started with the names of the 43 victims being read out before the archbishop of Genoa, Cardinal Angelo Bagnasco, presided over a mass in the area where the disaster occurred.

“They were sentenced to death," Egle Possetti, president of the committee of the families of the victims, said.

Genoa churches rang their bells and the ships in port sounded their sirens while the rest of the city observed a minute of silence at 11:36 am, the time when the bridge collapsed a year ago.

Mattarella embraced many of the relatives of the victims.

“Today Genoa is a symbol of the desire for rebirth,” Conte said.

“The new bridge should be ready by April of next year.

“I thank everyone for the work we have achieved together.”

Some of the victims’ families refused to attend the ceremony, describing it as a “parade for politicians”.

A delegation from highway company Autostrade per l’Italia and its parent group Atlantia were in attendance, but left the ceremony after relatives of the victims complained about their presence.

The highway company is accused of failing to carry out the checks and maintenance work that could have prevented the disaster.