Over 300 guests packed into the Italian Forum Cultural Centre in Leichhardt last month, for the annual CO.AS.IT. Italian Awards Night. 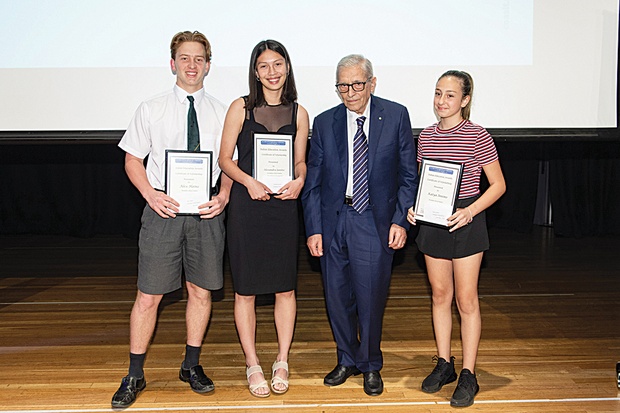 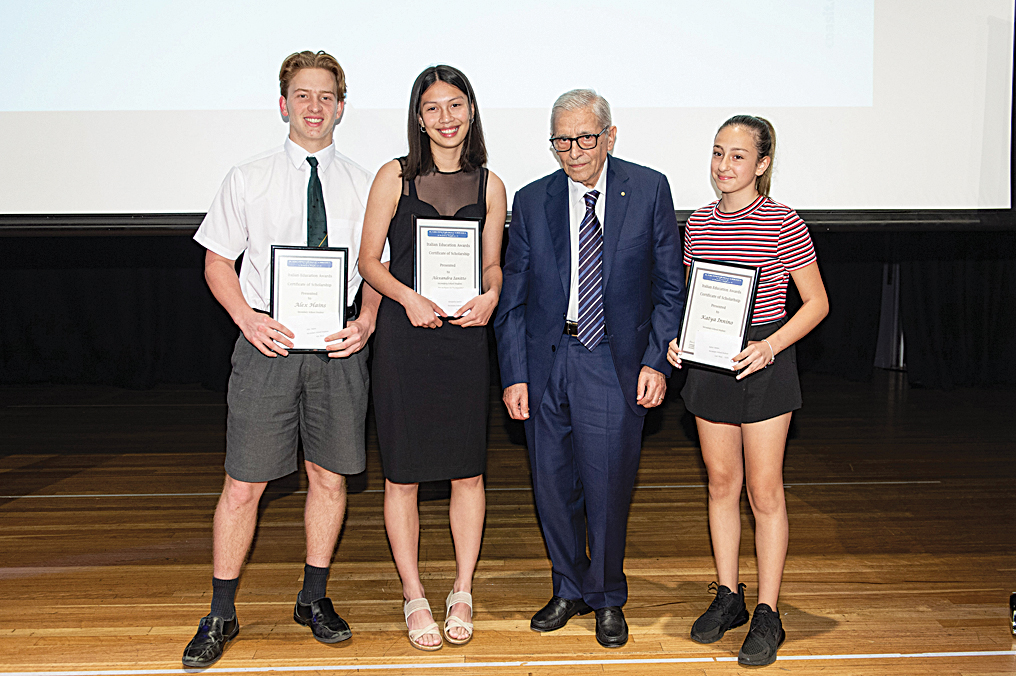 The event recognises the hard work of students who have excelled in the study of Italian language and culture throughout 2018/2019.

“Tonight we are all ambassadors of the Italian language.

“On behalf of CO.AS.IT., I thank the Italian government and the NSW government for providing funding to assist us in bringing the Italian language to thousands of students across NSW. ”

There were five award categories on the night: the CO.AS.IT. Italian Competition; the NSW Minister’s Awards for Excellence in Student Achievement; the Italian Bilingual School Year 6 Graduation; the CELI Certificates; and the HSC 2018 Excellence in Italian.

The Enrica Inglese Awards were also presented on the evening.

The awards ceremony commenced with the CO.AS.IT. Italian Competition Awards, whose theme was “Italian on the stage”, in line with the theme of this year’s Week of the Italian Language in the World. 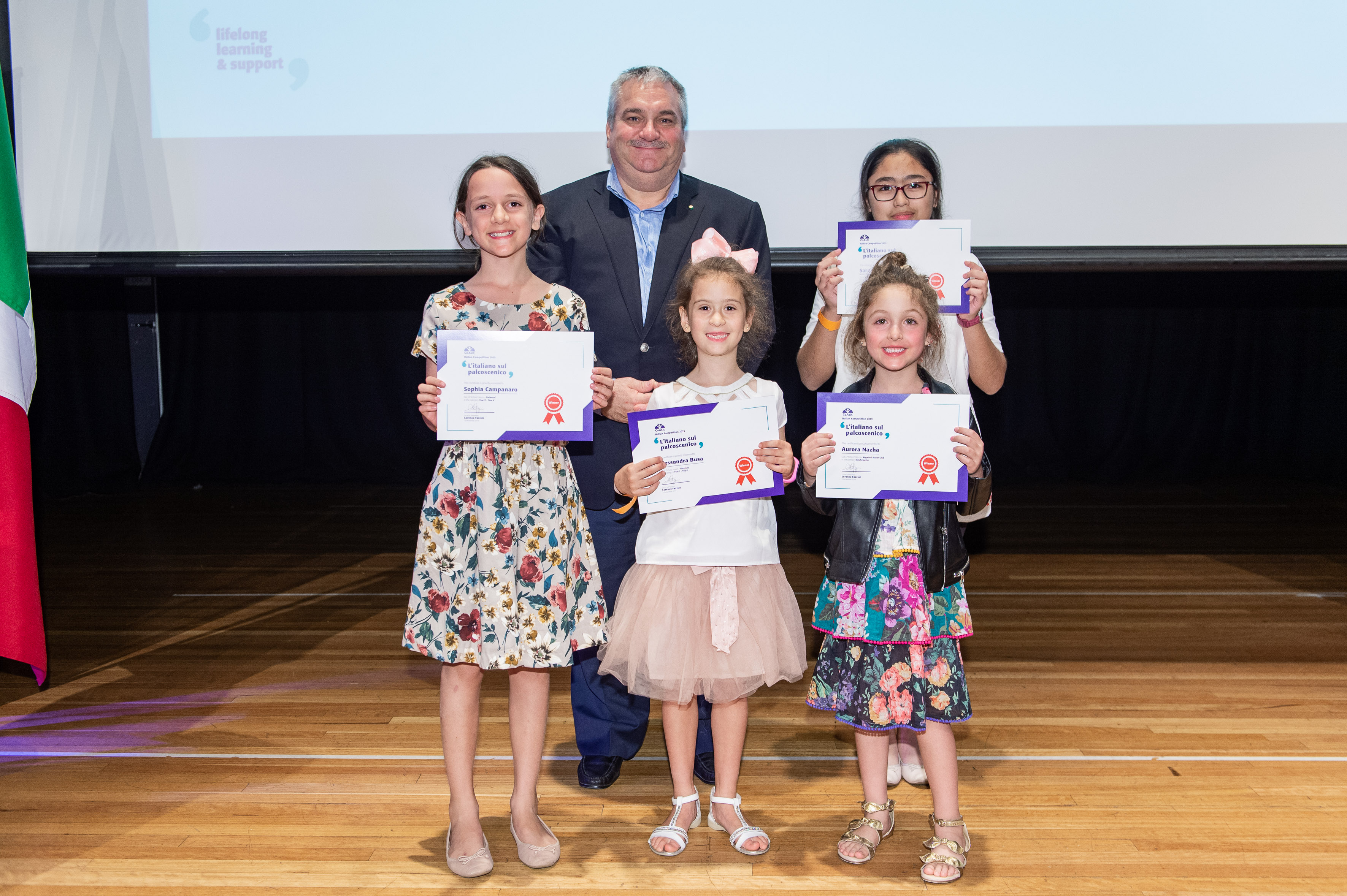 The competition was open to all students, and 37 certificates were presented by Fazzini.

“CO.AS.IT. is the leading provider of Italian in NSW and tonight is a night to reward the great achievement of our students and recognise the prodigious work of our teachers,” he said.

“Congratulations to all award recipients and their families.”

Next were the Minister’s Awards for Excellence in Student Achievement, which honour the achievements of outstanding students from Community Languages Schools.

Students who study a language in the Out-of-School Hours (OSH) program are eligible to be nominated for this award.

This year, 16 CO.AS.IT. OSH students were recognised for their efforts in studying Italian.

Luca Odello, who studies Italian at the CO.AS.IT. OSH centre in Castle Hill, received one of only 10 Minister’s Awards.

Next to take to the stage were the 15 students of the Year 6 graduating class of the Italian Bilingual School, who were presented a certificate of achievement for their hard work and dedication to the study of Italian. 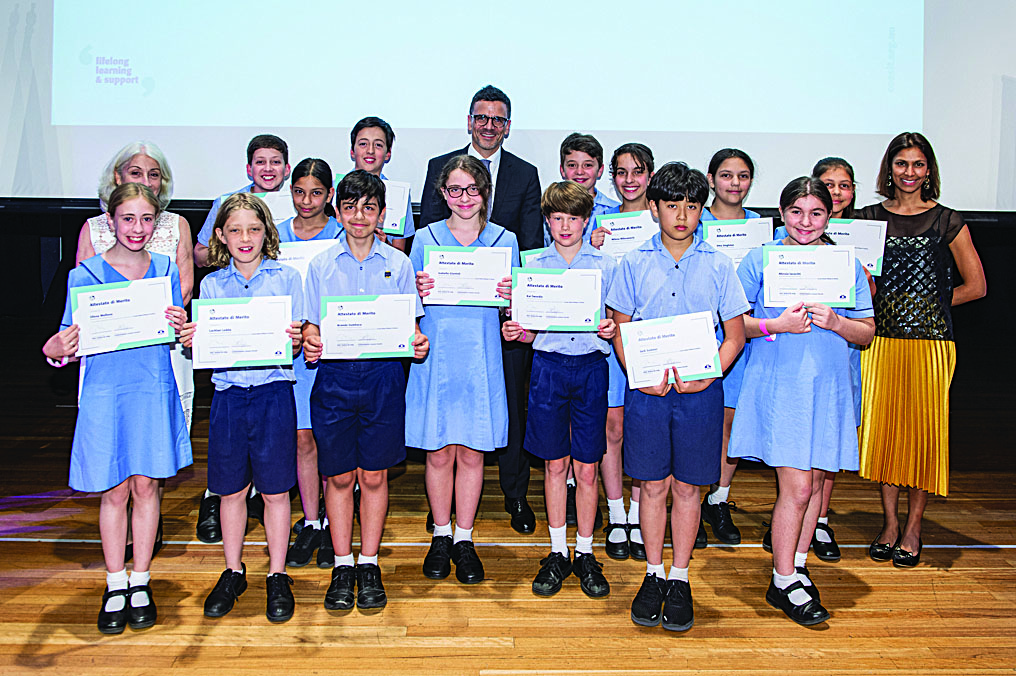 Tamponi then presented the international CELI certificates to the 12 school-aged students and to the adult students who were successful in the exam this year.

CELI certificates are issued by the University for Foreigners in Perugia after the successful completion of a language proficiency exam.

A CELI 3 certificate enables students to enrol in an Italian university, while a CELI 2 certificate is required to apply for Italian citizenship.

Tamponi also presented the 27th annual awards for Excellence in HSC to the top five students in 2018 HSC Italian in the three courses: Beginners, Continuers and Extension.

These awards acknowledge the achievements of students in their final year of study. 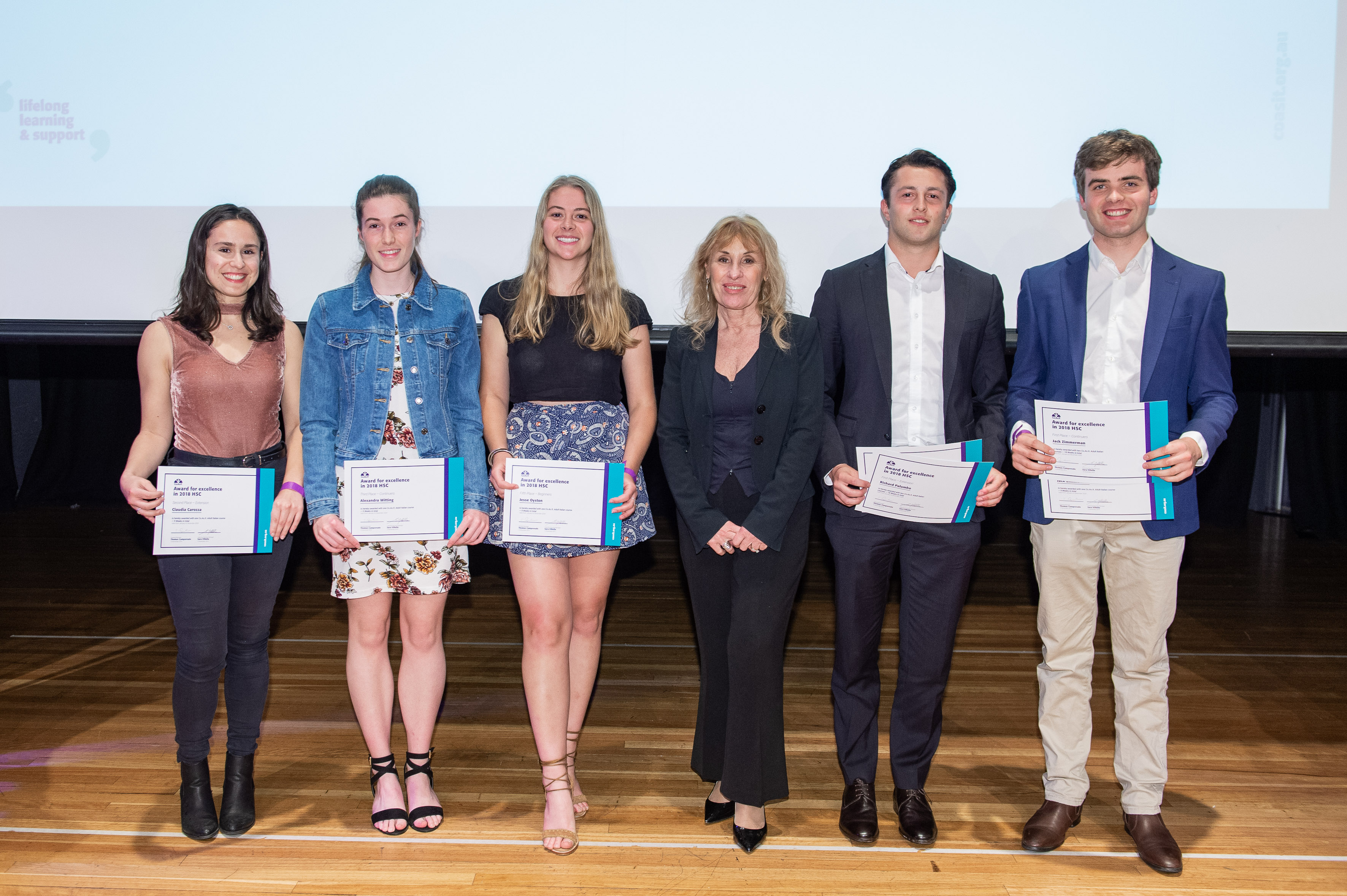 The last awards to be presented were the Enrica Inglese scholarships for students of Italian.

The scholarships are offered by Il Gruppo dell’amicizia in memoria di Enrica Inglese, and there are two categories for this national award: Primary and Secondary. 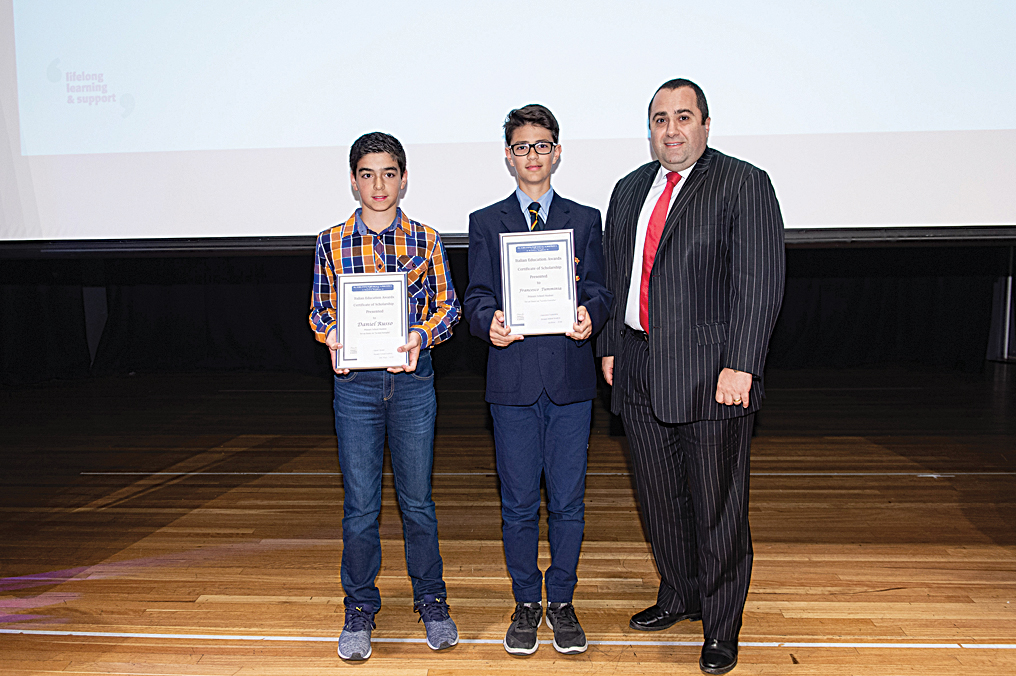 This year’s awards were introduced by the group’s vice president, Rita Maniaci, and presented by Stefano Laface and Armando Tornari.

“Enrica, who suddenly left us in 2017, was the wife of journalist and the founder of this group, Armando Tornari,” Maniaci said.

“Enrica was passionate about Italian culture and taught Italian on Saturday mornings at CO.AS.IT. for many years.

This story appeared in the Thursday November 28, 2019 edition of In classe.