In conversation with... Artistic director of Opera Australia, Lyndon Terracini

It’s 1976 and the small town of Montepulciano is preparing to stage the opera ‘Don Chisciotte’ by Giovanni Paisiello. 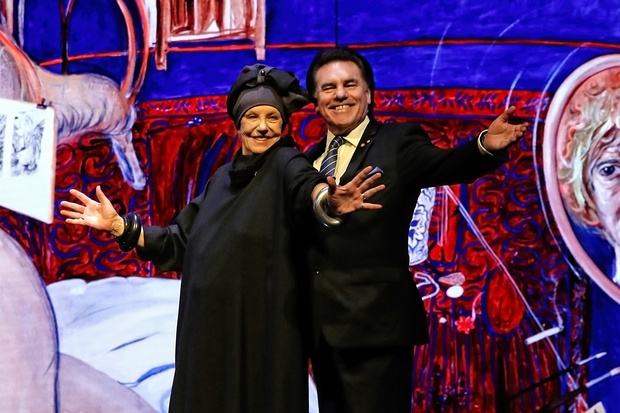 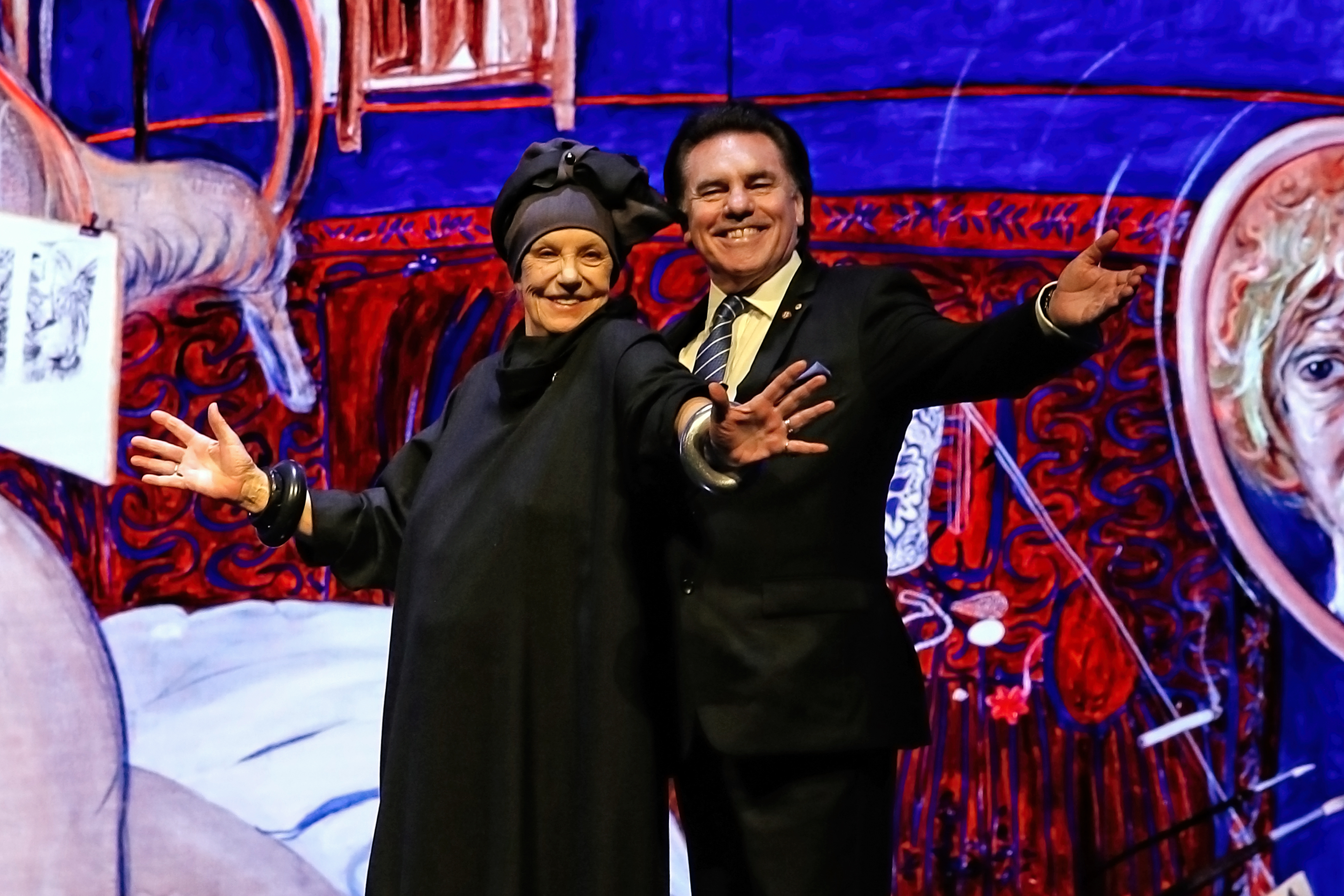 All of Montepulciano has taken part in the production.

The townswomen have sewn the costumes.

The carpenters have constructed the sets.

The children will sing in the opera.

The day of the performance arrives and the residents of Montepulciano gather in the main square.

The opera is about to commence.

The orchestra begins to play the overture.

The first characters enter the stage: the Countess, Carmosina and the Duchess.

And then it’s Sancho Panza’s turn to enter.

He’s played by a young Australian baritone by the name of Lyndon Terracini.

Today, 40 years later, Terracini is the artistic director of Opera Australia, one of the most important cultural institutions in the country.

Terracini was born into a family of Jewish Italians.

His maternal great-grandparents were also Italian, and left Italy after the Revolutions of 1848, migrating to Australia where they joined the Salvation Army.

Terracini’s grandparents and parents all went on to belong to the Salvation Army.

“Growing up in the Salvos was fantastic because I was continually in contact with music,” Terracini says.

“I could practise on every instrument: the piano, trombone and French horn.”

Terracini was just four years old when he began to sing in public.

His debut as a baritone came in 1974 at the Adelaide Festival.

Two years later, his performance in El Cimarrón – an opera by Hans Werner Henze, written for solo baritone and a small ensemble of woodwinds and percussion – earned him international fame.

In the same year, Henze invited Terracini to participate in the Festival of Montepulciano (of which Henze was the founder), where he performed the role of Sancho Panza.

After a brief stay in Australia, where he continued to perform as a baritone, Terracini returned to Italy and studied singing alongside the teno, Fernando Bandera.

He began to travel and performed in many of the major theatres across Europe and the US.

“I wanted to sing pieces that I liked,” Terracini says.

“I’m not as creative when I’m told what to sing for the next three years.

“This is only possible if you work as a freelance professional.”

Terracini’s roles have included Don Giovanni and Figaro in Mozart’s operas; Escamillo in Carmen and Marcello in La Bohème.

Terracini, who is particularly fond of contemporary opera, has also performed in the world-first staging of Mer de Glace by Richard Meale, which was inspired by the life of Mary Shelley, the author of Frankenstein.

For his last ever role, Terracini chose to perform in Sweeney Todd, the thriller musical by Stephen Sondheim.

After leaving the stage behind, Terracini settled with his family in Lismore, on the east coast of NSW.

His desire to have creative control over his work led him to found Northern Rivers Performing Arts (NORPA), a project which incorporates theatre, dance and music.

Besides founding the initiative, Terracini also organised the events, taking on both production management and fundraising.

Following this, he was artistic director of both the Queensland Music Festival and the Brisbane Festival, the latter of which he was also CEO. 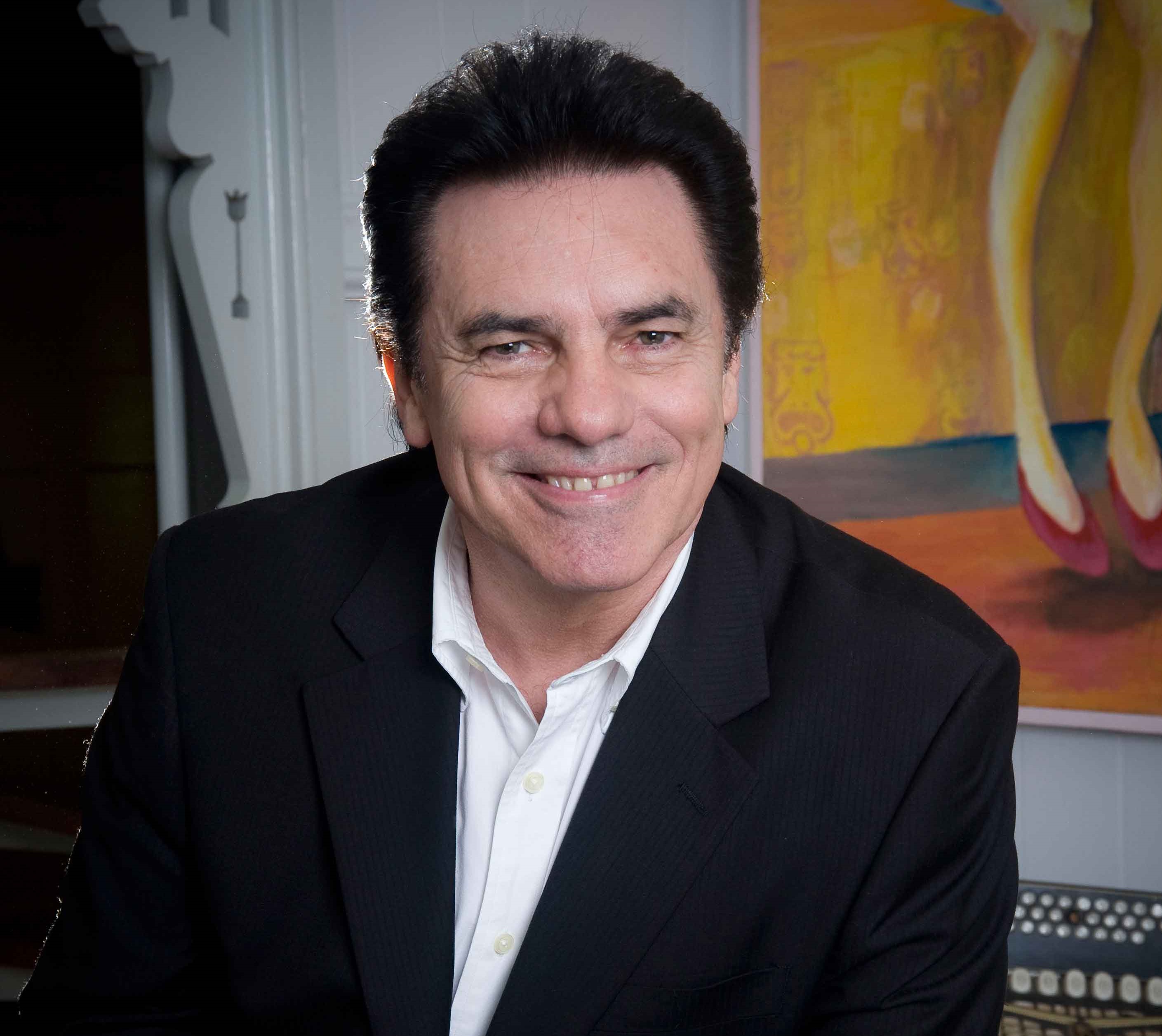 Terracini’s moment to shine at Opera Australia came in 2009.

“One day I received a slightly odd phone call from a ... headhunter,” he recalls.

“He asked me who could take on the role of Opera Australia’s artistic director.

“He listened and asked me to repeat some of the names. And then he said: ‘What about you?’”

Terracini smiles as he remembers: “This was how my adventure began!”

The year 2009 was a difficult one for Opera Australia.

The opera company was in complete chaos.

Its artistic choices were a source of frustration for both artists and financiers.

The organisation was in the midst of a disastrous situation... but Terracini wasn’t deterred.

“I believe that everything I had achieved in my life previously was training for this job,” Terracini muses.

A few weeks after assuming the role of artistic director, Terracini gave a controversial speech as part of the annual Peggy Glanville-Hicks Address.

In the speech, he didn’t hesitate to point the finger at those responsible for the company’s disarray.

“Our artistic organisations are at risk of creating an elite community that does not represent contemporary Australia.”

All of this was said in the midst of a disastrous financial situation, with Opera Australia on the brink of bankruptcy.

A lot has changed since then.

Today, Opera Australia is the only theatre company in the world which funds up to 50 per cent of its own budget through ticket sales.

Only 20 per cent of its budget is provided by the government.

In many other countries, the government funds up to 90 per cent of the budget.

“When I started, Opera Australia had a budget of $50 million,” Terracini says.

The recipe for success?

“We have diversified our product,” Terracini explains.

“Certainly, we still perform at the Sydney Opera House and the Arts Centre Melbourne.

“But we can be found all over.

“Our shows are staged on the beaches of Coolangatta, on Sydney Harbour and in schools across NSW and Victoria.

“We’re the biggest employer in the Australian Arts sector.

“We work more than any other theatre company in the world, because we don’t go on holidays during summer.

“We’re closed only two days of the year!”

This heartfelt commitment was born from the idea that an organisation such as Opera Australia must address society as a whole.

“In our audience, on our stages and in our orchestra, we want to see the faces of new Australians,” Terracini explains.

“But we also want to see the faces of Aboriginal Australians and immigrants.”

To this end, Terracini was inspired by the AFL, an organisation that has proved it can attract supporters from any social and ethnic group.

“Opera needs to connect with its audience and to learn how to do it, it turned to the AFL,” Terracini says.

The idea is not a new one.

But the execution is impeccable.

Handa stages operas that the public know and love, such as La Traviata, Aida and La Bohème, but also musicals such as Evita and West Side Story.

The orchestra is hidden below the stage, which floats on the water, while the music emerges from hundreds of loudspeakers.

The stage is set against the backdrop of the Opera House, the Harbour Bridge and the city skyscrapers.

“It’s an event where each attendee can decide exactly what they want to do,” Terracini says.

“You can have dinner or a glass of wine, go alone or in company.

“It’s a unique experience, which is particularly popular among young people.”

And where today’s youth are involved, there’s technology.

Opera Australia recently put on a digital production of Aida.

“No other opera company uses technology as much as we do,” Terracini says.

“The use of digital technology allows us to create sets without having to construct them physically.

“This means that we don’t need workers to change the backgrounds.

“The computer does it all.

“It’s a very big saving; a saving that will make opera more accessible.”

This notion is confirmed by Terracini when he speaks of the opera that he would write if he had the chance.

“I would write an opera on the life of those who come from other countries and are unemployed – an opera that follows the life of a family of immigrants,” Terracini says.

“It’s a very important theme and it will still be important in the future.

“Millions of people leave their country of origin and migrate to other countries just to survive.

“It’s difficult for everyone, and also for the country that receives them, where there are already people without work who need help.

“It’s a painful situation but we must have the courage to speak about it.

“This is the opera I would write.”

This story appeared in the Thursday February 28, 2019 edition of Il Globo. 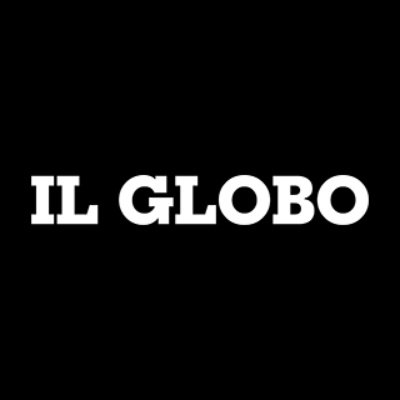 Edoardo Zamuner is a journalist at Il Globo and La Fiamma, specialising in international news.

I believe that everything I had achieved in my life previously was training for this job.

Our shows are staged on the beaches of Coolangatta, on Sydney Harbour and in schools across NSW and Victoria.

In our audience, on our stages and in our orchestra, we want to see the faces of new Australians.