Situated on the banks of the Goulburn River just outside of Shepparton, Murchison boasts all the charm and character typical of a small rural town. 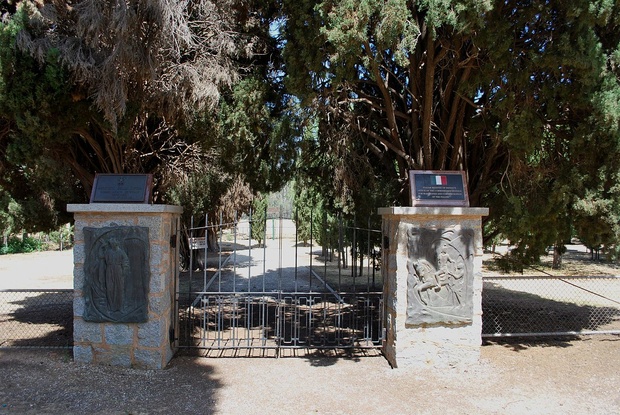 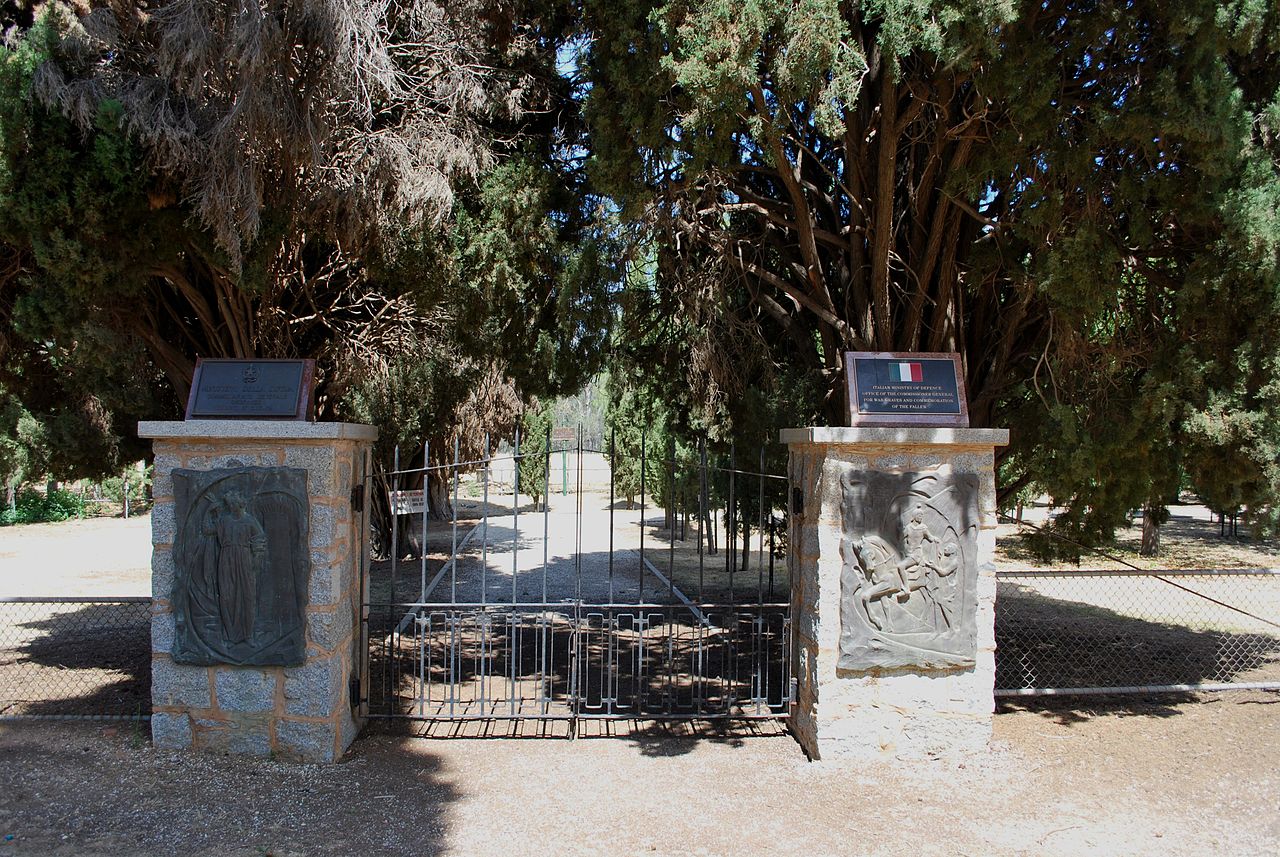 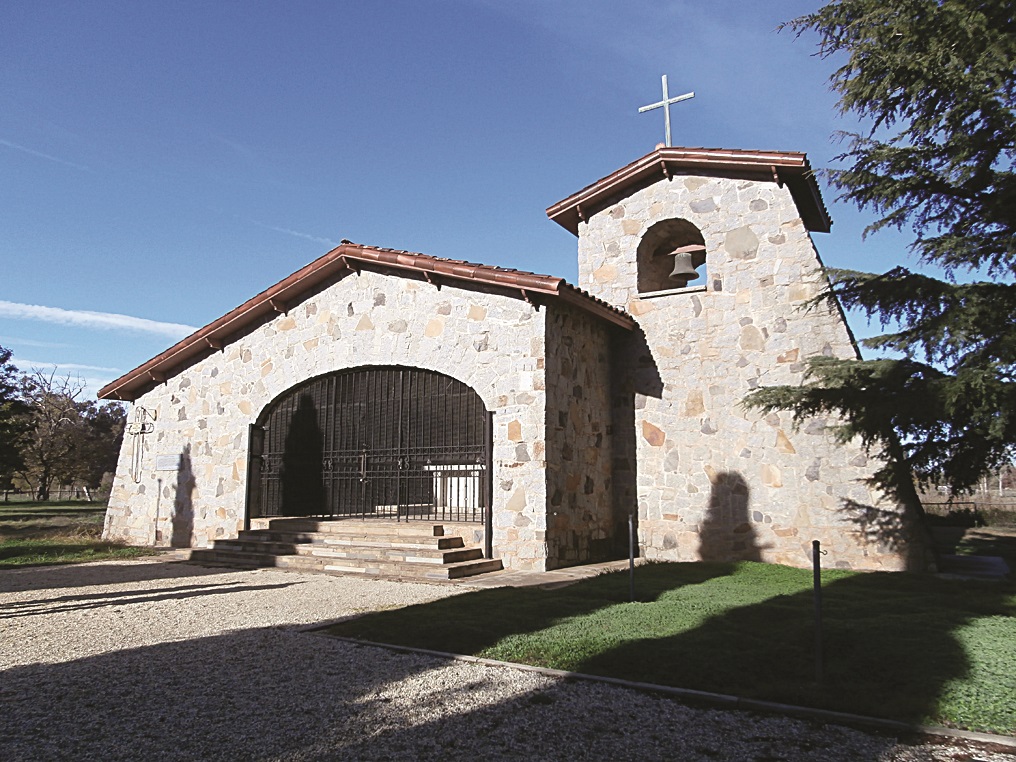 Many tourists and visitors pass through the sleepy town, stopping just long enough to soak up a little bit of country living.

But few will stumble across one of Murchison’s most significant landmarks, and even fewer will realise its role in the history of the Italian community in Australia.

At the Murchison General Cemetery, rows of Mediterranean cypresses lead the way to the Italian Ossario, which is veiled by the blanket of towering trees.

Though hidden from general view, this site should be known to all.

The Ossario is the final resting place of 130 Italians who died in various internment camps across Australia during World War II.

The building hosts a burial chamber, where the remains of these Italians, some military POWs and other civilian internees, now rest.

Between 1940 and 1946, internment camps sprung up all over Australia for the purposes of detaining military POWs and “alien enemies”, or those considered a threat to the safety of the nation due to their association with the enemy.

Seven camps were established in what social historian, Mia Spizzica describes as the World War II Internment Camp Triangle, defined by the towns of Murchison, Tatura and Rushworth in Northern Victoria.

Camp 13 at Murchison held around 4000 internees, predominantly of Italian and German origins.

Almost 100 Italian military men from the navy, air force and army died whilst detained at Murchison, along with over 36 civilians.

In her article entitled Lest we forget: the Murchison Ossario, a sacred Italian war grave and shrine, published in the Italian Historical Society Journal, Mia explains that the civilians who died at Murchison consisted of freshly arrived immigrants, commercial seamen captured in British controlled territories such as Palestine and Singapore, and naturalised British subjects who had called Australia home for many years before the war broke out.

When the war was officially declared over in 1945, Australian authorities saw that the remains of those who had met their fate in internment camps were exhumed and reburied in civil cemeteries.

Mia’s thorough research into the stories of Italians who died in internment camps has provided evidence of cases in which families requested the repatriation of their loved ones’ remains, but were refused by Australian authorities on the basis of health concerns.

It was an Italian by the name of Luigi Gigliotti who envisioned a memorial site for those POWs and civilian internees who never returned home, and a definitive place for them to rest in peace together.

Gigliotti managed to get Italian families residing in the area on board and raised 25,000 pounds to fund the construction of the Ossario.

The evidently Italian building was designed in 1957 by Paolo Caccia Dominioni di Sillavengo, a distinguished Milanese soldier, writer and engineer who also designed the El Alamein Italian mausoleum in Egypt.

The Ossario’s construction began in 1958, and the mausoleum was officially consecrated three years later in 1961.

In 1968, the Ossario was accompanied by the Italian Prisoners of War Memorial, which was built by POWs during their detainment at the Rushworth internment camp not far down the road.

Since its completion, the Ossario has become a special place for those whose loved ones and compatriots lie within its walls.

“The Ossario is a tangible object that links this nation’s past to the present; it is a focal point that bears witness to events that reshaped the lives of Italians who were interned as enemies in this country more than 70 years ago,” Mia writes.

On the second Sunday of every November, an annual pilgrimage takes place at the site, as has been tradition since around the time of its consecration.

A military service is followed by a Remembrance Day Mass sung in Italian, as students from local schools lay a wreath in honour of the 130 individuals who rest side by side in the mausoleum.

Mia explains that while no current Italian residents at Murchison have a strong connection to the Ossario, families still travel from all over Australia for the annual commemoration of their loved ones who never made it out of the camps.

Many first generation Italians also make the annual trip to the Ossario to pay tribute to their compatriots.

The official service will be followed by a traditional picnic and music in the nearby Murchison Gardens.

As the regular pilgrims grow older and the busloads of visitors dwindle in size each year, Mia hopes that this annual tradition lives on well into the future, and that the Ossario is remembered as a sacred site which marks the final resting place of those Italians who never stepped outside the gates of the internment camps.

“Whether rich or poor, each of the 129 men and one woman rest in eternal peace together as Italians.”

Mia Spizzica is currently writing a book on the Ossario and its dead, and welcomes readers with any personal link to the Ossario, to contact her should they wish to be included in the research and the book. Mia can be contacted via email at mia.spizzica@monash.edu or telephone on (03) 9903 2830.

Whether rich or poor, each of the 129 men and one woman rest in eternal peace together as Italians.

The Ossario is a tangible object that links this nation’s past to the present; it is a focal point that bears witness to events that reshaped the lives of Italians who were interned as enemies in this country more than 70 years ago.