Rome prosecutors have opened an investigation into the incitement to commit race-hate crimes, after protests in recent days escalated against a Roma family who were assigned a council flat in the Casal Bruciato district of the city. 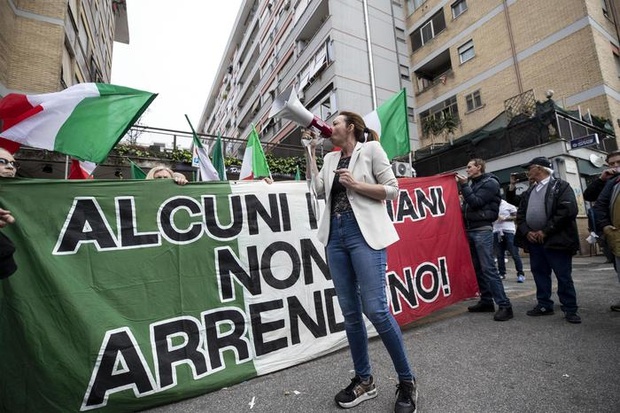 “Some Italians do not give up”... a slogan of the far-right CasaPound group. (Photo: ANSA) 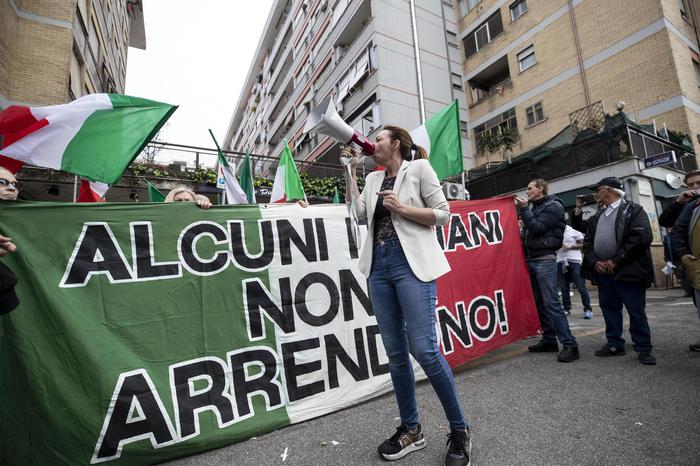 “Some Italians do not give up”... a slogan of the far-right CasaPound group. (Photo: ANSA)

The family were subject to threats and intense intimidation during protests by local people and militants from radical right-wing CasaPound group.

A woman attempting to reach the door of her flat was told she should be “raped” and all Roma should be “hanged”.

Rome Mayor Virginia Raggi had to be escorted away by police and was the target of a flurry of sexist insults after visiting the flat to show support.

Pope Francis, meanwhile, met the family at the centre of the row on Thursday.

Several people have been reported to prosecutors in relation to verbal abuse and threats the family were subject to.

Deputy prosecutor Francesco Caporale and deputy Eugenio Albamonte formally opened a proceeding for the crime of propaganda and incitement to racial hatred, as sanctioned by article 604 bis of the penal code.

The protests come just a few weeks after riots outside a government shelter in the Roman suburb of Torre Maura, when 41 people were denounced for fascist sympathising and incitement to racial hatred.