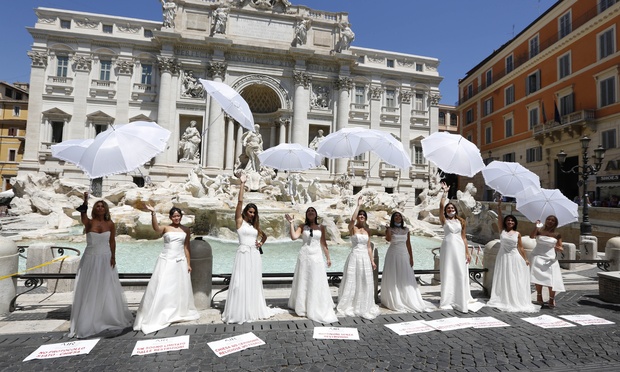 Women whose wedding ceremony was delayed or cancelled due to restrictions caused by the coronavirus pandemic stage a protest at the Trevi Fountain in Rome on July 7, 2020. (Photo: AAP) 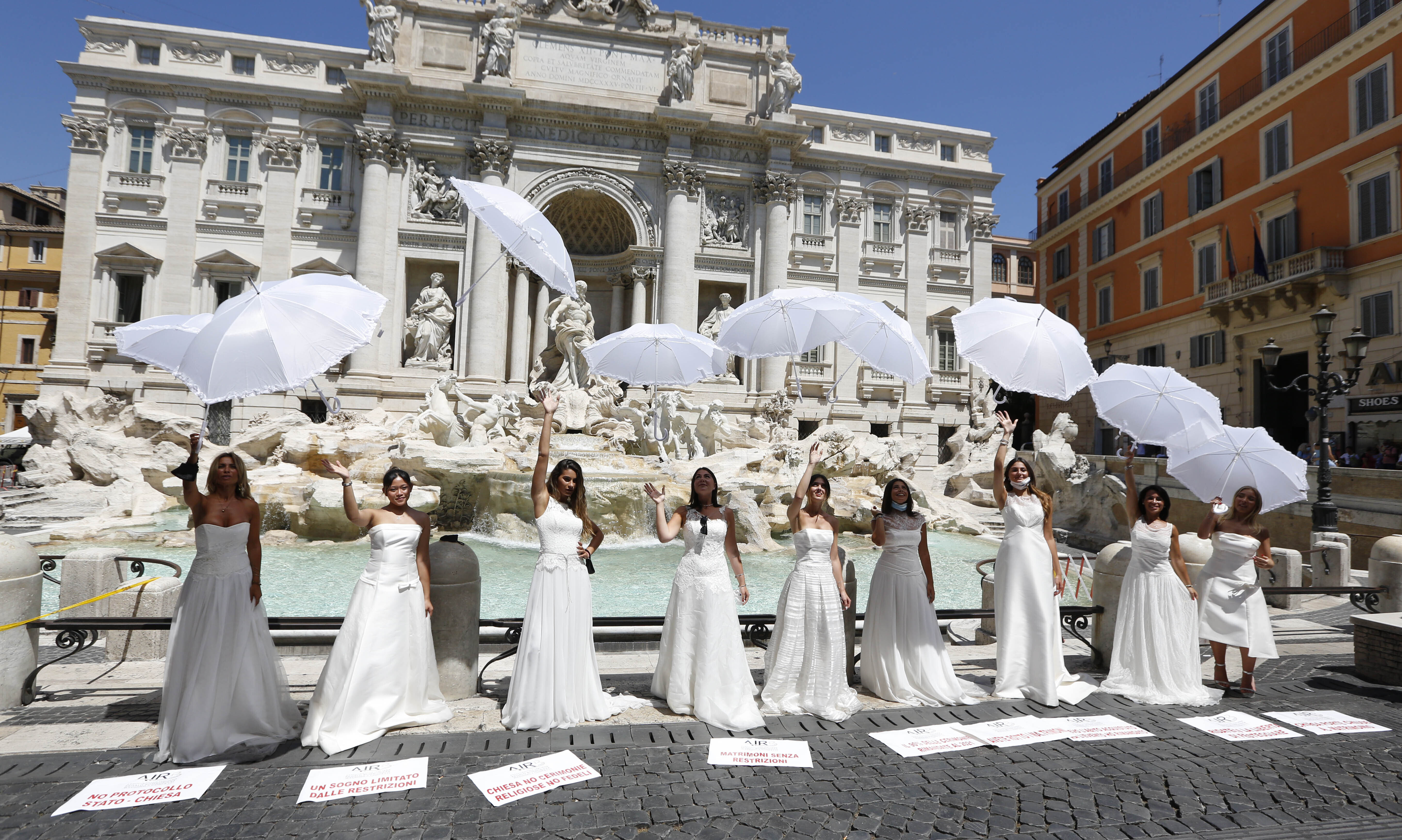 Women whose wedding ceremony was delayed or cancelled due to restrictions caused by the coronavirus pandemic stage a protest at the Trevi Fountain in Rome on July 7, 2020. (Photo: AAP)

Wearing white dresses and holding parasols, around 15 women gathered in front of Rome’s iconic Trevi Fountain before moving on to Piazza di Monte Citorio and Piazza di Spagna to draw attention to the restrictive rules imposed by Prime Minister Giuseppe Conte and the Italian Episcopal Conference (CEI) on all religious ceremonies.

They were joined by industry businesses affected by restrictions, such as caterers, venue owners and musicians.

The protest was organised by the Italian Wedding Association (AIRB) and the main slogan was “Give us back the freedom to celebrate”.

The association is asking the Italian government for support as many wedding ceremonies and parties have been suspended due to the pandemic and the strict rules introduced as a result.

All non-essential business and activities – including marriage ceremonies – had been banned in Italy for around two months as the country imposed a nationwide lockdown in a bid to slow the spread of coronavirus.

Officials at Rome’s City Hall made an exception, however, for anyone who had booked a civil wedding ceremony – not held in a Church – before the lockdown began.

They did, however, limit the number of guests to just two.

Although religious ceremonies have since been given the green light to resume, there are strict rules which make weddings a little less magical, causing many to postpone their vows.

The government has banned a bride being accompanied to the altar, as well as the ritual of throwing rice to celebrate the bride and groom after marriage.

There must now be fewer guests, no buffets and attendees must wear face masks.

Sanitising gels must also be placed at church entrances, and at the end of every mass the entire church is sanitised.

According to AIRB, around 90 per cent of the ceremonies have been postponed until 2021.

“Our sector has suffered a tremendous decline,” the association’s president, Luciano Paulillo, said.

“We ask the government for help.

“Around 500,000 workers are employed in the sector and now they all risk unemployment.”