The beginning of the Melbourne summer has been marked by the return of an iconic Italian establishment on Lygon Street: King & Godfree. 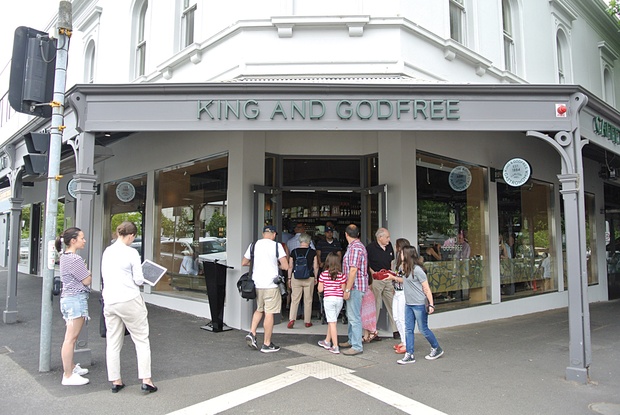 The iconic store has had a complete makeover, but still maintains its traditional charm 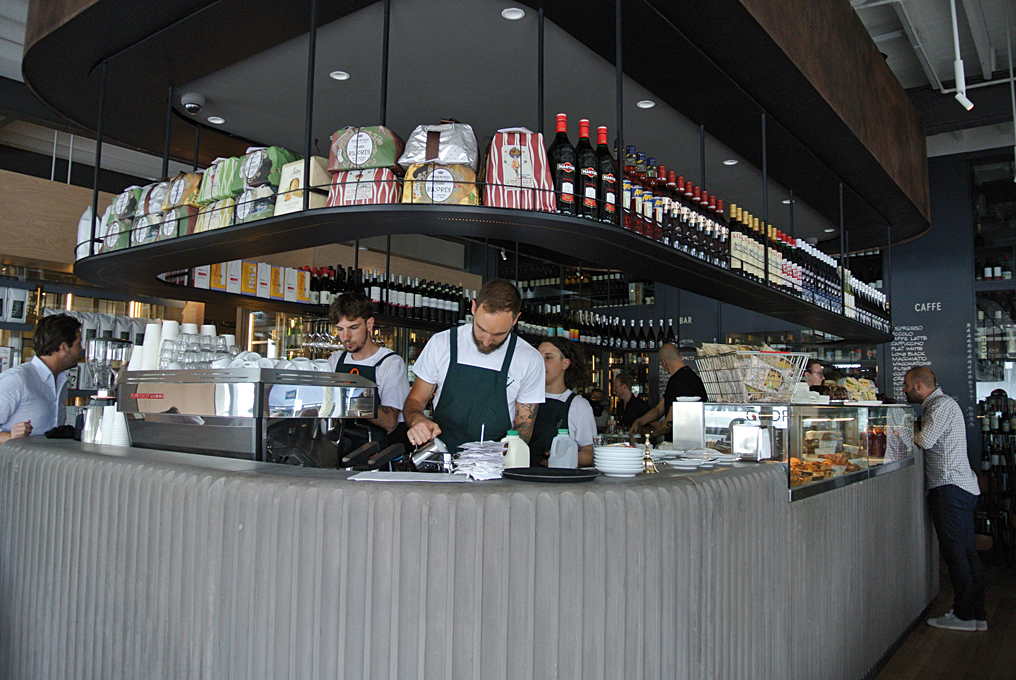 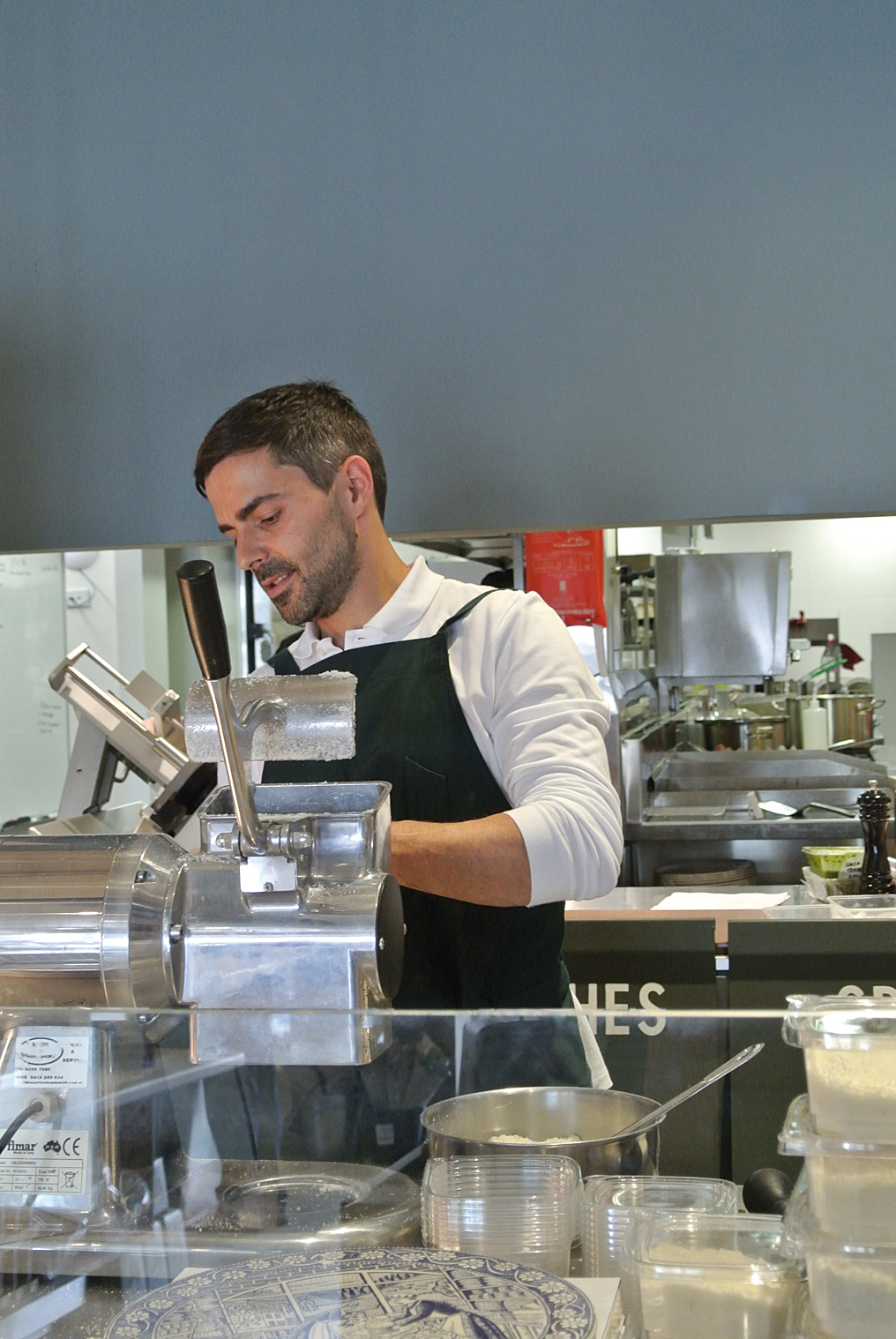 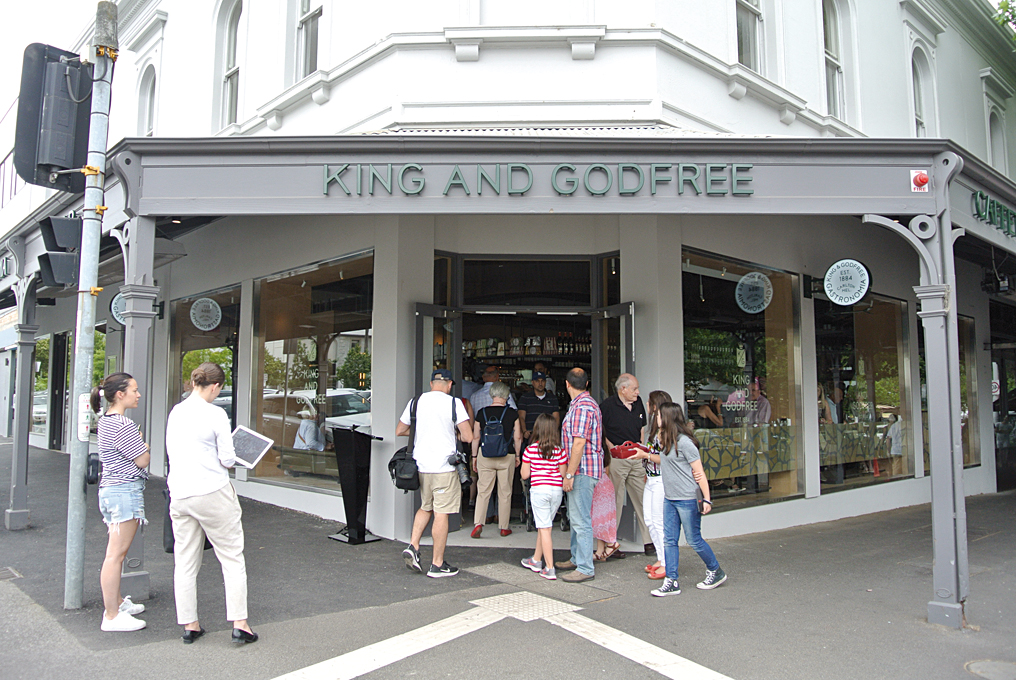 The iconic store has had a complete makeover, but still maintains its traditional charm

The emblematic grocery store first opened its doors in 1884.

In 1955, when the Valmorbida family took over the business, King & Godfree became the go-to place for high-quality Italian products.

A true pioneer in every sense of the word, Carlo Valmorbida soon demonstrated his ability to make Italian goods accessible and popular to not only Italians, but also the wider community of Melbourne.

At King & Godfree, you could find every ingredient possibly needed to cook traditional Italian dishes.

Parmesan - unknown in Australia up until that point - olive oil, and every pasta shape imaginable were just some of the many products imported and sold in the store, and which soon became an integral part of Melburnians’ diets.

More than 60 years later, history has repeated itself with the reopening of King & Godfree.

While the store has a new face, its heart and soul remain the same in the hands of the Valmorbida family.

Cousins Jamie Valmorbida and Luca Sbardella, members of the third generation of the family, have taken over the business and added a contemporary touch while still honouring the iconic store’s history and cultural heritage.

“Inspired by our heritage we’re continuing our nonno’s legacy by transforming one of Australia’s oldest grocery stores where locals can experience the best of Italian food, wine and culture, from catching up for coffee, a cocktail or a meal, to shopping for delicious deli items and wine,” Jamie said.

Customers can enjoy a range of options, from breakfast to lunch, coffee, aperitifs or the most sought-after cocktails.

And, of course, they can take home fabulous products from the deli and wine cellar.

The historic store has become K&G Gastronomia Deli, where tradition and innovation collide.

The deli is open daily offering a vast spread of typical Italian products.

Meanwhile, the Espresso Bar is open from 7:00 am until late.

You can begin the day with a good cup of coffee and a sweet or savoury treat straight from the oven as if you were in Italy, or you can try one of the more “Australian” breakfast options.

When lunchtime rolls around, the Espresso Bar offers fresh salads, panini and plates of pasta, while late afternoons are welcomed with cocktails.

Agostino & Cellar Bar also celebrates authentic Italian products and resembles classic enotecas across the Belpaese, seating up to 50 people and housing local and international wines which you can enjoy there or take home.

A glass of wine is all the more enjoyable with a plate of scrumptious food, and great attention has been paid to the wine bar’s menu, which showcases the traditional cuisine of northern Italy, from where almost a hundred years ago, Jamie and Luca’s great-grandfather, Fulvio Valmorbida, migrated.

Then there’s Johnny’s, inspired by the original Johnny’s Green Room, which was a popular part of Carlton’s vibrant nightlife during the ’60s, ’70s and ’80s.

The new rooftop version offers unmatched 360˚ views of the city and holds up to 200 people.

The space has all the premises to make Johnny’s, and the entire “food precint”, one of Melbourne’s most exclusive venues this summer.

This story appeared in the Thursday December 13, 2018 edition of Il Globo.

Inspired by our heritage we’re continuing our nonno’s legacy by transforming one of Australia’s oldest grocery stores where locals can experience the best of Italian food, wine and culture.