Having left North Vietnam, Italian traveller Giorgio Vanni headed towards Hoi An: an architectural gem whose colonial buildings along the river reflect its centuries-old merchant history. 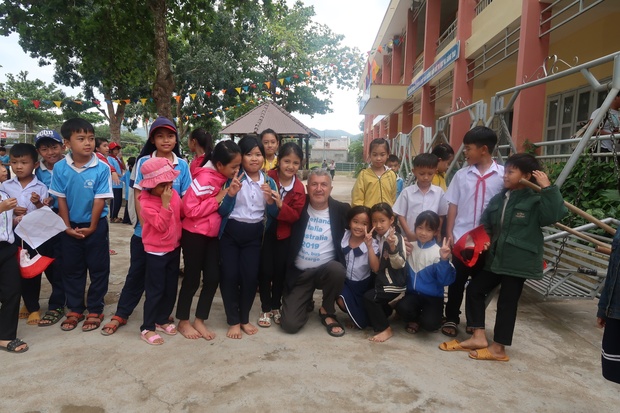 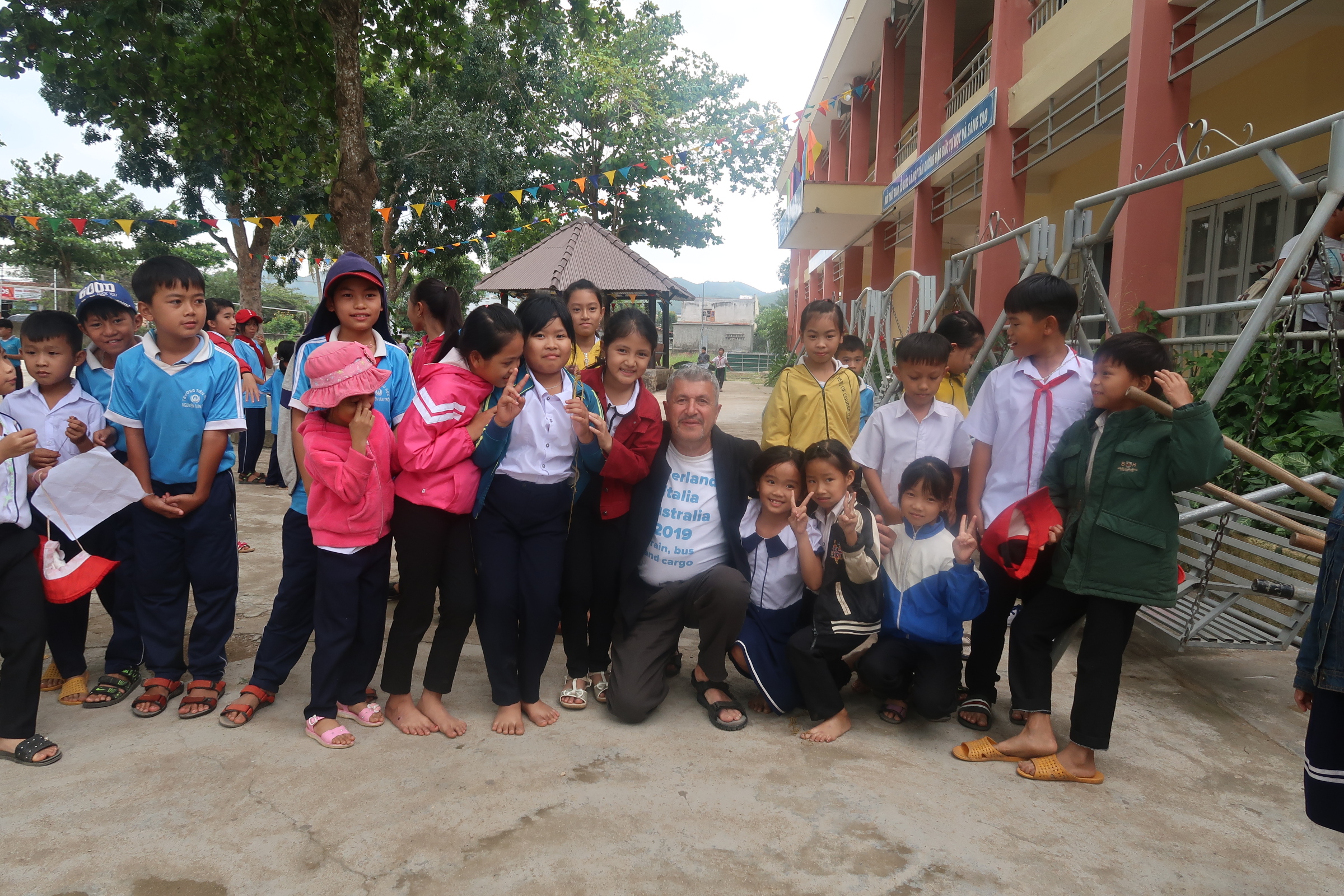 It’s all part of Vanni’s plane-free trip from his hometown of Varese, in Italy, to Perth, where his daughter Gabriella lives.

Gabriella and her husband Peter joined Vanni in North Vietnam for this leg of the journey.

Due to bad weather and possible train delays, the trio decided to leave early and take the sleeper train to Nha Trang, where they ran into many other tourists.

“We had dinner at an Italian restaurant for Peter and Gabriella’s anniversary.

“Salvatore, who owns the restaurant with his Korean wife, told us about the challenges of working in the hospitality industry.

“The restaurant is his passion and he works as an engineer building ships.”

The travellers then eagerly headed to Buôn Ma Thuột, the capital of the Central Highlands, to visit the girl who Vanni sponsors with the international NGO ActionAid.

The Central Highlands is a remote area on the Cambodian border which is home to the indigenous Montagnard peoples.

The Montagnards have always had conflict with the Viet people (the largest ethnic group in Vietnam) and fought alongside American and French troops during the wars.

Vanni and his companions travelled four hours uphill in rain and fog – a journey worth it in the end.

The city was peaceful, with not a tourist in site, and the trio enjoyed the fresh air and good coffee.

“On the day of our visit, we travelled in a Jeep to reach the communities where ActionAid Vietnam works and, along the way, they explained how my sponsorship helps the entire community and not just one child.

Once they’d arrived at the headquarters, they were welcomed by the organisation’s president, who explained that around 25 ethnic minorities live in the district.

The organisation’s projects address the issues of lack of education, poverty and climate change.

“We visited the primary school, which has over 500 students, and learnt that once children turn 12, parents have to pay school fees of around $25 a year, meaning many students are forced to drop out,” Vanni said.

“This injustice made us furious.”

The trio visited the school’s library and the class of Vanni’s sponsor child, Pham.

The class has 28 children, of which five come from ethnic minorities.

The children were well-prepared and looked after and welcomed their visitors with songs and poems.

Vanni then handed out some gifts to the children, including something extra for Pham.

They then said an emotional farewell and went to see two rural projects funded by ActionAid.

The first was the Cow Bank, where a family is given a cow and, when it gives birth, the family keeps the calf and passes on the cow to another family in the community.

The other project involves organic food: a farmer is given the means to build a greenhouse to grow organic products which they can sell at a higher price.

Having left the province of Đắk Lắk, the trio travelled to Saigon and checked in at a backpackers’ hostel.

There were crowds and loud music everywhere, with children performing on the streets for money.

“It was time to say goodbye to Gabriella and Peter, who returned to Australia,” Vanni said.

“I’ll see them again on January 2, when I reach Perth by freighter.”

Solo and sick of Saigon, Vanni hired a scooter to explore the Mekong River Delta.

He then boarded a sleeper bus and departed for his next destination: Cambodia.

During his trip, the Italian explorer is raising funds for the non-profit organisation SOS Children’s Villages.

To find out more or donate, visit the Facebook page.

This story appeared in the Thursday December 5, 2019 edition of Il Globo.

Roberta Vitiello is a journalist at Il Globo, specialising in stories of cultural interest and stories of interest to the Italian community in Australia.