On March 1, Professor Marcello Costa was appointed “Cavaliere” in the Order of Merit of the Italian Republic, for his contribution to science in Australia and abroad. 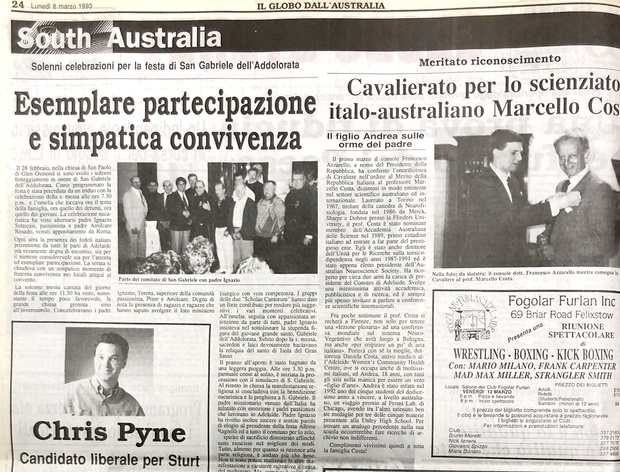 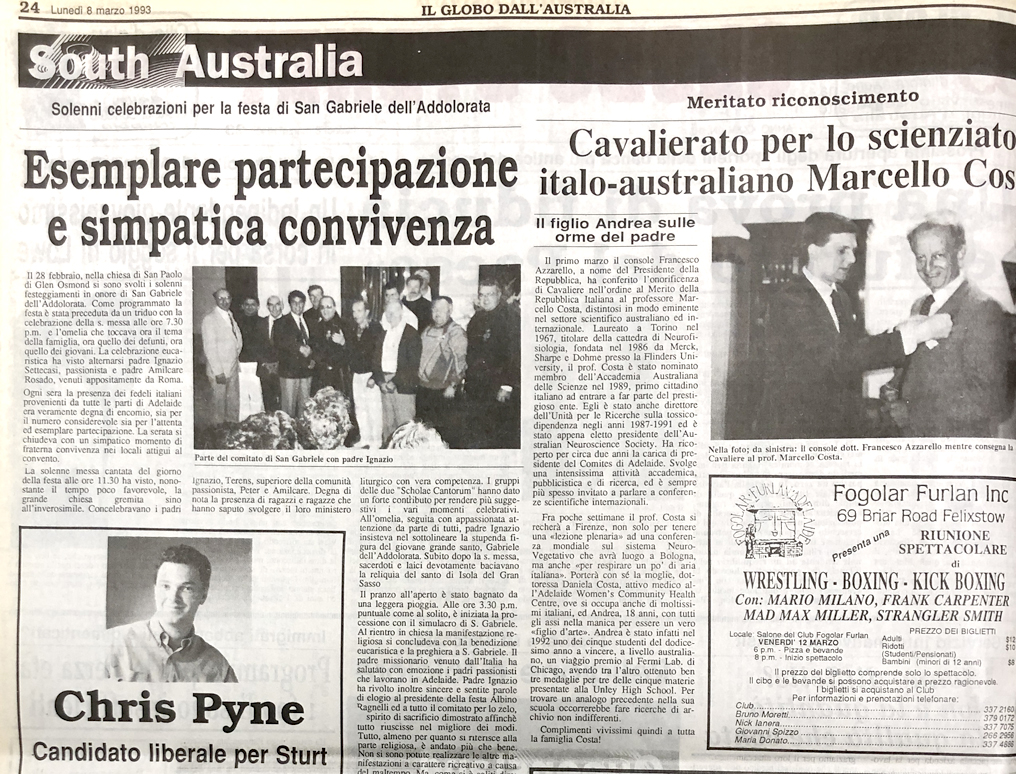 Mr Costa received the honour from Italian Consul General in South Australia, Francesco Azzarello, on behalf of the President of the Italian Republic.

Mr Costa graduated from his medical studies in Turin in 1967, and holds a personal chair in Neurophysiology at Flinders University.

He was also elected Fellow of the Australian Academy of Science in 1989, becoming the first Italian citizen to be a part of the prestigious academy.

Mr Costa was also just elected president of the Australian Neuroscience Society, and has previously held the title of president of Com.It.Es Adelaide for two years.

He boasts an impressive academic history and has many published works.

In a few weeks, Mr Costa will travel to Florence to hold a plenary session at a global conference on the neurovegetative system that will take place in Bologna, and also to “breathe some Italian air”.

He will travel to Italy with his wife, Dr Daniela Costa of the Adelaide Women’s Community Health Centre, and their 18-year-old son, Andrea, who is showing all the right signs of following in his father’s footsteps.

In 1992, Andrea was one of five Year 12 students across Australia to win a trip to Fermilab in Chicago.

He also won three medals for three of the five subjects he studied in his final year at Unley High School.

Andrea’s achievements are unprecedented at his school, at least as far as its staff can remember.

This story appeared in the Monday March 8, 1993 edition of Il Globo. 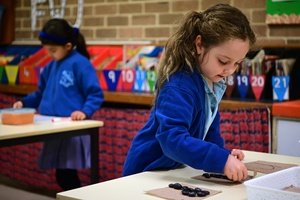 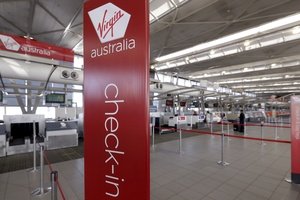