Italian President Sergio Mattarella has passed a new law ruling that children up to six years old must be vaccinated against 12 common illnesses before they can enrol in state-run schools. 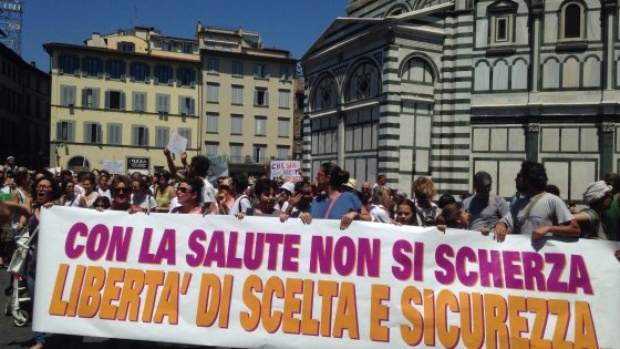 Protesters in Florence fight for the right to freedom of choice 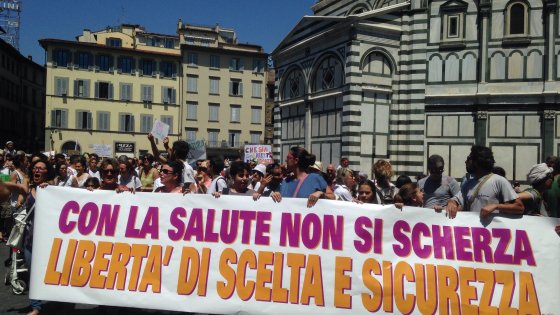 Protesters in Florence fight for the right to freedom of choice

“The aim is to reduce the number of Italians who aren’t protected from these diseases in the coming months and years,” Italian Premier Paolo Gentiloni said.

Italy recorded around five times as many measles cases in the first four months of this year than in 2016, and has experienced a significant decrease in vaccinations.

The new law hasn’t been received well by all Italians; campaigners dubbed the “anti-vax” movement took to the streets last Sunday, protesting for the right to freedom of choice.

The major demonstrations unfolded in Milan, Turin, Bologna, Florence and Cagliari, as parents and representatives of the medical and scientific sectors came together to voice their discontent.

“What do exist are parents who just want the best for their children.”

The protesters called for the production and distribution of “clean” vaccines without toxic contents.

They also argued obligatory vaccinations should only be applied to single-dose vaccines and only after adequate consultation and pre-vaccination tests.

Under the new law, parents who refuse to vaccinate their children will face hefty fines.

The 12 conditions listed in the decree are polio, diphtheria, tetanus, hepatitis B, haemophilus influenzae B, meningitis B, meningitis C, measles, mumps, rubella, whooping cough and chickenpox.