Italy wins the Bocce World Championship at the Veneto Club

In an emotional final at the Veneto Social Club, Italy defeated their bitter rivals France to win the third Bocce World Championship 15-6. 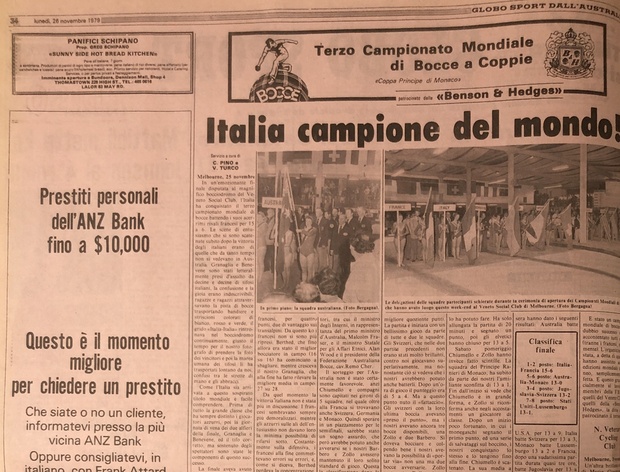 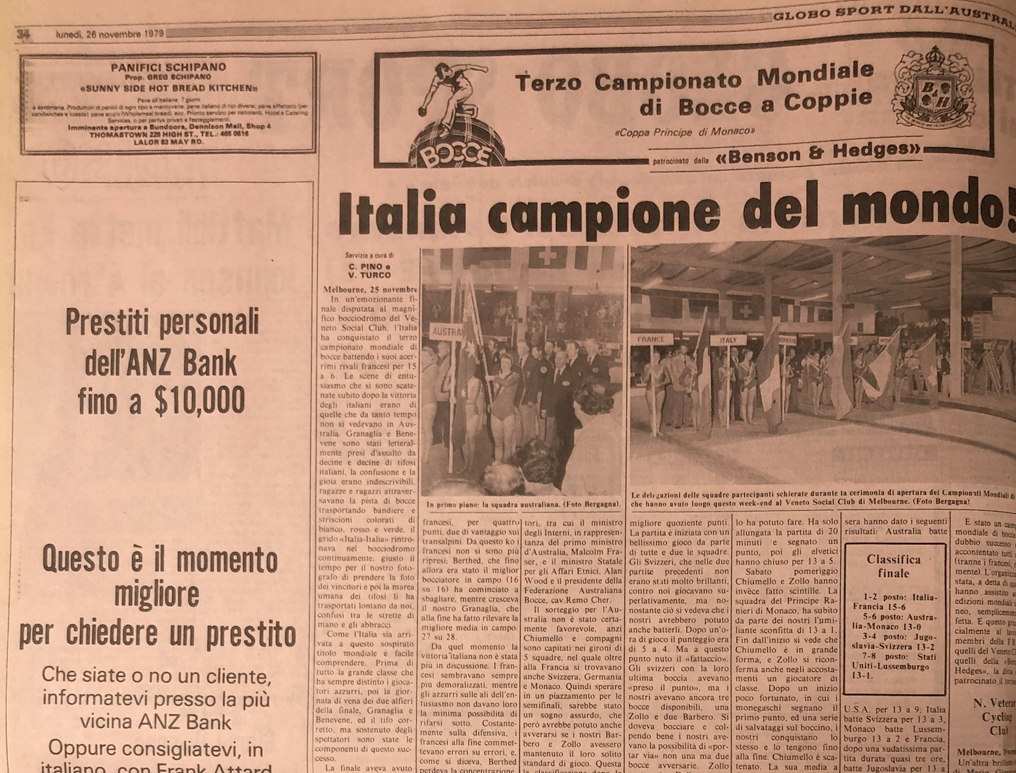 The enthusiasm witnessed following the Italians’ victory is one which hadn’t been seen in Australia for a long time.

Granaglia and Benevene were literally bombarded by dozens of Italian fans while chaos reigned and joy filled the air.

People ran across the field with tricolour flags and banners chanting “Italia, Italia!”

It’s easy to see how Italy managed to take out this long-awaited world title: the great class and performance of the Italian team combined with the crowd’s support were the main contributing factors.

The third edition of the world championship began last Thursday with the official opening ceremony, which 1500 spectators attended.

Among those present was the interior minister, representing Prime Minister Malcolm Fraser, and the Minister for Ethnic Affairs, Alan Wood, along with president of the Australian Bocce Federation, Remo Cher.

The draw didn’t favour Australia, who ended up in a round with France, Switzerland, Germany and Monaco.

It would have been a dream come true if Australia made the semi-finals, even though they had a chance if Barbero and Zollo played their usual game.

These were the results after the elimination round:

5th – Germany, with no wins

3rd – Luxembourg, with one win

(Morocco pulled out of the contest for unknown reasons)

This story appeared in the Monday November 26, 1979 edition of Il Globo.