Sunday, May 19, marked one year since Carlton’s iconic La Mama Theatre was devastated by a fire. 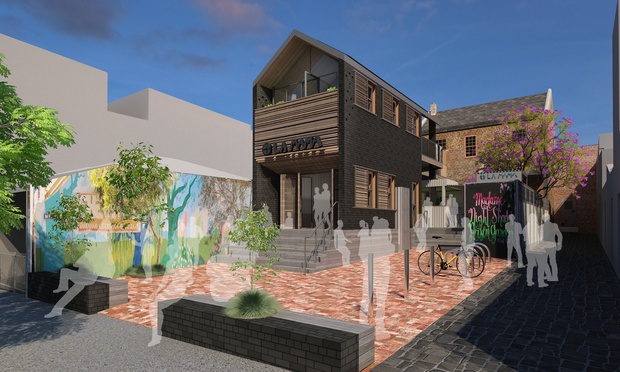 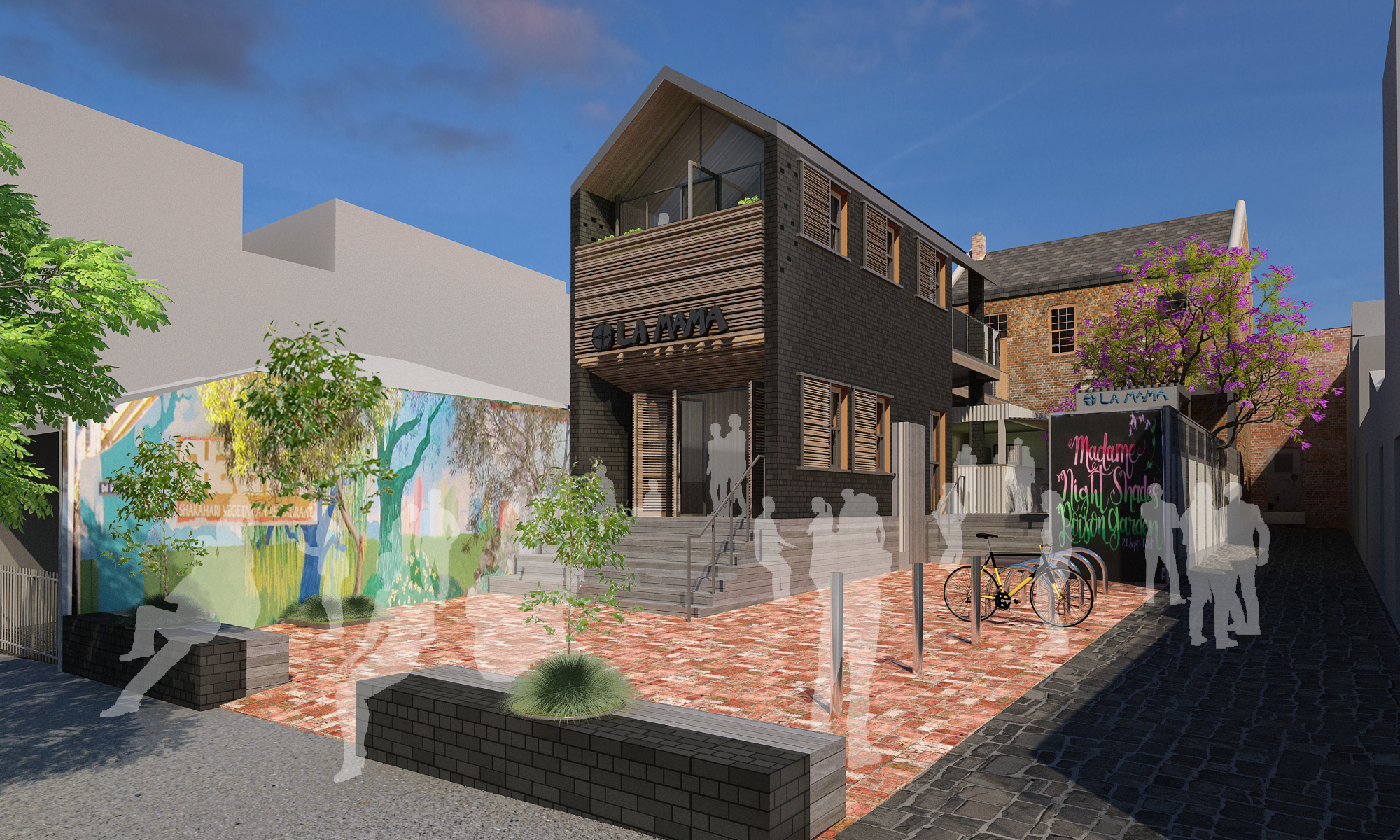 While more than 50 firefighters managed to bring the blaze under control by mid-morning, the brick building housing the ground floor theatre and the office-cum-dressing room on the first floor were badly damaged.

The interior floor and staircase, and the slate roof collapsed in the fire, while all office fittings, records, artworks and many hundreds of scripts were destroyed.

Despite the extensive damage, the company was quick to vow it would rebuild and the theatre would rise from the ashes.

“At times like this it’s important to let people know that La Mama doesn’t just have a past – it has a future.”

As the one-year anniversary of the fire came around last month, the company launched its ‘Rebuild La Mama’ campaign, unveiling for the first time designs for the restoration at the original site.

Architect Meg White, who has worked as a performer and designer at the theatre for more than 25 years, is the brains behind the restoration.

“The rebuild is our chance to re-imagine what La Mama could be while maintaining and celebrating all that we are,” the company said in a statement on its website.

“It’s an opportunity to ensure we can continue to play our vital role in theatre creation in the decades to come.”

The statement also said that restorations will honour the integrity of the original building, but with completely new 21st-century facilities and technology.

However, La Mama needs a little help from the public to breathe life into the plans.

“Thankfully we were insured and we have received substantial support from the Victorian government and our philanthropic sector, but we still need further support to finish the rebuild,” Jones was quoted as saying by ArtsHub.

La Mama hopes to raise all necessary funds by June 30, 2019 so that the theatre can begin works in late 2019 and be back in operation by January 2021.

Head to La Mama’s website to make a donation.

All drawings, images and associated documentation are pending authority approval.

Renders have been used to help illustrate the project but cannot exactly represent the final project. The final materials and finishes may differ from those shown in the images.

Thankfully we were insured and we have received substantial support from the Victorian government and our philanthropic sector, but we still need further support to finish the rebuild.