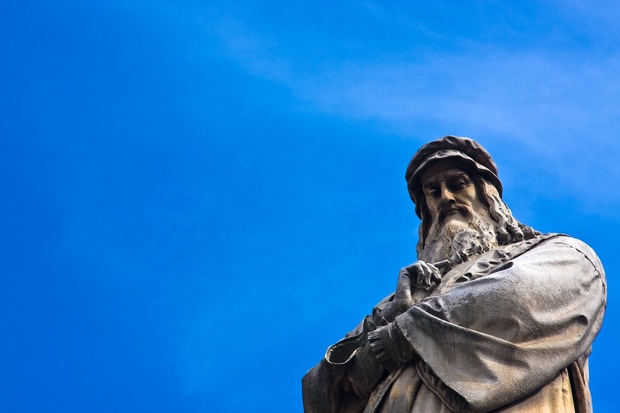 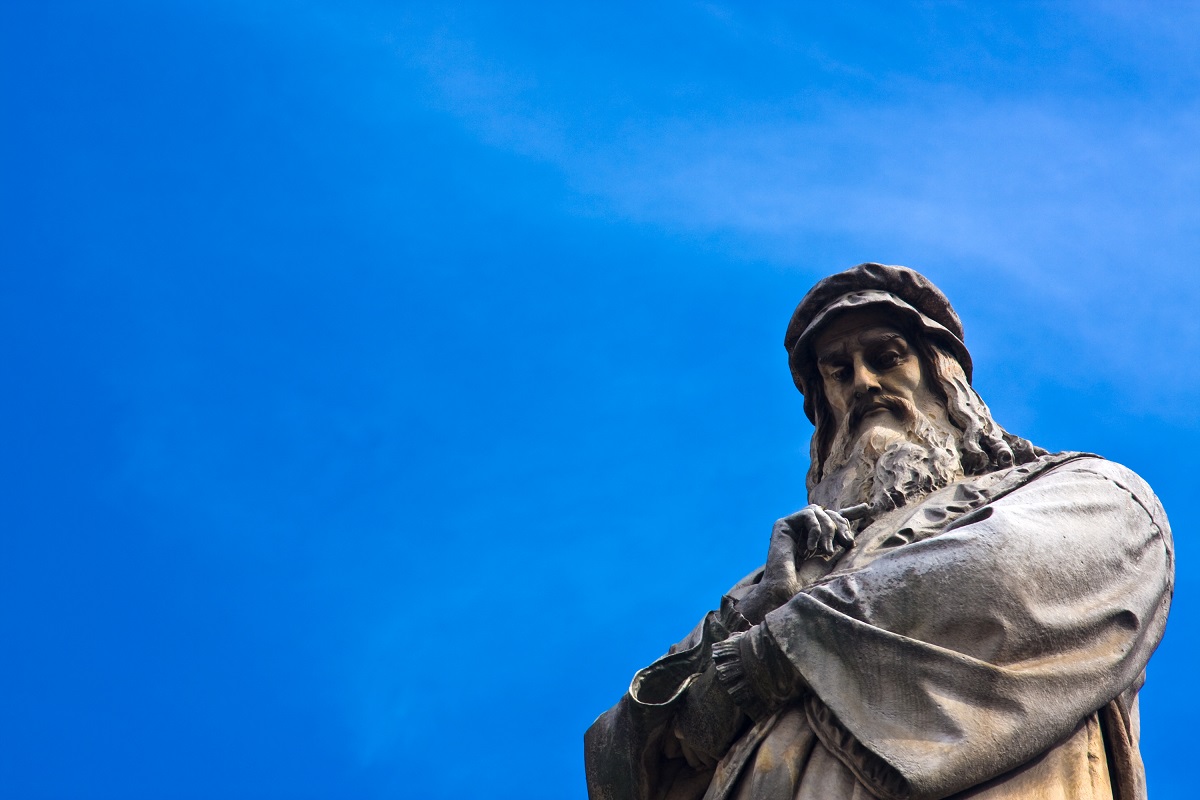 While he’s known by all for his art and inventions, few are aware that among the Italian genius’ myriad interests was cooking.

Leonardo was an avid cook and loved experimenting and inventing recipes and utensils, from the corkscrew to the mechanical rotisserie.

Leonardo’s passion for cooking was sparked during his childhood in the Tuscan town of Vinci, where his nonno Antonio and uncle Francesco used to take him to visit the local mills.

A young Leonardo watched in awe as the large machines ground the wheat into fine flour.

According to one source – deemed unreliable by historians, however – Leonardo’s love story with food began during his apprenticeship at Verrocchio’s workshop in Florence.

To add to his small income, Leonardo is said to have worked as an apprentice cook at the Taverna delle Tre Lumache sul Ponte and then opened an inn called Le Tre Rane with fellow artist Sandro Botticelli.

It’s believed that Leonardo loved frogs (rane in Italian), and often caught them and studied them up close.

Everything about Leonardo has been written over the years, and Italy’s Accademia della Cucina seeks to separate fact from fiction.

One thing’s for certain: for 30 years, the artist was in charge of organising feasts and banquets at the court of Ludovico Maria Sforza in Milan.

The Duke of Milan let Leonardo visit his properties, showing the painter his hunting estates, his beloved horses and the castle’s kitchens.

Leonardo soon found himself before many cooks, waiters and cleaners, and even though each of them had a specific role, chaos reigned.

With Ludovico’s encouragement, Leonardo began thinking about ideas on how to improve operations in the kitchen.

He often went to where the produce first arrived, then closely followed the entire process: the unloading, transportation, storage, preservation, transformation, waste and production.

He believed that while all steps were necessary, they needed to be executed in a faster manner and with less effort.

It was then that the resourceful young man began dedicating his time to experimenting with futuristic machinery and utensils which we still use in our kitchens today: the corkscrew, garlic crusher, electric slicer, pasta machine, pepper grinder, spit roast, egg slicer, food warmer and rangehood. 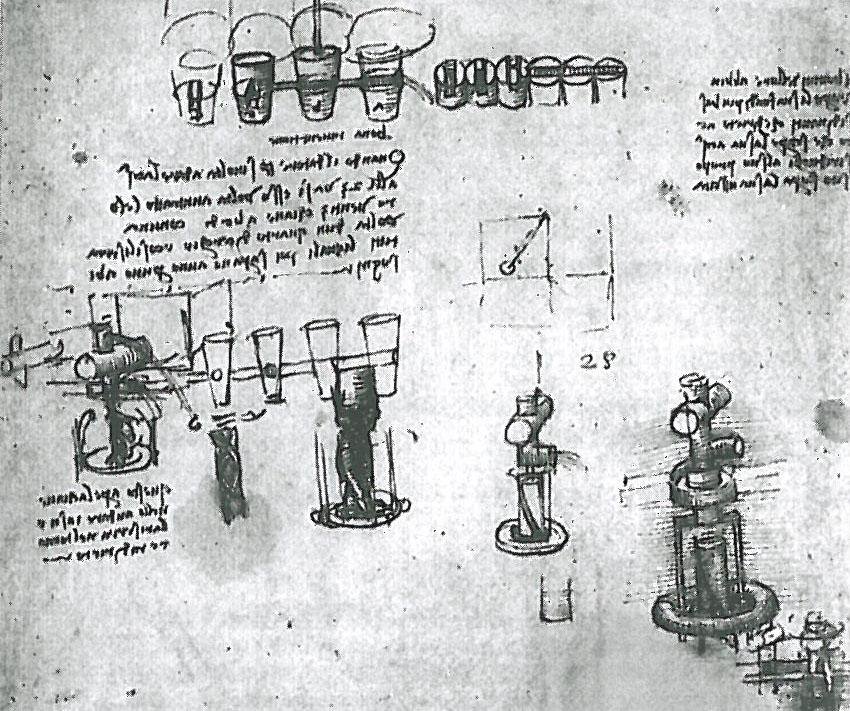 Leonardo’s design for the corkscrew

Perhaps one of his most surprising inventions is the napkin, which appeared for the first time in 1491.

In fact, in The Last Supper, beside every diner, Leonardo painted a small cloth with which they could wipe their face and mouth – this was the first time the napkin had been depicted in art.

Up until then – according to Leonardo’s own notes – the nobility had a bad habit of cleaning their knives on the clothes of whoever was sitting beside them.

It was also customary to tie live rabbits to the table so that diners could wipe their hands on the animals’ fur!

An expert in botany and – according to some biographers – a vegetarian, the Tuscan genius recommended using herbs and spices, and described their flavours and medicinal benefits.

He experimented with turmeric, aloe, saffron, poppies and linseed oil.

Milan locals still claim that saffron risotto was a dish created by Leonardo while he was living in the northern city.

Leonardo’s notebooks also demonstrated his obsession with food presentation, rivalling that of an expert in nouvelle cuisine.

Everything Leonardo wrote about food is of historical significance and gives an insight into what was eaten in those times.

Leonardo also invented recipes including acquarosa, a drink made from rose extract, sugar, lemon and a dash of alcohol.

He also lists his favourite “simple foods”: boiled broccoli with caviar and cream; boiled onion over a slice of buffalo cheese with a black olive on top; a plum sitting on top of a slice of raw meat with a sprig of apple blossom on the side; veal liver with sage and pepper on polenta; and carrots shaped into sea horses with a caper and anchovy paste.

There are other examples of the many recipes he documented with passion: orange and lemon soup with egg and chicken stock; eels cooked according to his friend Donato Bramante’s recipe – that is, blanched and dipped in honey; and fish in batter with gold ball turnips.

Leonardo’s recipes always included an abundance of spices, including pepper, coriander, ginger, cinnamon and saffron, which was even put in wine.

They also featured every type of nut you could imagine.

This story appeared in the 2019 edition of La Buona Cucina Italiana.