A low tide has left Venice’s famous canals almost dry and unnavigable, just two months after its worst floods in more than 50 years left much of the Italian city under water. 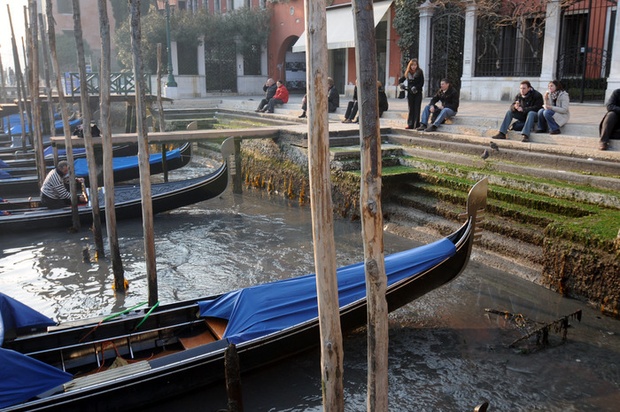 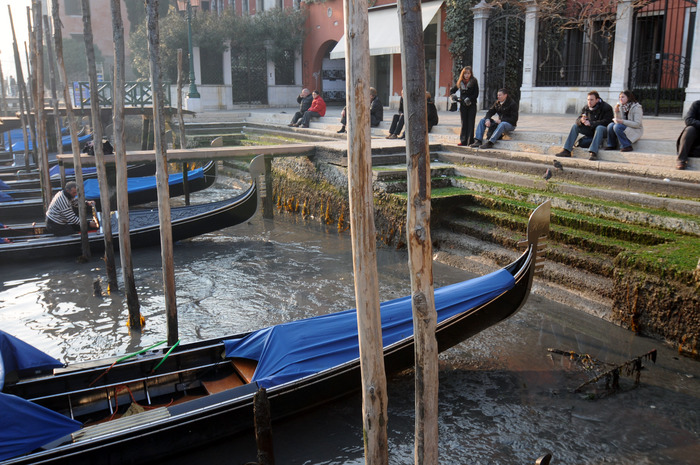 Boats and gondolas were beached at the bottom of the canals, which looked more like trenches, as the water levels dropped drastically.

The scene is a stark contrast to photos and videos of flooded buildings and homes that went viral in November as the city grappled with a surge in water levels.

More than two-thirds of the city was submerged as water levels peaked at over six feet, the second-highest record ever in Venice.

Damage from the floods is estimated at more than €1 billion.

The latest low tide in not as rare.

The tides in the lagoon city mean water levels can vary by around half a metre, sometimes even more.