Italian authorities had to persuade a man to climb down from the Colosseum on Tuesday afternoon, after he scaled the ancient Roman monument and threatened to jump from the second level. 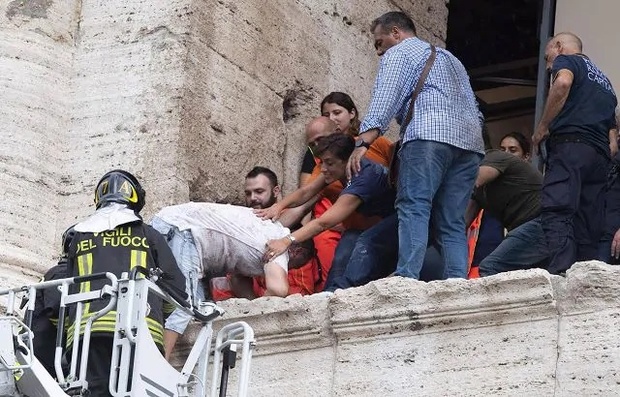 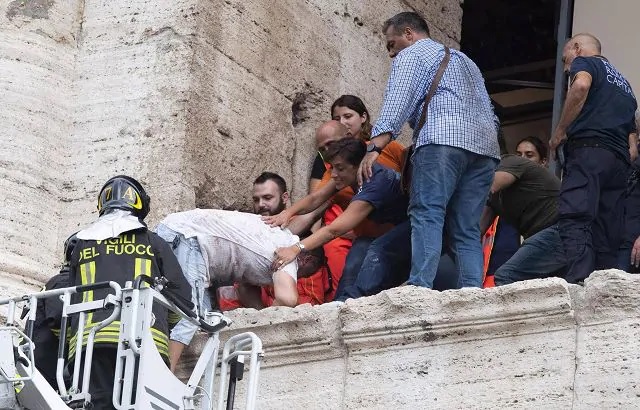 Firefighters used a ladder to approach the man, who spent around an hour on a narrow ledge on the outside of the Colosseum before he was convinced to climb to safety.

The firefighters had laid out inflatable mattresses to break the man’s fall in case they were unable to coax him down.

The reasons for the man’s actions were not immediately known.

Some reports said the incident appeared to be more of a protest than a suicide attempt.

According to Rai News, the man is a tour guide who recently lost his licence.