An angry crowd harassed Italy’s far-right leader Matteo Salvini when he visited a new coronavirus hotspot in Naples on Monday, with some heckling and pelting him with eggs and water. 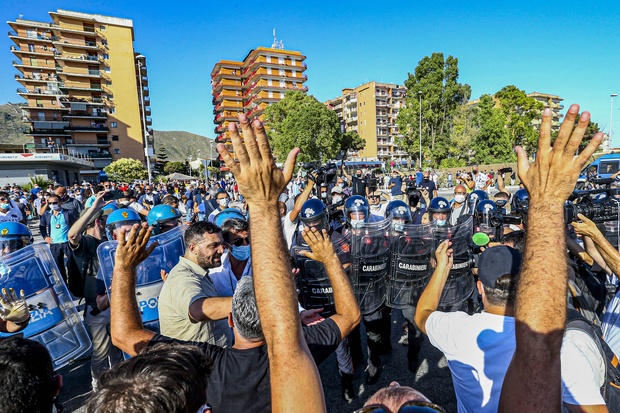 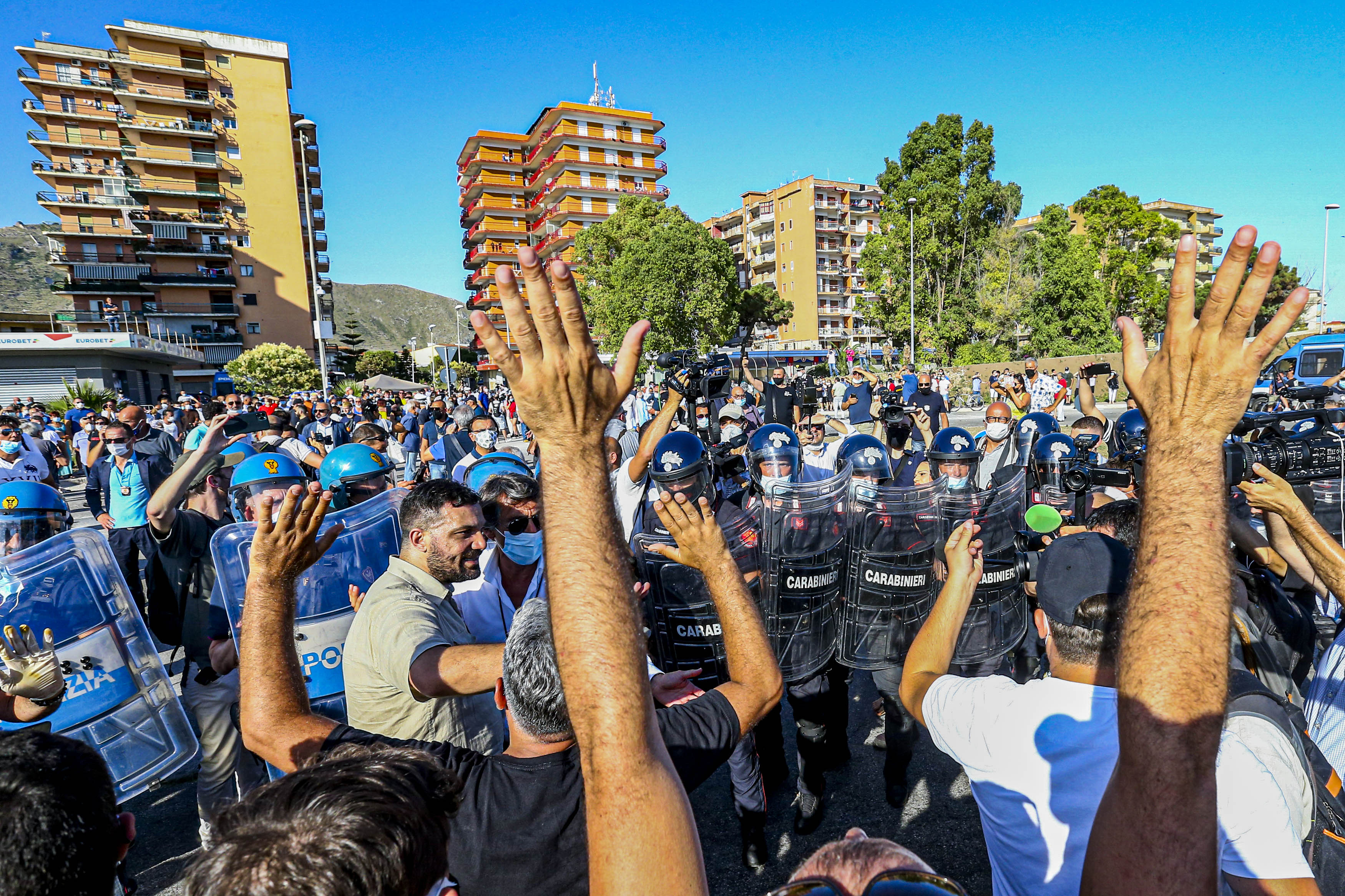 Police clashed with protesters when Salvini visited a neighbourhood of Mondragone, the scene of tensions last week between some residents and foreign workers following an outbreak of coronavirus in the area.

When Salvini arrived an hour later than scheduled, there was a hostile crowd waiting for him, many of them shouting insults.

Salvini, wearing a face mask in the colours of the Italian flag, could barely be heard over the heckling.

As he tried to continue his speech from behind a police line, he was forced to dodge eggs and water thrown from the crowd, which was held back by riot police.

He left the scene after half an hour, but promised to return.

Some 700 residents of five apartment blocks on a council estate, mostly home to Bulgarian workers, were placed under quarantine after a cluster of cases was detected there last week.

After protests by residents, many of whom said the lockdown left them without money for food, violence broke out between the protestors and Italians living nearby who threw stones at the migrants, who they blamed for the outbreak.

Last Friday, riot police and soldiers were sent to the town to restore order.

Italy’s far-right aimed to capitalise on the conflict.

As Salvini organised a visit, his League party issued a press statement calling the town a “social bomb”.

Giorgia Meloni, head of Brothers of Italy (FdI), lashed out at the government for failing to “control the migrants”.

His party – formally known as the Northern League, and previously also hostile to southern Italians, as well as non-Italians – has in recent years begun to attract voters in the south after its rebrand.

However, his visits to Naples and other parts of southern Italy regularly spark protests.