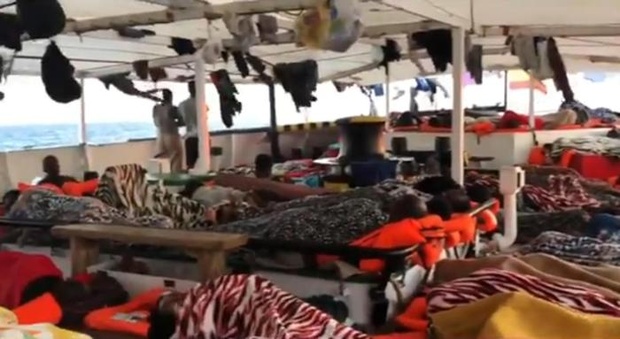 An image on board the NGO ship Open Arms. (Photo: ANSA) 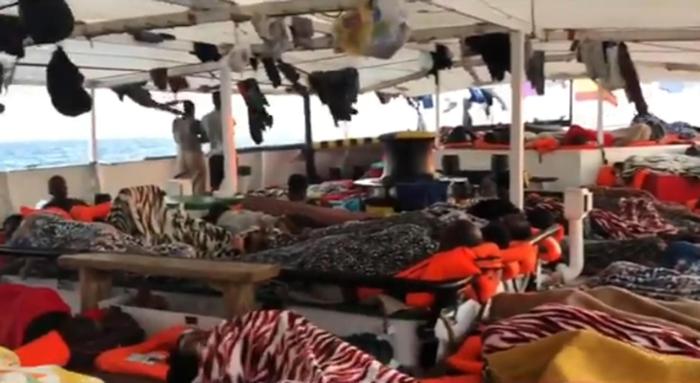 An image on board the NGO ship Open Arms. (Photo: ANSA)

The decision was announced by the Spanish NGO, which said it was now headed for the closest safe port to safeguard the rights of the 147 migrants who have been on board for 13 days since being picked up off the coast of Libya.

In its ruling, TAR cited the “situation of exceptional gravity and urgency” as justification for its decision, after viewing medical and psychological reports.

It has ruled to allow the ship to enter Italian waters for the provision of immediate medical assistance to those in need.

Meanwhile, the interior ministry has contested the decision, appealing to the Italian Council of State for a new prohibition of entry into Italian territorial waters for the Open Arms.

Defence minister Elisabetta Trenta has refused to sign the prohibition of entry as requested of her by Salvini, instead ordering navy ships to escort the NGO into Italian waters, after ascertaining the condition of 32 minors on board.

Open Arms is now headed for the island of Lampedusa, with plans for an eventual transfer.

Salvini has reacted angrily, stating: “Tell me if it isn't a strange country where a Spanish ship in Maltese waters can resort to an administrative court to ask to land in Italy.”

“There is a plan to go backwards in time and reopen Italian ports, to turn our country into Europe's refugee camp,” he added.

Salvini also warned against a possible “unnatural pact” to be made between former ally, the Five Star Movement (M5S), and the centre-left Democratic Party (PD), which he predicts may occur as they seek to reopen Italian ports.