Italians love wine almost as much as they love tradition. 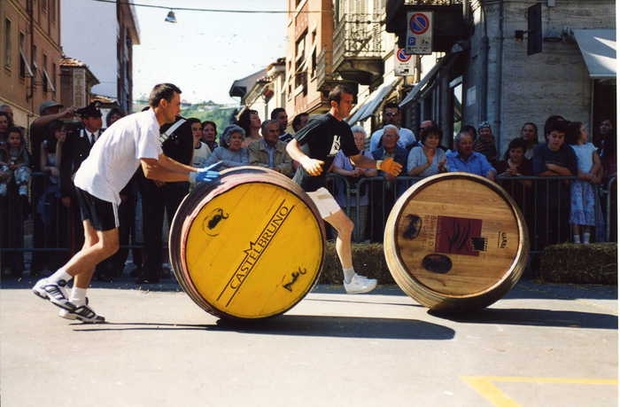 Contestants push around 100 kilograms of wine in the race. (Photo: ANSA) 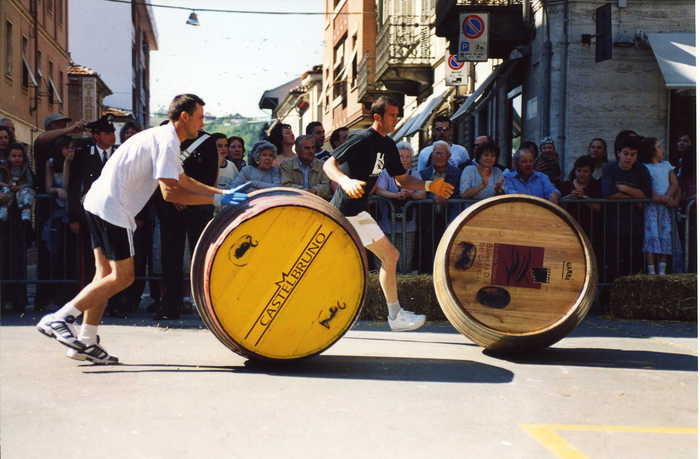 Contestants push around 100 kilograms of wine in the race. (Photo: ANSA)

Combine these two things together, and you have an Italian’s dream: Nizza Monferrato’s Wine Barrel Race, which dates back around 200 years.

Each year, the town of Nizza Monferrato, in the northwestern Italian region of Piedmont, comes alive as winemakers and local producers challenge each other to a centuries-old race, rolling oak wine barrels through the streets, starting and finishing in the town’s main square.

The race has its roots in the 19th century, when workers delivering barrels of wine to their destination by rolling them along the road decided to make it more exciting by turning it into a competition.

Today, the race is much bigger in scale and has some clear rules.

Contestants push around 100 kilograms of wine in the race, so, naturally, each team is made up of four or five people who relay the barrel to each other.

The teams initially race in heats, with the victors making the semi-finals and, eventually, the final.

A special jury oversees the competition and, if any anomaly occurs, it has the power to disqualify teams.

To prepare for this intense race, contestants train hard for several months in advance.

This year’s race will take place on the weekend of June 8 and 9.

On Saturday, the barrels will be weighed and branded; then teams will have a test run before taking part in the qualifying race.

On Sunday, two teams compete in the semi-final.

Only the first three teams get into the final and battle it out for the title.

The race starts and finishes in the main square, which turns into a bustling hub of live music and entertainment, kids’ activities, and food and wine stalls serving up delicious local specialties.

Some of the delicacies from the area include: tajarin, a long pasta similar to tagliatelle, with black truffles; agnolotti; and risotto with Barbera wine.

This event is one of a kind and will give you a taste of all that Piedmont has to offer!