A series of tapestries designed by Renaissance artist Raphael are currently on display in their original home – the Sistine Chapel – for the first time in more than 400 years. 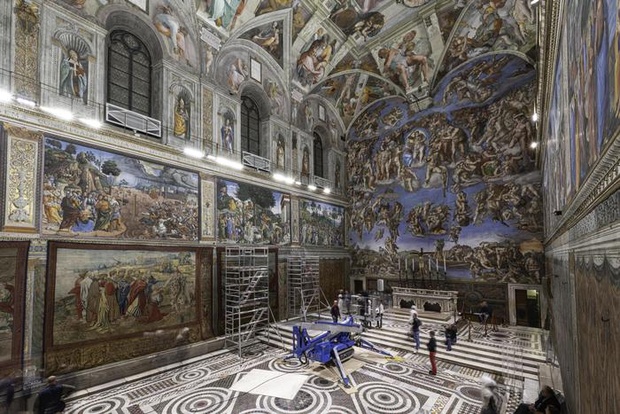 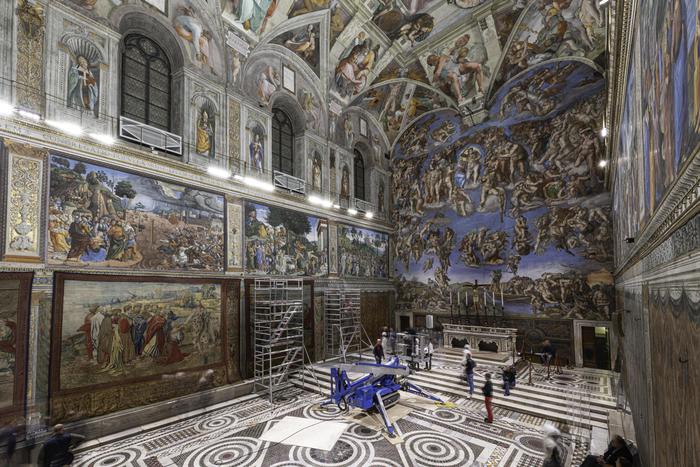 Visitors can see all 10 tapestries designed by Raphael hanging in the Sistine Chapel until February 23, in celebration of the 500th anniversary of the eminent artist’s death.

The delicate works were commissioned by Pope Leo X in 1515 to complement Michelangelo’s famous ceiling, completed a few years earlier.

Designed in the early 1500s and woven in precious silk, wool and gold and silver thread, the tapestries have not been united in their original location since the 16th century, according to the Vatican’s art experts.

The last time the Vatican held a similar exhibit was in 1983, the fifth centennial of the artist’s birth, but two tapestries were missing.

Originally hung almost at ground level on the Sistine Chapel’s walls, the tapestries remained in place for just a few years before the set was separated, some hangings sold to settle debts, others stolen by invading troops.

The Vatican Museums eventually reunited the collection and has spent several years restoring the delicate cloth, which is too fragile to remain on permanent display.

The week-long exhibition offers a rare chance to see the tapestries, which depict scenes from the lives of Saint Peter and Saint Paul, in their intended space rather than behind conservation glass.

Some of the tapestries will then be loaned to other European museums this year as part of the celebrations in honour of Raphael’s death five centuries ago.

The exhibition is just part of a plethora of events and activities on offer to mark the occasion.

On each day of 2020, Italy is placing a red rose on the tomb of Raphael who died aged 37 and is buried in the Pantheon.