Sydney’s Refugee Action Coalition (RAC) gathered outside the Italian Consulate in Sydney on Tuesday to protest Italy’s recently approved security decree, which prevents unauthorised boats from docking at Italian ports and which saw German NGO captain Carola Rackete placed under house arrest for entering the port of Lampedusa, with some 42 African migrants on board. 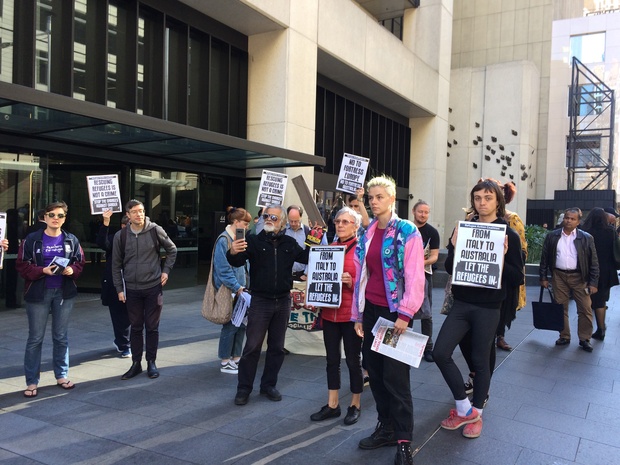 Protesters from the Refugee Action Coalition gathered outside the Italian Consulate in Sydney. (Photo: Lucia Moon) 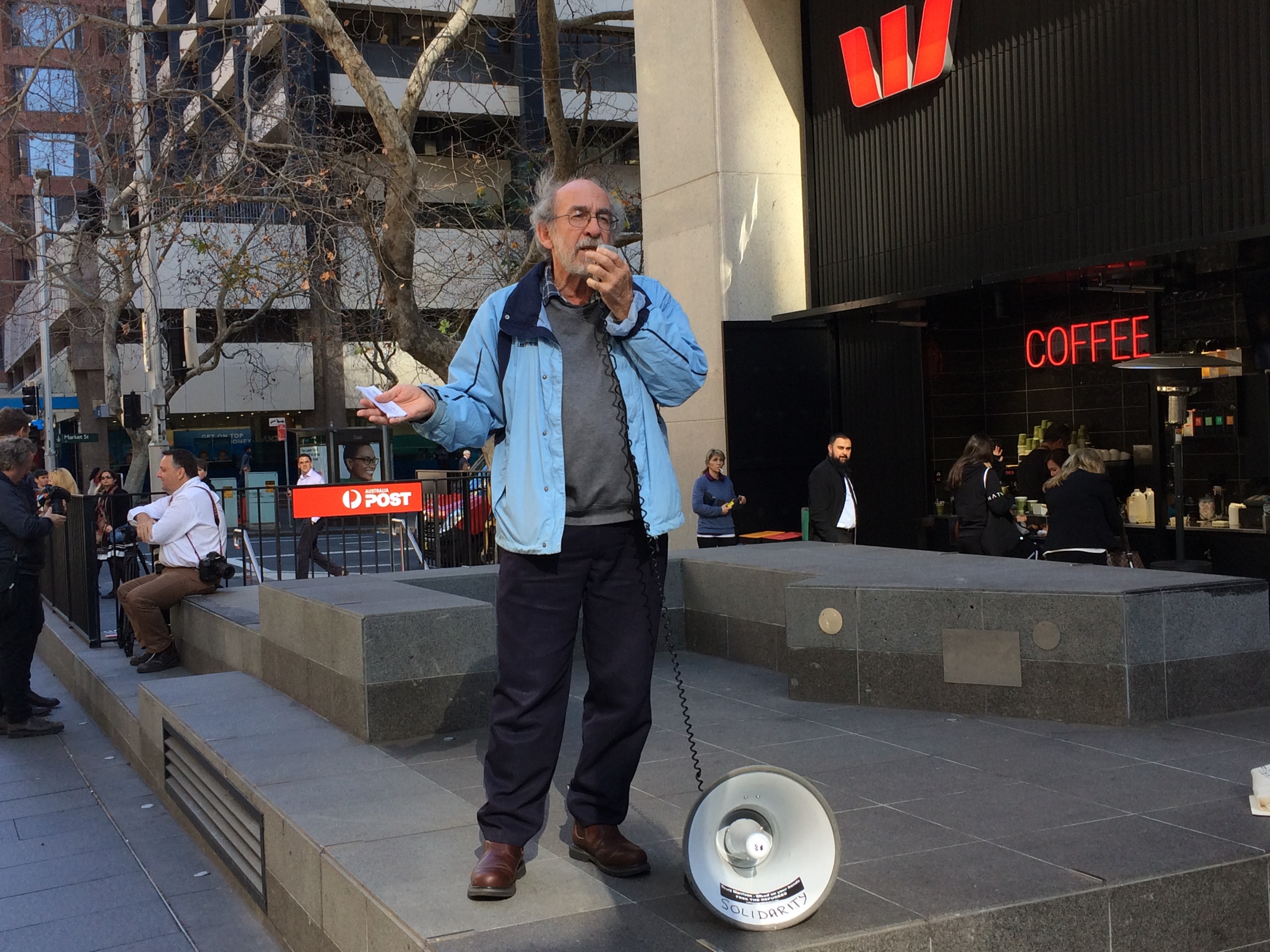 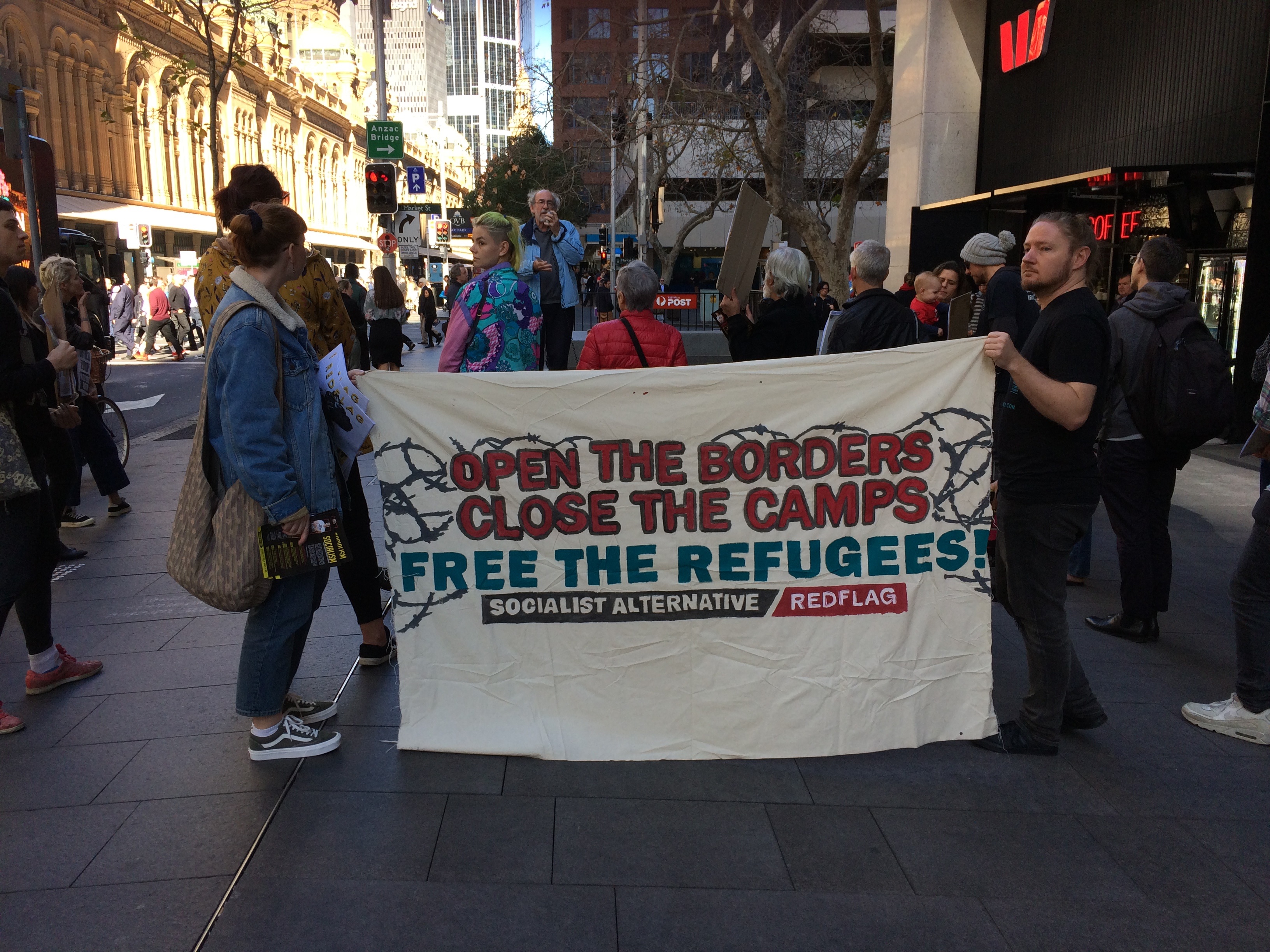 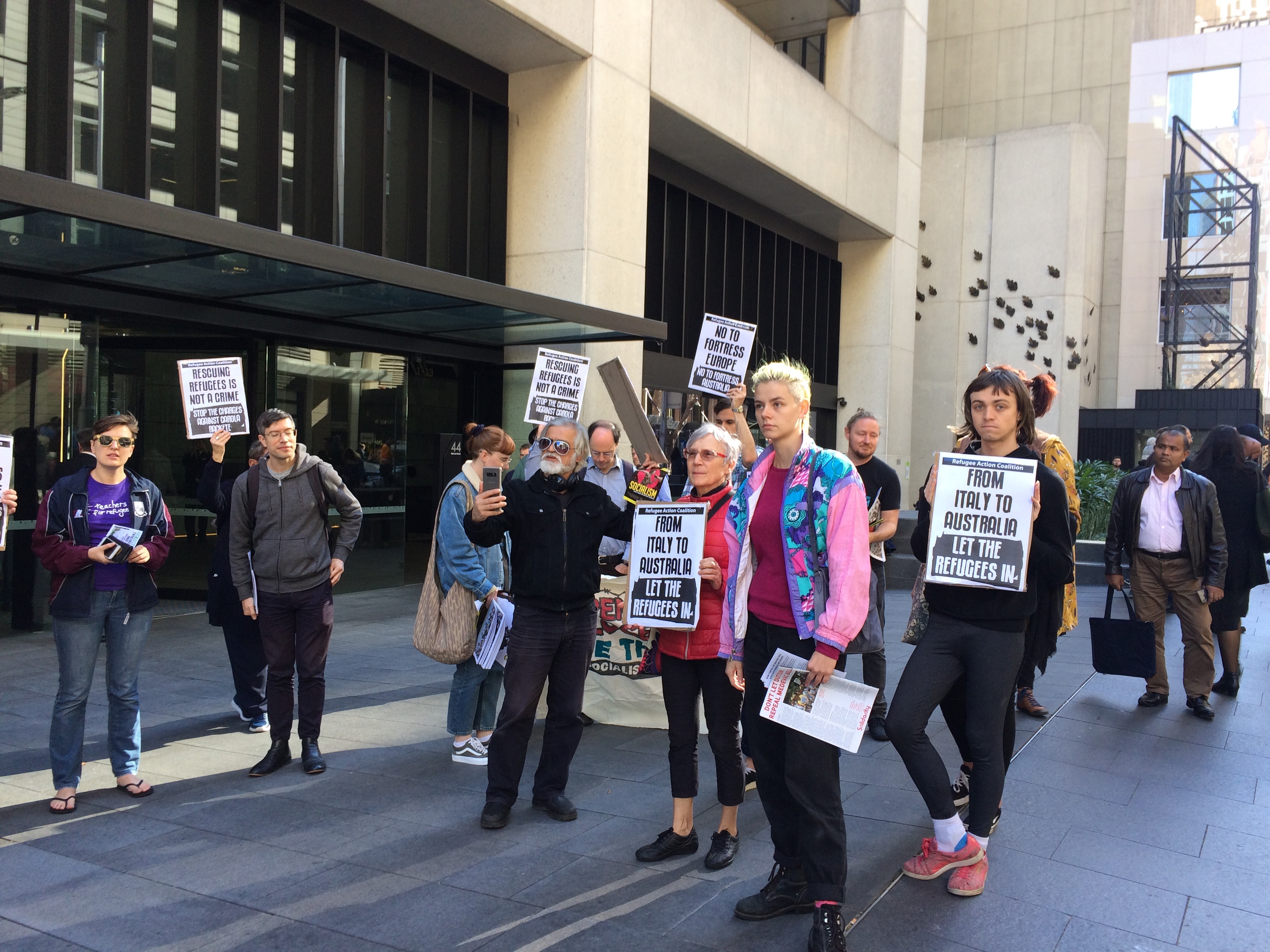 Protesters from the Refugee Action Coalition gathered outside the Italian Consulate in Sydney. (Photo: Lucia Moon)

The 31-year-old captain of Sea-Watch 3 has now been released from house arrest, but still faces up to 10 years imprisonment on charges of aiding illegal immigration.

The decree has been described by Italy’s Interior Minister Matteo Salvini as modelled on Australia’s own Pacific Solution, which was first implemented in 2001 under the Howard government and which has come to be known as the “Australian solution” worldwide.

“We’re here because the Italian government has implemented what they call the ‘Australian solution’ in Italy,” Rintoul declared.

“Two days before she ran that naval blockade, the Italian government issued a decree banning any unauthorised vessels from entering Italian ports, and specifically any rescue boats that were carrying what are called ‘illegal migrants’.

“The fine is €50,000 for those who break the decree and the question of impounding the boats.

“It’s not the first boat that has been turned back by Italy and not the first time that Italy has refused to allowed asylum seekers rescued in the Mediterranean to be brought to Italy itself.

“In fact, there have been quite a number of standoffs in the Mediterranean, when the Italian government refused the boats to be able to land and insisted that they go to Malta, Spain or back to Libya or Tunisia.”

Libya is in the midst of ongoing war conflicts which started in 2014.

Since Rackete was arrested, a second rescue boat has landed illegally in Italy.

The Alex, run by Italian NGO Mediterranea, docked at Lampedusa on Saturday, with 41 migrants on board.

Rintoul said that the Italian boat’s defiance was a perfect example “of what is actually necessary if we are going to see the kind of blockades that are mounted in the Mediterranean or in Australia”.

He added that what was most distressing for protesters in Australia was hearing Salvini, who on Tuesday closed Europe’s one-time largest migrant centre on Sicily, openly speak about the “Australian solution” as Italy’s hardline inspiration.

“We make an argument in Australia that turning boats back in the sea doesn’t save lives, it costs lives,” Rintoul said.

“Hundreds, thousands of lives have been lost in the Mediterranean because there are no rescue boats and because people haven’t got the right to seek asylum in Italy.”

A poll published in Italian newspaper Corriere Della Sera on Saturday said 59 per cent of Italians approved of Salvini shutting Italy’s ports off to NGO-run vessels.

“In Australia we’ve had similar statistics but when there is a groundswell of ordinary people we can turn that stuff around,” another RAC representative, Dan, said.