Sardines to hold mass demonstration ahead of Emilia-Romagna regional election

The Sardines, an Italian grassroots movement that was founded in response to the far-right politics of Matteo Salvini and his allies, is gearing up for a mass demonstration ahead of a crucial election in the left-wing stronghold of Emilia-Romagna next week. 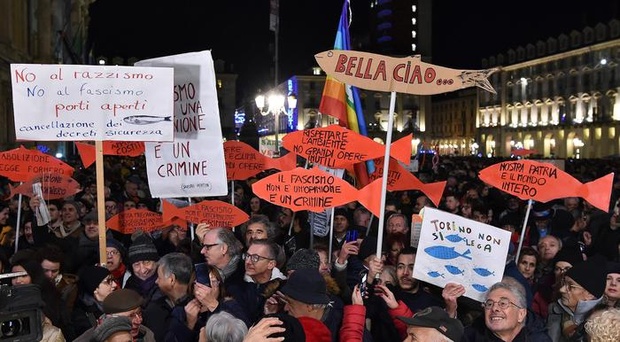 Members of the Sardines movement at a rally in Turin. (Photo: ANSA) 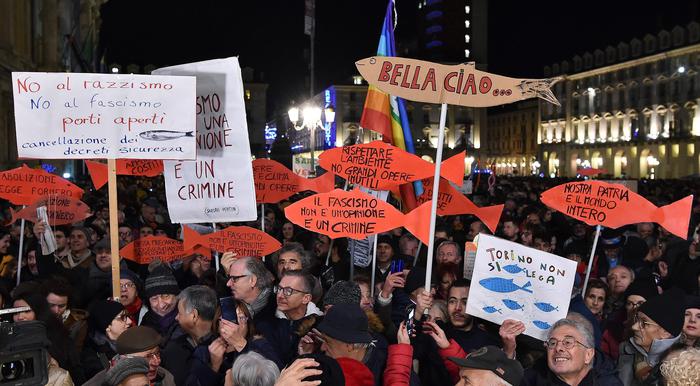 Members of the Sardines movement at a rally in Turin. (Photo: ANSA)

The movement, founded in mid-November by a group of four friends from Bologna in a spontaneous response to Salvini’s threat to “liberate” Emilia-Romagna from the left, has gained a huge following, with thousands of supporters squeezing into piazzas across the country in recent months.

The next demonstration is planned for Bologna on Sunday, exactly a week  before the regional election.

Meanwhile, Salvini is plotting his path to power one small town at a time.

With brief visits to agricultural communities, the hard-right leader of Italy’s League party has launched his campaign for the crucial regional election.

If Salvini wins, the shaky government made up of the centre-left Democratic Party (PD) and the anti-establishment Five Star Movement (M5S) may fall, leading to national elections and a return to power for Salvini, who was forced out of government last August following his failed attempt to force snap elections.

Support for the League has dwindled but it is still Italy’s biggest party.

The right-wing coalition’s candidate, Lucia Borgonzoni, is polling slightly behind Stefano Bonaccini, the incumbent president from the PD.