Simon Tedeschi dons a wig and ruffles in show for kids

Acclaimed pianist Simon Tedeschi is currently assuming the persona of the musical wunderkind himself, Wolfgang Amadeus Mozart, in a classical show for kids running at the Sydney Opera House until October 13. 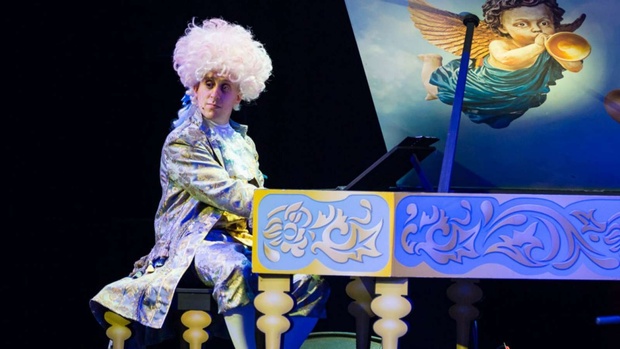 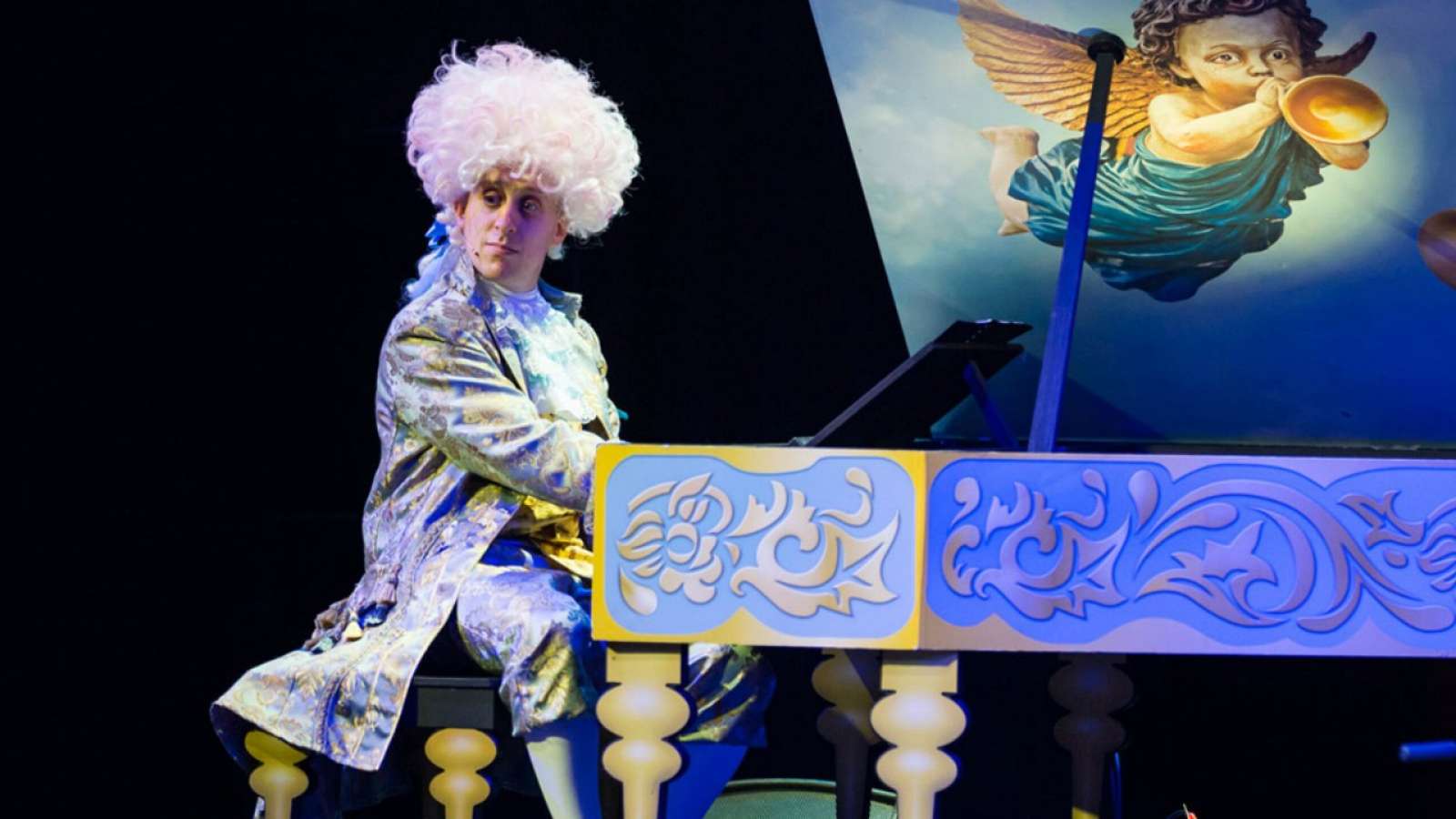 Written by Tedeschi, Eva Di Cesare and Tim McGarry, the show was created especially for young children aged two to eight and “the children within older people”, and incorporates pathos, humour and a delightful exploration of the relationship between Mozart and his wife, Costanze.

“It’s a show that encompasses classical music, theatre and some elements of comedy,” Tedeschi said.

“It’s meant to portray the life of Mozart as a very unusual prankster and musical genius, and his wife, a wonderful soprano, and five musicians.

“It’s meant to convey the idea of classical music as a wonderful thing for all ages.”

Tedeschi described the hugely influential classical composer Mozart as “someone who loved playing tricks on people”.

The Austrian genius’ famous sense of humour saw him compose a piece in 1787 titled Ein Musikalischer Spa ß, which can be translated to A Musical Joke, which employs clichéd fragments of melody and harmony that don’t necessarily work well together at all.

It was thought to poke fun at less-adept composers of the time.

“There are many reasons why Mozart has been shown to relate to kids, but one of them is that in many ways he was a child himself even though he was an adult,” Tedeschi mused.

“His music has many childlike qualities: a real innocence and a whimsy about it, and it has been shown time and time again to raise the IQ in children and have a tremendous effect on them.”

There is no better person to play the role of Mozart than Tedeschi, who first performed at the Sydney Opera House at age nine, with Mozart’s Piano Concerto no. 19 K.459.

Frequently described as a “prodigy”, Tedeschi was inspired to commence piano after observing a boy at school with cerebral palsy playing as a form of physical therapy.

Tedeschi took to the instrument very quickly and went on to accumulate many prizes, scholarships and accolades under his belt.

“My proudest moment was winning the Symphony Australia Young Performer of the Year when I was 17, because it was that which launched my career,” he said.

More recently, Tedeschi was awarded a Centenary of Federation Medal and was the recipient of an award from the Phonographic Performance Company of Australia and the Australian Opera Auditions Committee.

He has performed for innumerable dignitaries including their Royal Highnesses the Crown Prince and Princess of Denmark, Vladimir Putin, George W Bush and Nelson Mandela at events such as the Commonwealth Heads of Government Meeting, World Expo and G’day USA.

Despite this, Tedeschi said that the Mozart kids show remains closest to his heart, because “it allows me to express all of my sides: the serious musician, the clown and also allows me to communicate with the audience, which is not something that one can often do, while playing a concerto, for example”.

Although a classical music specialist, Tedeschi frequently forays into the realm of jazz and cited Kevin Hunt, the Australian jazz pianist as someone he loves to work with.

He said that someone with a foundation in jazz music has a fantastic “sense of space” in their playing, which he admires.

“Jazz has a very different way of looking at rhythm,” Tedeschi added.

“In classical music there is a lot more tension while in jazz there is a sense of release.”

Tedeschi and Hunt will perform a spectacular repertoire of jazz and classical music at the Art Gallery of New South Wales in November.

Tedeschi’s grandfather was a migrant who came from Turin with his mother, Rosina Tedeschi, who set up the very first Italian language program at Sydney University.

He mused that Italian is such as a musical language and so much a part of classical music, that even if he didn’t have Italian heritage it would still influence him.

For his part, Tedeschi hopes his Mozart performances will plant the seeds of intellectual and artistic curiosity in his young audience.

“I want to send them on a path of intellectual discovery,” he said.

There are many reasons why Mozart has been shown to relate to kids, but one of them is that in many ways he was a child himself even though he was an adult.