The Italian cruise ship Achille Lauro was hijacked by four Palestinian terrorists on October 7, 1985, and the ordeal lasted until October 9, when the hostages were finally released. 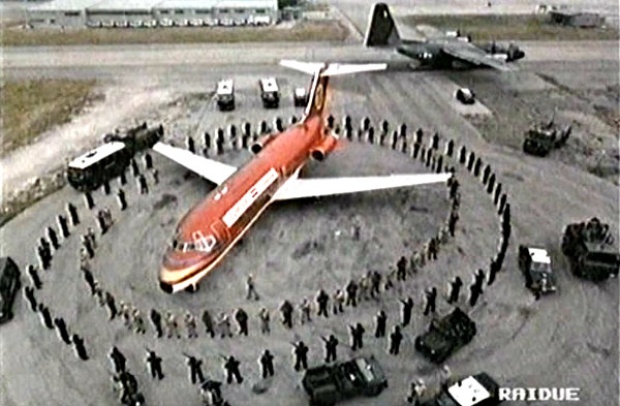 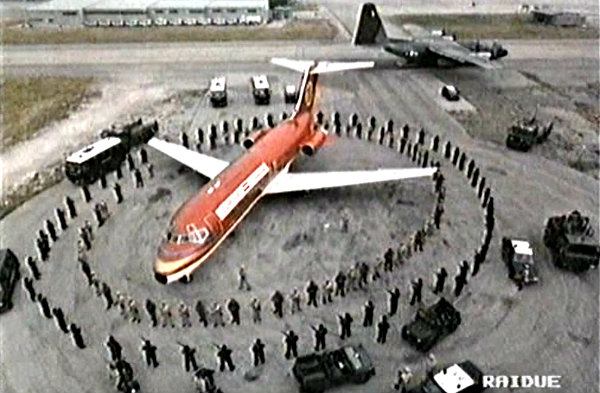 The crisis brought on by the affair continued even after the hostages were released, as a period of great tension built between Italy and the US.

When the Italian government refused to yield to Ronald Reagan’s request to bring the hijackers to the US, an armed conflict unfolded at the NATO Base Sigonella in Sicily.

The seizure occurred on October 7, as the cruise ship was travelling along the Egyptian coast.

While most of the passengers were on land for an excursion at the time of the hijacking, over 400 people remained on board including crew members and passengers.

Among those on board the ship were four terrorists.

Armed with weapons, the terrorists took control of the ship at around 1:00 pm.

The four culprits immediately declared themselves as members of the Palestinian Liberation Organisation (PLO) and demanded the release of 52 Palestinian prisoners in Israel.

Meanwhile in Tunis, Palestinian president Yasser Arafat denied any responsibility for the seizure.

It was later revealed that the hijackers were members of the Palestine Liberation Front (PLF), a radical group within the PLO which opposed Arafat’s policies.

Led by Bettino Craxi, the Italian government decided to focus on distancing Arafat from the action, instead asking for the cooperation of the Palestinian leader.

In response, Arafat sent two mediators to assist in the situation, one of them being Abu Abbas.

Upon the mediators’ arrival, the circumstances took a positive turn.

On October 9, the hijackers surrendered to Egyptian authorities, climbing on board a patrol boat.

The Achille Lauro then headed towards Port Said, reaching its destination on October 10.

But with the end of the seizure arrived the confirmation that the terrorist act wasn’t without victims.

A wheelchair-dependent Jewish-American by the name of Leon Klinghoffer was murdered by the terrorists and thrown overboard on October 8.

The US was quick to react to this revelation.

During negotiations to release the hostages, the four terrorists were promised they would be taken to an Arab nation of their choice if they cooperated.

On the night of October 10, an Egyptian airplane ascended into the air to bring the hijackers to Tunis along with the mediators of the PLO, including Abu Abbas.

It was then that the US government struck: the airplane was intercepted by US aviation and forced to land at the NATO Base Sigonella.

But Craxi claimed that the situation fell under Italian jurisdiction as soon as the plane was landed on Italian territory, forbidding US forces from taking control of the terrorists and mediators.

The plane was encircled by the Italian military which blocked the Americans from moving in too close.

It wasn’t just about the defence of national pride for the Italians.

Years later, Craxi recalled that there were also 10 Egyptian soldiers on board, led by an official who had orders to defend the plane with weapons.

If the US had entered with force, it would have led to a serious conflict.

In the end, the terrorists were brought off the plane and arrested by Italian authorities.

US president, Ronald Reagan, requested that the terrorists be handed over and trialled in the US, but Craxi responded by stating that the crime was committed in international waters on board an Italian ship, and therefore fell under Italian responsibility.

The terrorists were taken to the prison in Siracusa, where they were trialled and sentenced over the following years.

At the time, Abu Abbas was still considered as a mediator, and not the leader who had ordered the seizure.

Therefore, he travelled to Rome on board the Egyptian airplane, where he was then released before moving on to Belgrade.

It was only much later that Abu Abbas was charged and convicted in absentia for commanding the terrorist hijacking.