The construction of Italy’s Autostrada del Sole in 1964

Fifty-two years ago, on October 4, 1964 Italy became united by a long ribbon of asphalt when the Autostrada del Sole (Highway of the Sun) was officially completed. 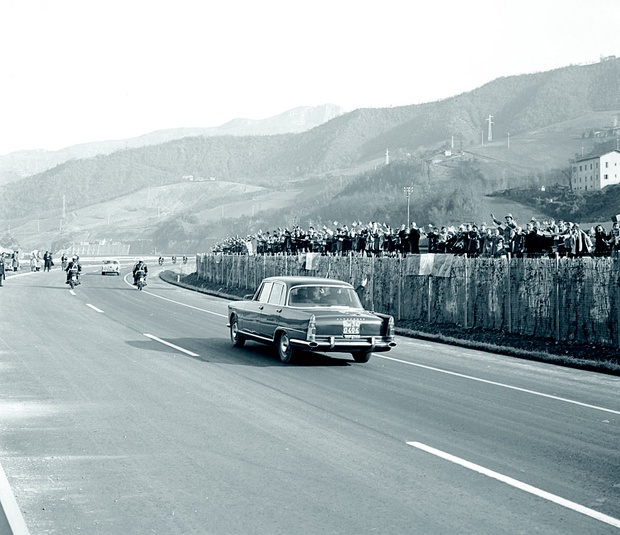 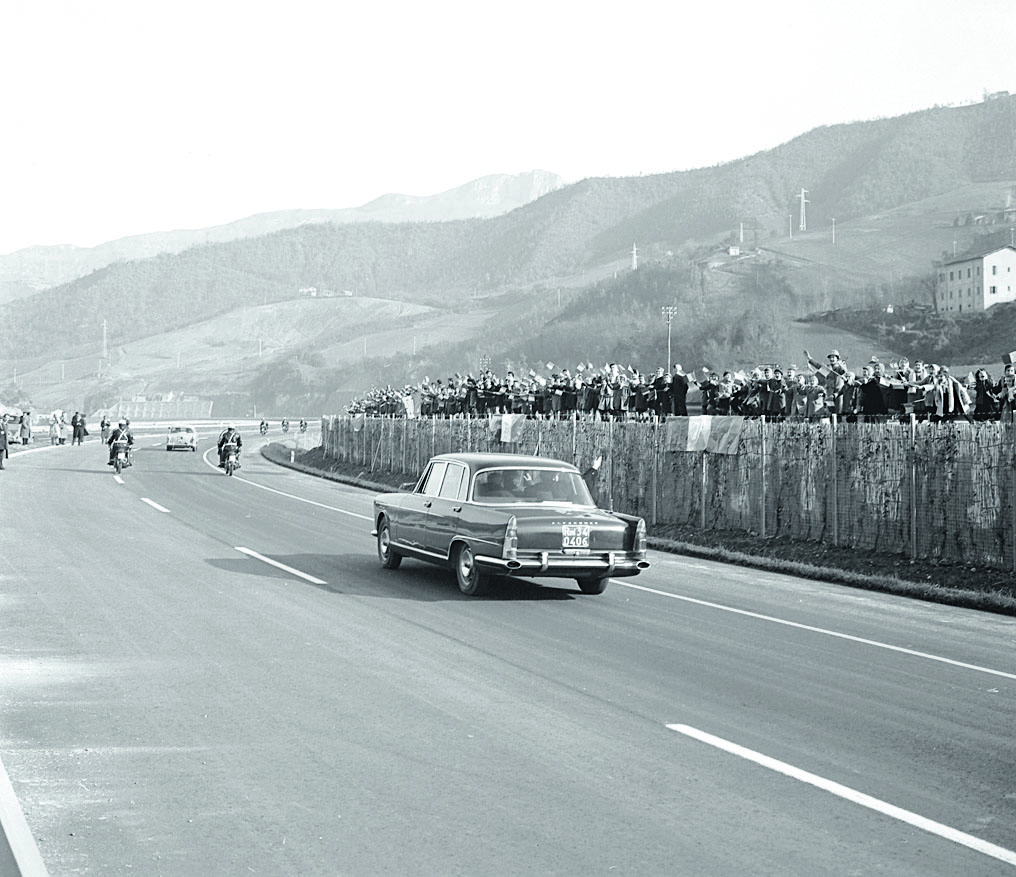 Conceived in the 1950s, the renowned highway that connects the symbolic northern city of Milan with the symbol of the south, Naples, was strongly desired by many as a way to boost the peninsula’s economy during the difficult years of post-war reconstruction.

The laying of the foundation began in 1956, and the three large branches, the Milan-Parma, the Bologna-Florence and the Rome-Naples, were constructed rapidly from 1958 to 1962.

The works were completed two years later, when the official inauguration of the project took place.

The Milan-Naples section covered a distance of 761.3 kilometres and was designed by a consortium of companies called the SISI, which consisted of Agip, Italcementi, Fiat and Pirelli.

The Autostrada del Sole was a masterpiece of civil engineering admired all over the world with its 400 bridges and 38 tunnels, but it did not come at an easy price.

Over the 15 million working days dedicated to the construction of the highway, 74 people died.

At the time, there was a Keynesian push to keep up the pace of economic growth through the leverage of public investments, and to give the Italian population a symbol of the nation’s achievements.

In fact, in 1964, the nation had already begun to change its colours, discovering a range of status-symbols of wellbeing, from the car to the refrigerator, from the Vespa to the Formica kitchen.

As a result, the customs and lifestyles of the nation had been radically modified.

The ruling class as a whole was at the height of great ambitions, not only of a highway that gave birth to the metamorphosis of a population.

The future did not scare the people and confidence was instilled in the mindset of the population.

Not surprisingly, already several months before the inauguration of the “Autosole”, the Great St Bernard Tunnel and the steelworks in Taranto were opened, while the Milanese began to travel on the subway.

The 'Autosole' project was based on the US highway model, out of a need for the construction of automated toll points.

On May 19, 1956 at San Donato Milanese, President Giovanni Gronchi laid the foundation stone of the most important project of the nation.

In 1960 the highway surpassed the Apennines, where most of the manpower among the mountain men was recruited to the site.

On October 4, 1964 then Prime Minister Aldo Moro had the honour of cutting the last ribbon.

With this event, Italy joined the most advanced Western nations and, as stated at the inauguration ceremony of the highway, it had become “più corta” (shorter).