Every day across the world, migrants make their way to a foreign place, about to embark on a new chapter in their lives. 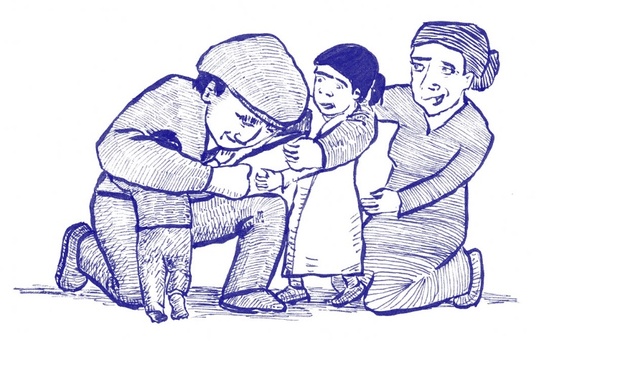 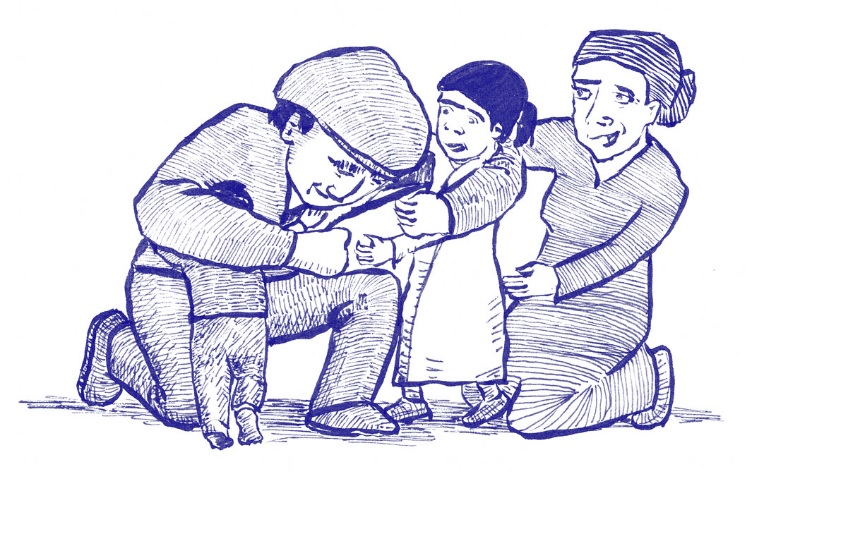 Over time these new arrivals settle, become acquainted with their unfamiliar environment and eventually become integrated into the cultural mosaic.

Melbourne-born artist, Joshua Santospirito has channelled his natural talent for writing graphic novels to explore the migration process, inspired by his own family history.

Published in 2015, Swallows Part One is a graphic novella created out of Joshua’s longing to learn more about his family’s migration story, and discover his own connection with Melbourne and the streets once walked by his ancestors.

“I’m using my family’s story to talk about how immigrants weave themselves within the fabric of the city that they’ve moved to,” Joshua said.

“I guess I was tracing my own background to explore how everyone, new arrivals or old arrivals kind of become one of us.”

The artwork from Swallows Part One is currently exhibited at the Immigration Museum in Melbourne until October as an addition to the ongoing Aeolian Exhibition.

Joshua’s great-grandfather, Antonino Santospirito made the voyage to Australia from the Aeolian Islands in 1892 after an insect wiped out many of the grape crops in his homeland, resulting in a collapse in the economy and forcing families to pack up and start a new life elsewhere.

When Antonino arrived in Melbourne, he earned an income by dealing in flowers and fresh produce, much like many of his fellow immigrants.

A few years after settling into Australian life, Antonino sent for his wife and children back home in Salina, including five-year-old Antonio, who was yet to meet his father.

Fast forward a few years, and the young Antonio had become a budding entrepreneur, supporting his family by running a successful flower stall while his father returned to Italy for a stint due to health reasons.

As the years went by, Antonio’s business flourished, and he became famously known as the "King of Flowers” on Flinders Street.

Two generations on, Joshua grew up with a strong knowledge of his grandmother, Lena Virgona, better known as “La Mamma degli Italiani”, due to her prominence within the Italian community in Melbourne.

Lena – whose family also migrated from Salina - earned her title from her warmth and hospitality, as she helped new arrivals settle in Australia in the wake of the war, providing a roof over their heads and setting them up with jobs and a fresh start.

The story of the successful yet shy businessman, Antonio, was not as well-known by his descendents, until Joshua’s father, Anthony decided to share it in a wonderful way.

“Dad wrote a little bound booklet and gave it to us…it told us the story of my grandfather’s life and gave us some sort of idea of his character and personality,” Joshua said.

“I just suddenly had this new window or insight into my family history and I kind of got excited.”

As Joshua discovered more about his grandfather, the talented artist began to feel his ancestors reflected in the city that they had moved to, had been changed by, and had in turn changed with their arrival.

“Every time I walked past that laneway behind Young and Jackson I can feel the presence of my grandfather, so I kind of like the idea that my ancestors are sort of still here and I can kind of get to know them,” Joshua said.

A return visit to Melbourne centred Joshua at an even more intimate encounter with his heritage, as his father guided him in the footsteps of his ancestors, explaining the significance of various “family sites”.

“That was really fun actually, and fun for dad too, because he hadn’t been to a lot of those places since he was a child,” Joshua said.

While putting together Swallows Part One was as much of a learning process for Joshua as it is for his readers, it has also brought the artist closer to his roots, forging new ties with the Italian community in Melbourne.

After having moved to Alice Springs for his nursing career, and living in various locations across Australia before most recently settling in Hobart, Joshua has become connected to his home city now perhaps more than ever with the release of Swallows Part One.

Joshua returned to Melbourne for the launch of his graphic novel at the Museo Italiano in Faraday Street, and is fresh from a visit to the Museum of Immigration, where he spoke about the book as part of the Aeolian Exhibition.

“I was never really super connected to the Italian community growing up; I just sort of had a pretty standard Australian upbringing in Camberwell,” Joshua said.

“Now, I’ve suddenly met all of these people and have this new network which I didn’t expect, and which was really quite nice.”

As the artwork of Swallows Part One currently lines the walls of the Immigration Museum, Joshua provides a sense of shared history for the collective migrant community in Australia, and a valuable insight into the experience of migration for the rest of society.

I’m using my family’s story to talk about how immigrants weave themselves within the fabric of the city that they’ve moved to.