A-League season to resume on July 16

The A-League has become the final football code in Australia to confirm the resumption of play, with July 16 targeted for the return of the 2019-20 season, although there is still no deal in place over broadcast rights. 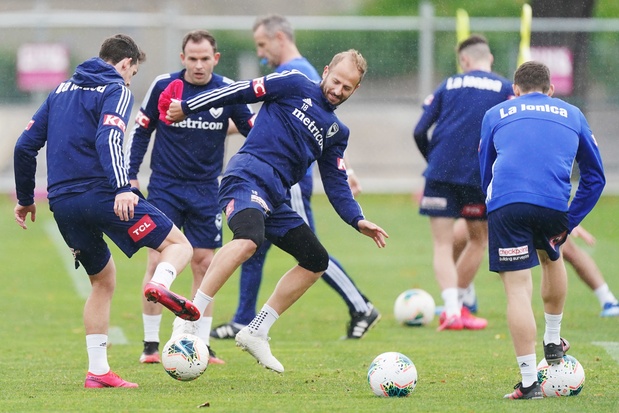 Georg Niedermeier of the Melbourne Victory is seen during a training session at Gosch’s Paddock in Melbourne on June 16, 2020. (Photo: AAP) 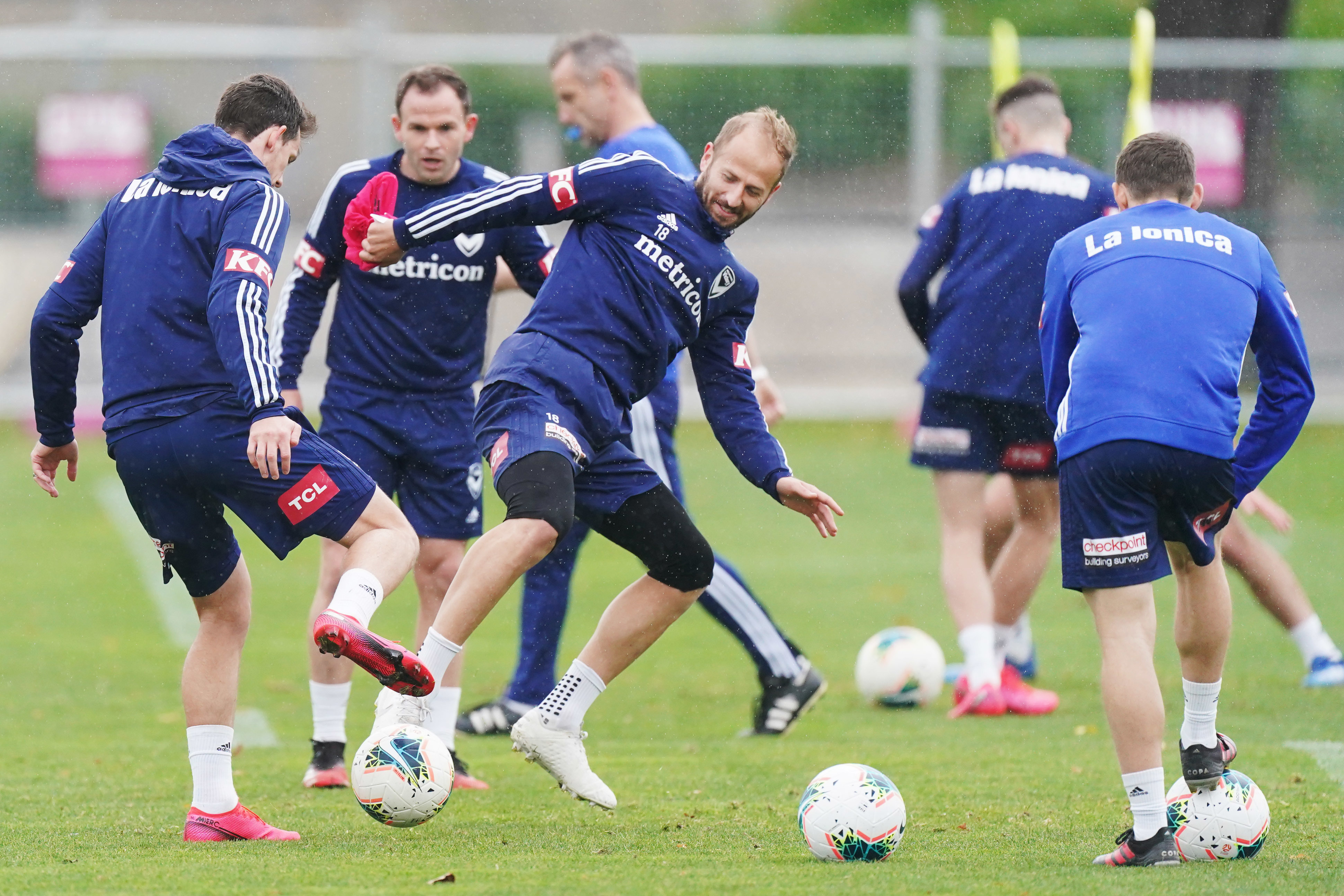 Georg Niedermeier of the Melbourne Victory is seen during a training session at Gosch’s Paddock in Melbourne on June 16, 2020. (Photo: AAP)

Football Federation Australia (FFA) announced its intention to go on regardless of a deal being struck with Fox Sports after players underwent coronavirus tests on Monday with the aim of returning to training this week.

The season will restart with Melbourne Victory taking on Western United at AAMI Park on Thursday, July 16, kicking off a 28-day period in which 27 games will be played to complete the regular season before the finals series takes place.

However, the detail for the remainder of the season is yet to be confirmed, due to the prospect of the further easing of state border restrictions.

“We have developed multiple draw options for the completion of the regular season,” head of the league, Greg O’Rourke, said in a statement on Tuesday.

“All options commence with Victory taking on Western United at AAMI Park followed by a game between the table-topping Sydney FC against third-placed Wellington Phoenix at Netstrata Jubilee Stadium the following day.

“The reason for having multiple draw options – which our clubs are across – is due to the fact that over the next few weeks there may be additional relaxations in border restrictions and travel movements in Australia, which may enable our clubs from Victoria, Queensland and South Australia to remain and play in their home cities, rather than relocating to New South Wales to complete the season.”

FFA said it was still in talks with Fox Sports over a revised deal to cover the remainder of the suspended season.

A deal has been signed between the FFA, clubs and players associations to agree the latest the season can run is until August 31.

“We are confident that we will be able to release the revised draw for the completion of the A-League 2019/20 season soon,” O’Rourke said.

He added that the expected relaxation of restrictions from July 1 was likely to allow the league to finish the season with some fans in stadiums.