Alitalia touches down in Brisbane for first time in history

On Saturday, July 22, an Alitalia airplane touched down in Brisbane for the first time ever. 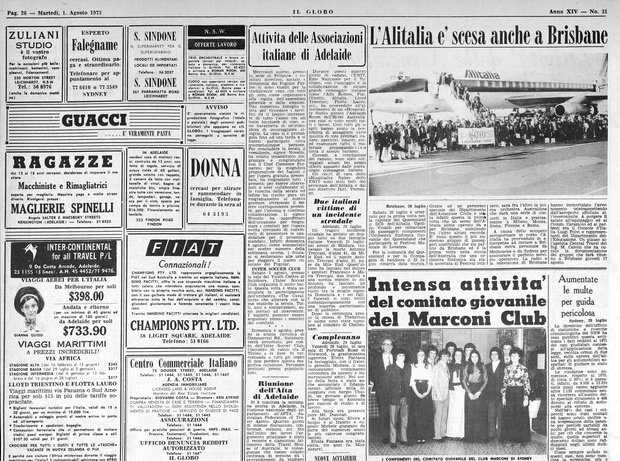 The DC8 Ugolino Vivaldi aircraft picked up 120 members of the Queensland Youth Orchestra, who will participate in the Lausanne Music Festival.

It was a historic day for both the community of Queensland and the Italian flagship carrier.

Thanks to special permission from the Department of Civil Aviation, it’s the first time an Alitalia plane has flown from and for Brisbane.

In another record, it was the largest number of Australian passengers to fly out of Brisbane and marked the first time in the nation’s history that an Australian symphony has been accepted at the Swiss festival.

The group will also be the first Australian symphony to perform a series of concerts in Italy – in Milan, Monza, Siena, Florence and Rome, to be precise.

Due to the current airport strike, Alitalia hurried to send extra staff to Brisbane from Melbourne and Sydney to ensure exceptional service for the special occasion.

Italian Consul General Luigi Fulvi was there to greet the crew, along with representatives from the Department of Education.

The musicians will return to Brisbane on Thursday, August 17.

This story appeared in the Tuesday August 1, 1972 edition of Il Globo.