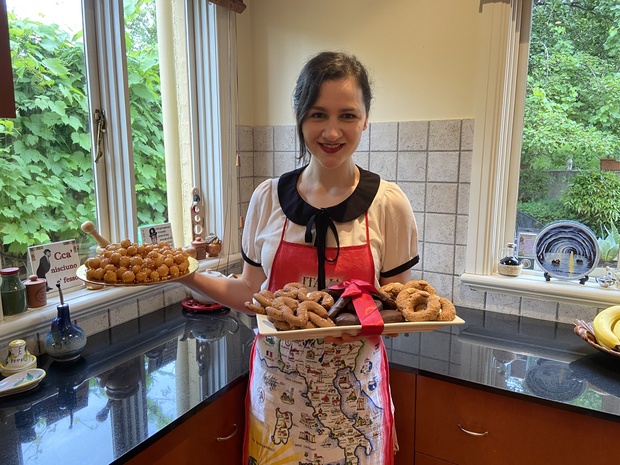 Annalisa Cercone showcasing some of the Neapolitan Christmas sweets available for the festive season. (Photo supplied) 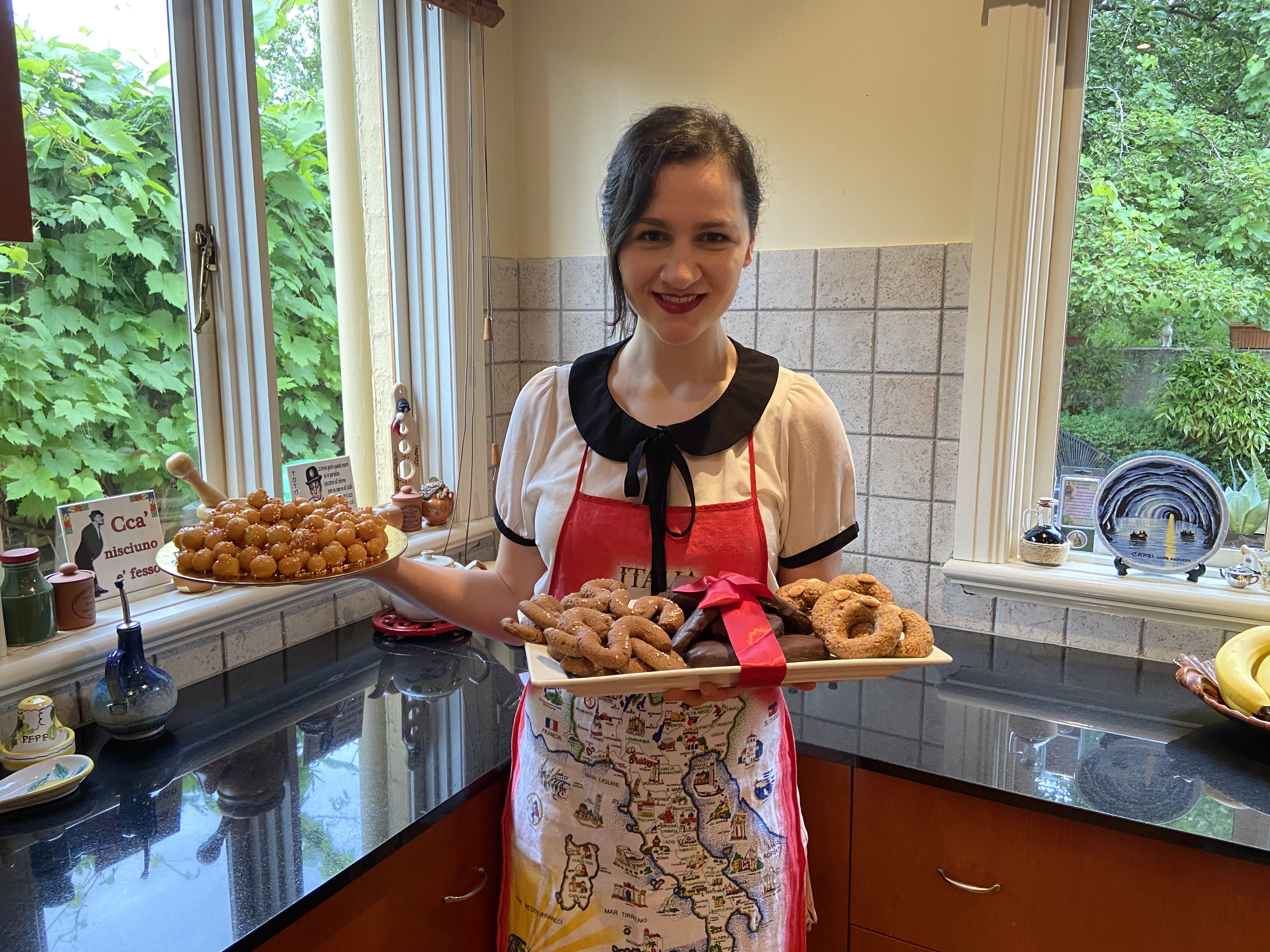 Annalisa Cercone showcasing some of the Neapolitan Christmas sweets available for the festive season. (Photo supplied)

The granddaughter of Italian migrants, from Abruzzo on her father’s side and Naples on her mother’s, Annalisa Cercone has spent many Christmases indulging in southern specialties such as struffoli, mostaccioli, roccocò and susamielli.

“I grew up across the road from my maternal grandparents in Melbourne’s north and that really shaped who I am, from the food I ate to the music I listened to and the dialects I heard,” she said.

“My upbringing was very Neapolitan in that respect.”

Having spent the festive season in Naples with her family last year, 25-year-old Cercone witnessed first-hand the significance of these sweets and the traditions they’re intrinsically linked to.

“It was such a delight to see the famous market on Via San Gregorio Armeno, in the historic centre of Naples,” she said.

“It has the most beautiful stalls with handmade crafts and artisanal nativity scenes with a Neapolitan twist.

“The pasticcerie around the market were all selling traditional Christmas sweets.

“Obviously I was familiar with them because of my grandparents, but it made me realise that I’d never seen any of them outside of Italy.”

As a tertiary student, Cercone worked at one of Melbourne’s biggest Italian pasticcerie and she can’t recall having ever seen Neapolitan sweets on the menu over the three Christmas periods she was an employee there.

Despite having been around for centuries, some of the recipes aren’t even found beyond Naples itself.

“I believe there are certain parts of Italy that dominate the dessert scene and what we know of Italian sweets outside of Italy,” Cercone explained.

“Most of the pasticcerie in Melbourne aren’t run by a Neapolitan so there’s a stronger influence from other parts.

“I thought it was such a missed opportunity.”

During Melbourne’s lockdown in response to the coronavirus pandemic, Cercone breathed life into a passion project: selling Neapolitan Christmas sweets for the upcoming festive season.

“I thought it would be really good to share these sweets and brighten Christmas for people after what’s been a hard year,” she said.

Cercone has been working on the initiative for the past few months, testing recipes and taking care of business, such as getting her kitchen certified by her local council.

Her labour of love has been carried out alongside her full-time work for the Victorian Government’s Department of Premier and Cabinet.

Cercone said she’s enjoyed sharing the experience with her mother and carrying on the traditions of her late grandmother.

“As I’ve been refining the recipes and making them my own, I’ve been able to refer back to what nonna did,” she explained.

“Mum has been tasting them and telling me if nonna would’ve done something different.”

Cercone said the sweets’ appeal is their rareness and their unique flavour combinations.

“People never would’ve experienced these dishes before unless they’ve been to Naples,” she added.

“There aren’t that many people who make them anymore because they’re a lot of work and very time consuming, with regards to letting the dough rest, frying and multiple rounds of baking.”

One of the main ingredients in many of the sweets is a pisto, a Neapolitan spice mix comprising nutmeg, cloves, cinnamon, star anise and white pepper.

“Southern Italy is a real melting pot of all the cultures that have passed through over the years; that’s where the spices would’ve come from,” Cercone explained.

“The pisto gives the sweets that Christmassy taste that they’re all known for.”

Each of the specialties also boasts its own fascinating history.

“They’re said to be ‘cousins’ to the Greek loukoumades with their origins dating back to Magna Graecia, when the south of Italy was largely occupied by Greek settlers,” she explained.

“Nuns would prepare them as Christmas gifts for noble families who had served well throughout the year.”

Cercone will be making the struffoli into wreaths and offering customised toppings.

Two other sweets on the menu also have their roots in religion: the rounded roccocò and the S-shaped susamielli.

Both are biscuits and were invented in convents in the 1300s and the 1600s respectively, while the latter are often eaten on December 8 to celebrate the feast of the Immaculate Conception.

Meanwhile, mostaccioli are chocolate-dipped biscuits with a sweet and spicy centre that take their name from mosto, or “must” – a juice made from the seeds, stems and skins of fruit.

“Locals used to make mostaccioli with this cheaper ingredient many years ago and the recipe has since come to incorporate more expensive ingredients, such as spices, almonds and chocolate,” Cercone said.

Following the launch of the project on her Instagram page, Cercone announced her product range in a series of posts last week.

The initiative will offer Melburnians the chance to enjoy an unusually sweet and spicy festive season that celebrates the age-old traditions of Italy’s deep south.

For more information or to make an order, visit Cercone’s Instagram page or send her an email.