Arancini Art brings a slice of Sicily to Melbourne 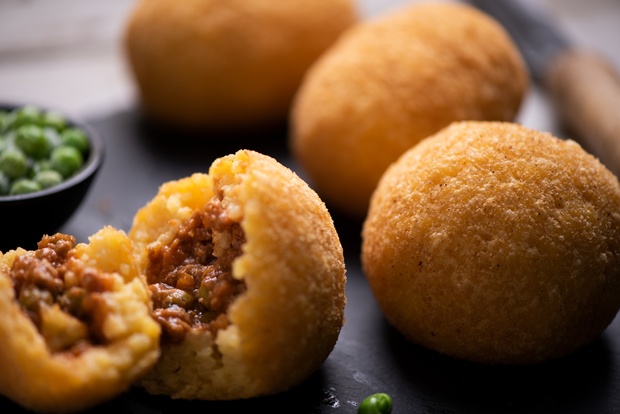 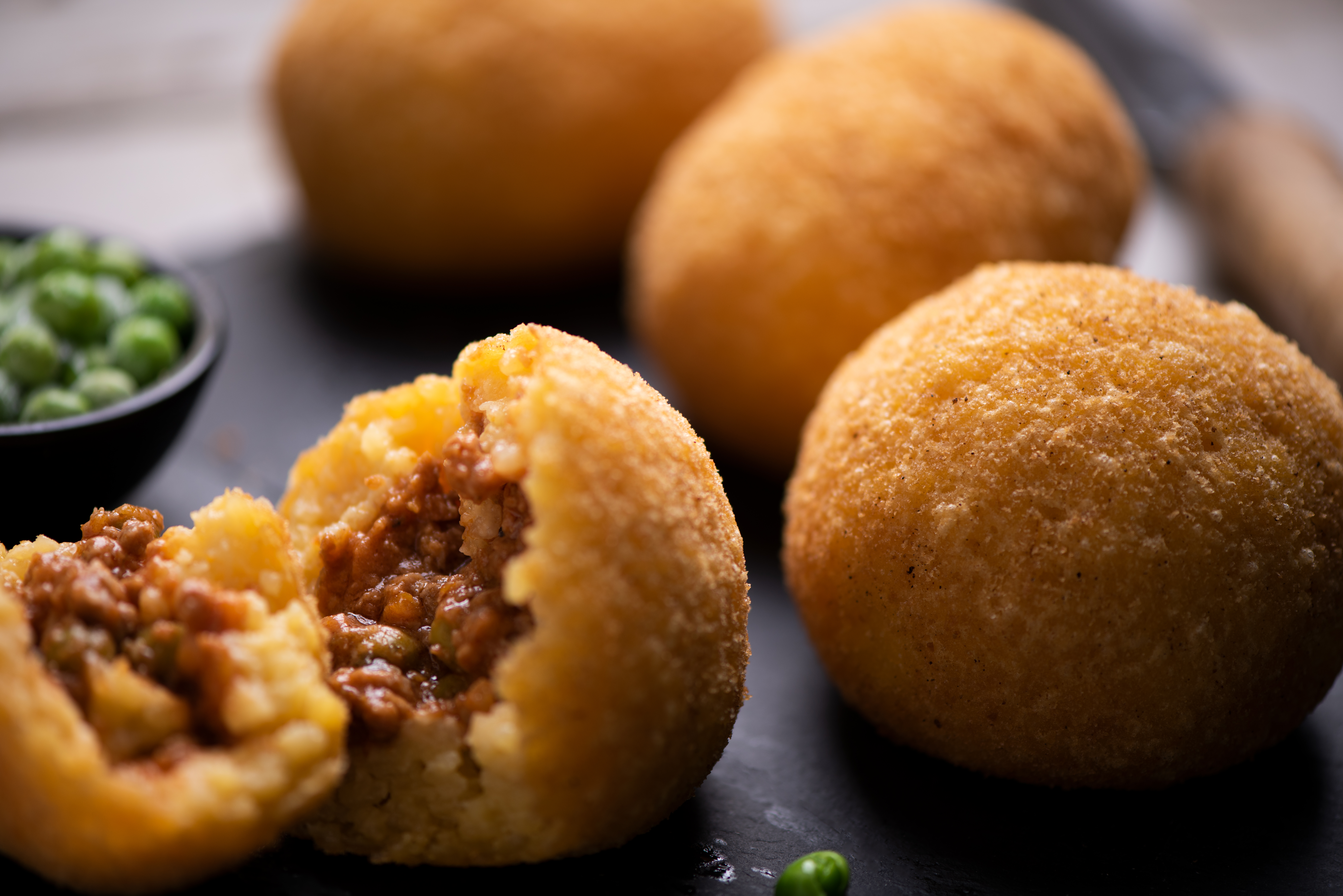 The Accademia della Crusca argues that both arancini and arancine are correct, even if the masculine form is the one used in all Italian dictionaries.

However you prefer to call them, arancini are balls or cones (to symbolise Sicily’s Mount Etna) of rice that are stuffed, coated with bread crumbs and deep fried.

The origins of the specialty are contested, but given the presence of saffron, it is believed to date back to the Middle Ages, when Sicily was under Arab rule.

Historians claim that during this time, the Arabs ate rice balls seasoned with saffron in a meat sauce.

The addition of breadcrumbs is traced back to the court of Frederick II of Swabia, who wanted something tasty to eat during hunting parties.

Coated in crunchy breadcrumbs, the dish could be stored and transported easily.

Since those times, arancini (as well as pizza) have become the epitome of Italian street food.

The specialty is certainly Sicily’s biggest export, spread all over the world thanks to Italian migration.

To prepare arancini, the rice is cooked al dente in stock until the latter is completely absorbed.

The rice is then set aside to cool on a marble surface.

The rice is then formed into discs and a portion of meat or vegetable filling (generally ragù, peas and caciocavallo), is placed in the centre of each disc.

They are then moulded into balls with a diameter of around eight to 10 centimetres.

The balls are coated in a smooth batter of water and flour, followed by breadcrumbs, then deep-fried.

The name derives from their original shape and their golden colour, which is reminiscent of oranges, or arance in Italian.

Riccardo Siligato and Massimo Minutoli bring these balls of goodness to Melburnians at Arancini Art, which they opened in Epping in 2010.

Rome native, Siligato, who once managed a restaurant near the Trevi Fountain, came up with the idea with his wife, Josanne Rizzo, who grew up in Australia, to “export” a piece of Sicily that was still missing on the Italian food scene here.

They had initially thought of supplì, but the idea obviously did not satisfy the Australian public, and then, since the couple are both of Sicilian heritage, they made a slight detour, moving towards arancini.

With great passion, respecting Italian traditions and using the best Australian products combined with some imported ones, Siligato and his team began producing the famous rice balls, selling them in refrigerated packs, ready to cook and serve.

The concept was a hit; a decade later, Arancini Art produces more than 20,000 arancini a week, and 6000 deliveries are made to almost 600 customers, including prestigious food stores, cafes, bars and restaurants.

After experimenting with various fillings, today Siligato focuses on the traditional ragù filling, but also offers arancini with cheese, radicchio and gorgonzola, alla norma (eggplant and ricotta), and with pumpkin, sausage and pesto.

There are even vegan varieties on offer.

Then there are the gourmet arancini, filled with truffles and porcini mushrooms, or with sundried tomatoes, pesto and feta cheese.

Building on its initial success, Arancini Art decided to broaden its horizons with a wide range of products, ranging from potato croquettes, to olives all’ascolana, pizza bases, stuffed calzone, eggplant polpette and lasagne.

During Victoria’s lockdown, Siligato and his team also opened a store, located at their Epping headquarters, selling not only their products, but also oil, flour and fresh pasta.

This too was a brilliant intuition of the brains behind Arancini Art, which is in the process of moving the production line to a larger factory, also in Epping (on the same street as the original headquarters), where there will also be a shop with special storage sections for fresh cheeses and cured meats.

We can also say, even if the news is not yet official, that there will also be a restaurant space with a wood-fired oven.

Inspector Montalbano was right when he said that arancini are an art form, and now Australians can appreciate them too, thanks to Arancini Art.